Eaton and Telensa are joining forces to supply connected smart-city lighting systems while Eaton also plans to return to its former Cooper name later this year. 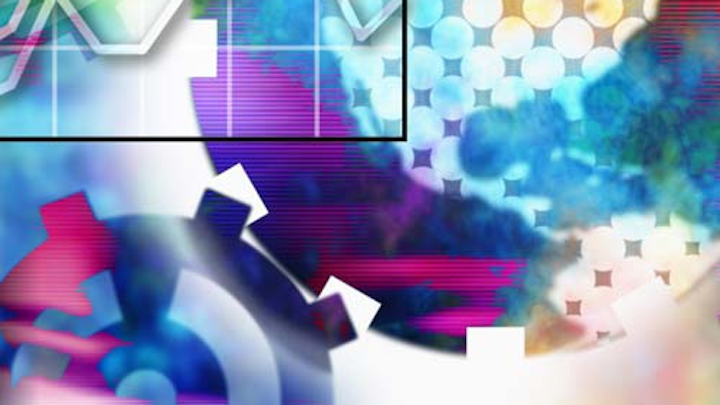 Eaton lighting and Telensa have announced a collaboration focused on smart LED street lighting and the utilization of connected solid-state lighting (SSL) products as a basis for smart-city applications. Eaton has also announced that the lighting business unit will return to its roots and be spun out as Cooper Lighting Solutions later this year. The US Department of Energy (DOE) has launched a sustainable luminaire manufacturing contest, although the stakes are low. Tridonic became the second major SSL player to publicize participation in enabling the stunning lighting design in the new Beijing airport.

The move by Eaton Lighting and Telensa to collaborate will likely be quite symbiotic. Eaton is a market and technology leader in smart and connected SSL for indoor applications with platforms that scale from a single room to the enterprise with Internet of Things (IoT) support. At LightFair, the company announced Trellix as the brand and technology platform that unites the broad smart SSL portfolio. We did a video interview at the event with Eaton on the topic. But Eaton has not had as large of a presence in connected outdoor SSL applications.

Telensa, meanwhile, has made claims about enabling some of the largest municipal and utility networks around the globe. The company has a robust central management system (CMS). But Telensa does not manufacture luminaires.

The press release about the partnership clearly identified the opportunity and the obstacles. “The outdoor lighting controls market is fragmented, with many vendors having a limited deployment footprint. We know the industry is looking for resilient turnkey solutions that are proven at scale and with the largest city and utility lighting networks, which is why we are excited to join forces with Eaton Lighting as smart LED street lighting enters the mainstream,” said Will Gibson, founder and chief commercial officer at Telensa. “By combining our companies’ proven leadership in LEDs and smart controls, we will accelerate the path to smart cities driven by street-light infrastructure.”

Still, it’s not completely clear how the two will work together. “Cities and utilities are looking for simple, scalable solutions for smart LED street lighting that can grow into a full smart city infrastructure,” said Bob Smith, director of connected communities at Eaton Lighting. “Streetlights are an ideal location to deploy connected technology solutions, and we look forward to continuing to work with Telensa to make the vision of the smart city a reality.”

Back to the future

In a separate brief announcement, Eaton also provided some guidance on the future of its lighting business. Back in March, Eaton had said that it would spin the lighting unit out as a publicly traded company. But that announcement lacked details such as a name although there has been speculation all along that the business would return to its Cooper brand.

Recently, the company released this short statement. “Today we revealed to employees that Cooper Lighting Solutions will be the company name and brand that will represent the Lighting business as an independent, publicly traded company following the anticipated spin-off of the business later this year,” said Curt Hutchins, group president of the Eaton Lighting Division. “The new name reflects a legacy of innovation as one of the world’s leading providers of LED lighting and control solutions, and it signals a focus on connecting technologies, collaboration and new ways of thinking. We’re excited to share this important news with all of our stakeholders, and we look forward to providing additional updates as they become available.”

Moving to the DOE contest, the announcement came from the Building Technologies Office as opposed to the SSL program. The agency’s office of Energy, Efficiency and Renewable Energy (EERE) had partnered with the website freelancer.com to encourage a grass roots response focused on manufacturing challenges — the program was called the Manufacturing Innovator Challenge.

Now EERE has announced the Sustainable Manufacturing of Luminaires Prize as part of the Manufacturing Innovator Challenge. The announcement noted that most luminaires today relay on aluminum and other dense structural and thermal elements. Meanwhile, the transition to LED and SSL sources allows the usage of more innovative materials.

Still, the program lacks the impact of earlier DOE programs that moved the SSL industry. We covered the L Prize program from its announcement through confirmed entrants to Philips Lighting North America capturing the $10 million prize for design of a replacement lamp for 60W incandescent bulbs. The new Sustainable Manufacturing of Luminaires Prize will result in awards of $6000 and $3000 for the development of sustainable manufacturing concepts. Entry is on the freelancer.com website. While the latest DOE prizes might not produce a "wow" moment, the new Beijing Daxing International Airport has opened for business to wows for various superlatives. China has said the starfish-shaped facility (shown in the nearby photo) is the largest airport in the world and that it would soon be the busiest in the world. And the architecture and lighting design are spectacular. We recently covered the custom luminaires that Osram developed for the project. Now Tridonic has detailed its contributions to the project.

“We are delighted to be involved in this globally significant mobility project. Thanks to our broad portfolio and the expertise of our team, we were able to quickly find appropriate solutions and meet the requirements of the airport authority,” said Christoph Zimmermann, senior vice president of global sales and communication at Tridonic. “With our solutions we are helping to make Beijing Daxing airport a pleasant place for millions of passengers.”