Taiwan’s Getac is working with pureLiFi and looks likely to do away with dongles in transmitting information via lightwaves. 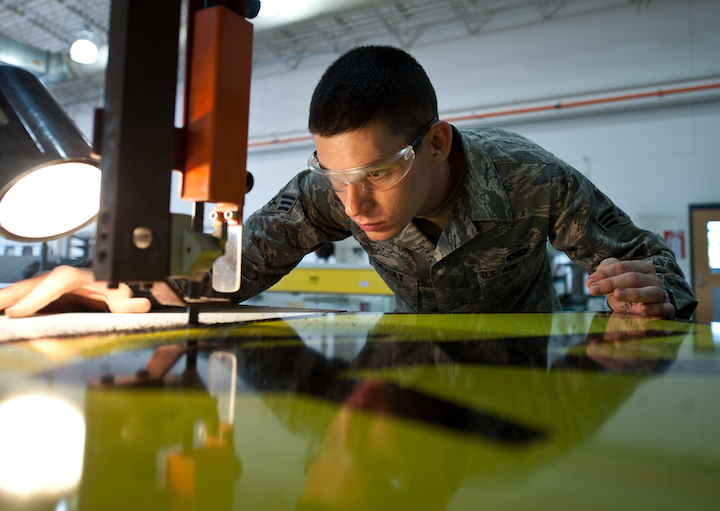 In the future, workers might use Li-Fi in a variety of rough and tough environments. (Photo credit: Image by skeeze via Pixabay; used under free license for commercial or noncommercial purposes.)

One of the main things holding back Li-Fi from general adoption is the absence of any end user devices that embed the technology, which currently requires attaching a dongle to a laptop, tablet, or other personal electronics. Now, Scottish pioneer pureLiFi has taken a step toward resolving that issue.

The Edinburgh company said that Taiwan’s ruggedized laptop and tablet maker Getac is considering embedding pureLiFi chips into products that Getac makes for harsh physical settings including military and workplaces where gadgets can take a beating.

Li-Fi uses modulated light waves from LED luminaires or other LED light sources — rather than the radio waves of Wi-Fi and cellular — to wirelessly transmit data and access the Internet. It will potentially open up a vast amount of spectrum that would help alleviate a Wi-Fi bandwidth crunch, and minimize the delays and interference associated with Wi-Fi.

It is also more secure than Wi-Fi, given that it requires a direct line of sight to access.

Getac is examining possibilities for the technology via its European, Middle East, and Africa (EMEA) group.

“Getac will continue to evaluate the technology with customers to understand the best use cases for their core industries, with a view of designing Li-Fi into future devices as part of the Getac portfolio,” the two companies said in a joint announcement.

The companies did not indicate which scenarios they think would be most likely to deploy ruggedized Li-Fi. Getac’s products are used by military and police groups, by manufacturers such as automobile makers, by outdoor work crews, and others.

“We look forward to leveraging on this highly innovative technology to provide customers with secure and reliable products that will further enhance productivity and safety in the workplace,” said Amanda Ward, Getac director of EMEA products and solutions.

Although the two companies described Getac’s level of interest as an evaluation, they strongly suggested that Getac will indeed move forward with commercializing the technology.

“Getac will be the first device company to put Li-Fi onto their product roadmap and deliver to their customers unprecedented security, reliability, and bandwidth by doing so,” said Nikola Serafimovski, pureLiFi vice president of standardization and business development.

In another recent step forward for Li-Fi, Air France trialed the technology on a flight from Paris to Toulouse, using a Li-Fi system from French vendor Oledcomm. The airline has expressed interest in using it for onboard Internet service in future flights.

Meanwhile, Signify has partnered with Latécoère — the French avionics integrator on the Air France flight — and with South Korea’s Huneed Technologies, to help make inflight Li-Fi a reality.

General acceptance by device makers in the consumer market probably won’t happen until a standards battle settles down. Signify backs a scheme endorsed by the International Telecommunication Union, while pureLiFi and others prefer the Institute of Electrical and Electronics Engineers approach.