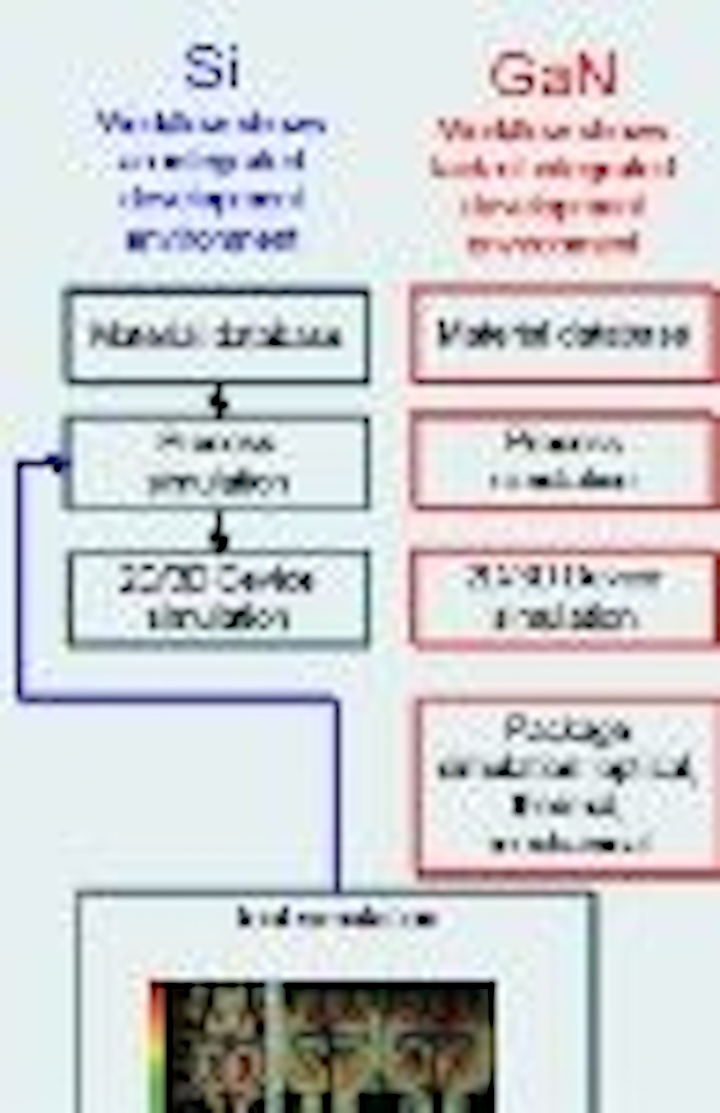 Yesterday kicked off the manufacturing conference portion of Strategies in Light. Presenters discussed various methods of reducing manufacturing costs, from improved automation and standards implementation to new packaging technologies. LED manufacturers must be aggressive to achieve such cost targets as the $2 per kilolumen by 2020 which is highlighted in the R&D roadmap by the US Department of Energy (DOE). In his keynote talk, Iain Black, vice president of manufacturing engineering and innovation at Philips Lumileds said that one way LED manufacturers can be more efficient is to develop more flexible, scalable and responsive manufacturing processes. He said that his company is moving the differentiation of its products to the latter portions of the product flow, which allows for faster cycle times, potentially higher yields and better management of LED inventories. “This will simplify the front end processes, while also reducing the number of different die types,” he said.

Black said that manufacturing complexity is one of the greatest challenges he faces with a very diverse array of LED applications and thousands of LEDs that need to be matched together. Philips Lumileds is moving to more standardized products that become differentiated toward the end of the manufacturing process. “We still will have custom solutions in cases of very large customers or niche products, but the practice of customizing single-die emitters for lighting is no longer practical,” he added. He said that Philips Lumileds is going to begin to emphasize LED arrays more, another strategy that will allow for product differentiation later in the process.

Black’s presentation was followed by an overview of LED fab activity by the president of SEMI America, Karen Savala. SEMI has estimated that there are 142 LED fabs in operation worldwide, though some new fab tooling has been stalled recently due to the market slow down. “We see some overcapacity, but we believe this will be a short term issue,” she said. Savala also provided an update of sapphire substrate prices, which had fallen to a new low of $10 per 2-inch substrate by the end of 2011.

Savala talked about the some of the cost benefits that the LED industry could gain from standardization. She noted that current there are over 30 different 6-inch sapphire wafers products on the market due to the lack of standardization. In 2010, SEMI organized the HB-LED standards committee and there are currently four task forces for LED manufacturing. They cover the geometric standards for 6-inch sapphire wafers, hardware and software interfaces for automation, defect metrology for sapphire wafers and ESH (environmental, safety and health) aspects of LED manufacturing.

Jacob Tarn, president of TSMC Solid State Lighting Ltd. also discussed cost reduction strategies that TSMC has borrowed from semiconductor manufacturing and plans to apply to LED manufacturing. Tarn noted, however, critical differences between LED and semiconductor manufacturing. Most importantly, LED manufacturing requires extensive knowledge of materials engineering, bandgap engineering, defect engineering and stress management, all of which can affect LED light quality, reliability and lifetime. He said, for instance, that the understanding of defect behavior within specific materials is still being developed, as is the understanding of interface behavior between heterojunctions.

Tarn added that there is a need for an integrated development environment in LED manufacturing (Fig. 1) that includes device and process simulation such as that which exists in semiconductor manufacturing. “The GaN industry has not had enough databases to build the infrastructure so many developments have been empirical,” he stated.

TSMC has plans to utilize the advantages of 8-inch manufacturing throughputs in LED manufacturing. For instance, Tarn talked about growing epilayers on 4-inch or 6-inch substrates, then transferring the GaN epilayer to 8-inch wafers for further wafer processing including wafer-level packaging processes. Other mainstays of the semiconductor process control world, including run-to-run control, data mining and equipment tracking can be applied to LED manufacturing.

Tarn’s presentation was followed by a review of the DOE’s manufacturing roadmap by Jim Brodrick, the US DOE’s solid-state lighting program manager. “High first cost is the most frequently cited impediment to adoption of solid-state lighting,” said Brodrick. He added that the roadmap allows companies to identify common goals and best practices while addressing roadblocks. Two priorities in the roadmap include the development of flexible and cost-effective manufacturing methods for LED modules, light engines and luminaires as well as high-speed, non-destructive test equipment for key stages in the manufacturing process.

Brodrick emphasized that cost reduction while maintaining high-quality manufacturing all comes down to one metric: binning yield. The roadmap outlines improvements in upstream process control, non-destructive testing, manufacturing automation, and advanced packaging schemes that can lead to such higher binning yields. Some of the DOE active projects are summarized in the table.

Raja Parvez, CEO of Rubicon Technology talked about the advantages of progressing to larger-diameter sapphire substrates. “I believe the LED industry will follow the same path as the semiconductor industry in progressing to larger wafers to reduce costs,” said Parvez. Interestingly, however, semiconductor manufacturers had two drivers pushing them to larger and larger wafers – increasing semiconductor die size and the need to produce more die at a lower cost. LED manufacturers only share one of these drivers because the LED die size is not increasing incrementally.

Abdul Lateef, CEO of Plasma-Therm, a maker of PECVD tools, discussed the need for different equipment platforms based on the stage of LED manufacturing. For instance, Plasma-Therm offers both single wafer PECVD systems as well as batch tools. He provided an example of how in-situ metrology is helping to automate the process. “We have equipped the tools with optical emission interferometry which uses the light from the plasma to monitor film thickness,” he said. Lateef also commented that in many instances, LED manufacturers would purchase only a single tool for a single processing step in early stages of manufacturing, which makes tool monitoring and data tracking more difficult. As LED manufacturers have ramped capacity and purchased more tools, the implementation of intelligent data analysis, centralized recipe management, tool utilization tracking and maintenance scheduling become more manageable.