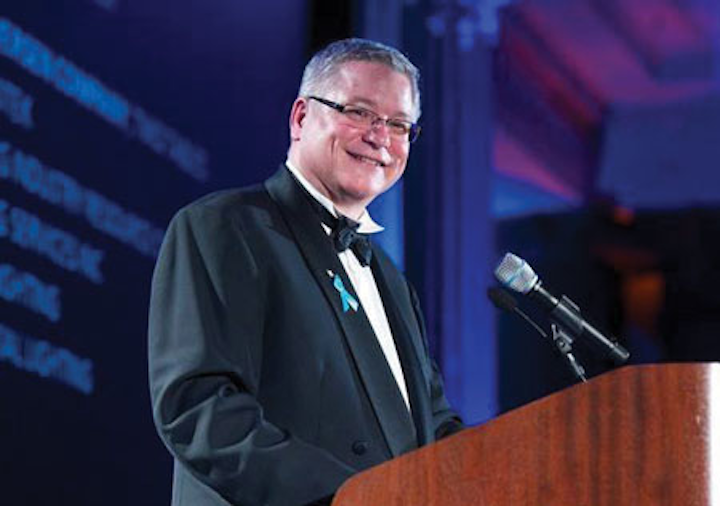 On occasion, LEDs Magazine will deliver additional articles that cover questions asked during webcast presentations that dig a little deeper into solid-state lighting (SSL) and LED technologies, markets, and trends.

During a November webcast, Mark Roush, an independent lighting consultant and past president of the Illuminating Engineering Society of North America (IES), painted a powerful picture of the game-changing possibilities of LED-based smart SSL. He spoke not only of potential but illustrated examples of how connected lighting, sensors, software, and internal building systems can deliver information that empowers commercial building users and facilities managers to make the environment work for them. Noting case studies such as The Edge, the Deloitte headquarters building in Amsterdam, Roush drove home the points that these smart lighting systems can continue to evolve beyond the well-established energy benefits to deliver a safer, more secure, and more productive environment that is adaptable to those who occupy it.

Chief editor Maury Wright and Roush turned to a discussion of Power over Ethernet - networking technology that has been available for some time and is now being used as an alternative to traditional AC mains power for SSL installations - and how it can deliver additional advantages when used to network smart lighting systems. 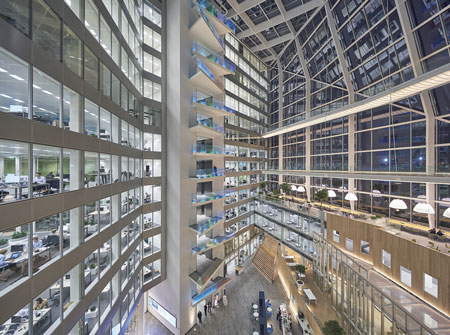 The Edge building in Amsterdam features the largest PoE installation that is used to power and connect SSL fixtures, enabling individual control of light as well as location-based services and flexibility in using and maintaining the space.(Source: Photographer Ronald Tilleman, tilleman.nl.)

LEDs: Your message [about PoE] is that it's going to be a huge enabler of this vision that you presented, especially indoors. Right?

Mark Roush: That's correct. So the point is that sensors need two-way communication; and that data needs to be collected, analyzed, and the responsiveness in the lighting and building systems needs to come from that analysis. This is a two-way thing happening at the speed of the Internet of Things, right. Having the sensors connected through an Ethernet system and having that data communication is essential to this. And as long as the sensor is in the light fixture, you might as well power the light fixture. So Power over Ethernet is simply a vehicle - a tool, if you will - to enable both the powering of the lighting system, its addressability in a digital world, and also the sensor arrays that allow me to collect data and give the kind of responsiveness that [this presentation] talks about.

LEDs: And really the point is that PoE has been with us for many, many years like you said, powering and networking things like speakerphones...all the wireless access points in commercial facilities are powered by Power over Ethernet, and the wireless communication is backhauled over that same Ethernet cable, which means you don't have to figure out a way to plug a Wi-Fi access point into an AC wall adapter.

Roush: Right. So what we're seeing is that many of the interior luminaires that are LED based are under 40W and these switches exist to power 8 or 10 of them depending on the manufacturer at the current wattages. There are new ones coming in now at a maximum of 60W or ultimately a maximum up to 90W, which will be useful in industrial-type environments. Basically, we're going to be able to provide this "interconnectability" and these location-based services and information at many scales and in many kinds of spaces.

The building I showed you [in the webcast] has been in operation for about 4 years, The Edge, and that is certainly an "alpha" site. Cisco is kind of a beta site installation as with others that are in North America and in Europe, and even in Asia. And the equipment is readily available; bringing it all together is somewhat customizable. But the idea is that the technology is there, the ability is there, and the more and more users we get, the more plug-and-play and off-the-shelf these pieces of equipment will ultimately become. We are not far from the moment when things are done very, very differently than they've been done in the decades prior. 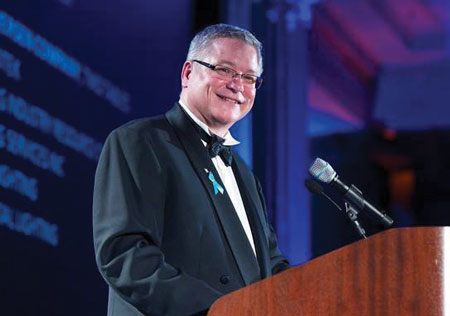 LEDs: And you touched briefly on this, but we really never got into detail about what Power over Ethernet can deliver in terms of ease of installation, when the build-out is happening. Does all of the Ethernet cable become an unruly mess because you're powering all of these luminaires with Ethernet cables? Maybe you could discuss a little bit about what that is an alternative to in an unruly and costly build-out.

Roush: Well, you still have to run power to the switch. There are any number of switches - located either in satellite locations or above the ceiling, but you have to run hardwired power to the switch. From the switch, all the power is coming through the Ethernet cable. And so yes, you can have a bundle of cables, but each switch is doing about 10 light fixtures; so it's not quite the unruly mess that you might perceive.

And the truth of the matter is it doesn't have to be done by an electrician. And there is where the savings really lie. An electrician powers the switch but beyond the switch is the same as running communication cable. That's an entirely different union, if you will, an entirely different degree of safety; and, in fact, in a plug-and-play world, this is really an easy thing to do. After the luminaires are in fact powered, then you can come back in and through software, if you will, zone them to be controlled in ways and with a degree of flexibility so that you can rezone things after installation - which is the beauty of the digital world we live in. But it is the reduction in the hardwire for every fixture home-run that we do, for every existing installation, that actually saves the majority of the installation cost in building installations.