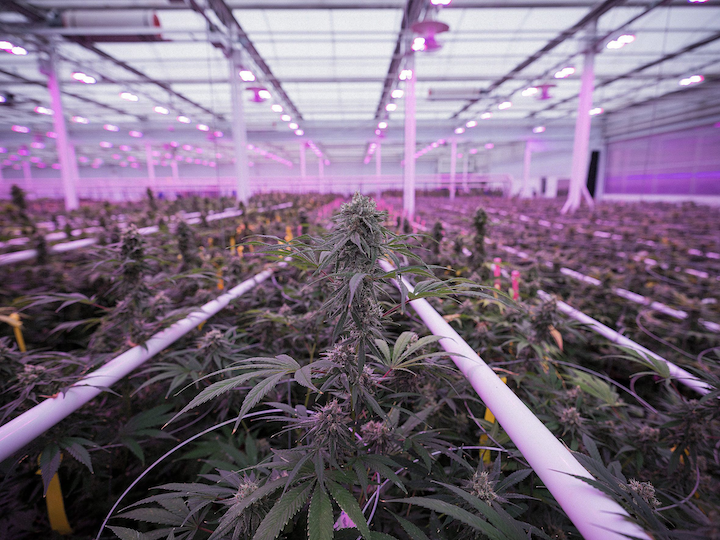 Agriculture was one of the original growth business opportunities dating to the New Stone Age, and the practice of farming commercially has continued to this day. But frankly, it’s rarely been truly exciting — until today. Technology has come to agriculture in a major way, led principally by easily-controllable LED lighting. Tech has arrived on the scene, along with solid-state lighting (SSL), just in time as the world’s food supply will face incredible pressure going forward. And large-scale venture investments provide proof of the broad interest. Moreover, the interest goes beyond food with crops like cannabis and hemp promising rich rewards. Meanwhile, the populace needs more vegetables and leafy greens. Let’s look at some of the latest financial and technology developments heading into our HortiCann Light + Tech Conference (see sidebar below for details).

Let’s start with the interest from the venture investment community into agricultural or horticultural startups. We first covered vertical farms using LED-based horticultural lighting back in September 2016, not long before our first Horticultural Lighting Conference. The topic of venture investments was on a slow simmer at the time. But we suspected the primary interest would be investment in the companies supplying technology that could be deployed in vertical farms around the globe. Instead, the sector would soon witness huge investment in the farms themselves.

Indeed, we have witnessed significant investment in the past few years. Most recently, AeroFarms, based near New York and discussed in our story linked above, just received a $100 million investment led by the Ikea venture investment organization Ingka Group. That news was broken by the website Financial Times and was widely reported in other media but has not been formally announced by AeroFarms. And note that unless you are a subscriber, you can’t access the Financial Times story directly. You can search for it and access it via a direct Google link. The investment wasn’t the first for AeroFarms. The company had announced a $40 million round in 2017 with Ikea and celebrity chef David Chang among the investors.

There have also been $100-million-range investments in some European farms of late. And Plenty, based in the San Francisco Bay area, received a $200 million investment back in 2017 with Amazon’s Jeff Bezos and SoftBank involved. Note that Tessa Pocock will deliver the Closing Plenary at our HortiCann event. She is director of lighting optimization at Plenty and will discuss the transfer of science from the lab to the modern plant factory.

Of course, legal medicinal and recreational cannabis is also growing incredible investment, albeit not always so easily observed and quantified. Geographically-varying cannabis laws mean that you can’t have a case at the moment where investors might fund a globally-focused grower. In the US, growers must operate within a state. We have seen estimates that cannabis-related investments are near $1 billion a year, but only a portion of that is dedicated to growing operations. Still, we’d speculate that hundreds of millions are going to growers.

Now let’s turn to trends in growing methodology and start with the cannabis sector. Because it was illegal in most jurisdictions, cannabis has long been grown indoors and growers utilized the lighting tool most readily available to them — namely, high-pressure sodium (HPS) fixtures. Early attempts to replace HPS fixtures with LED luminaires on a one-for-one basis were not very successful. The HPS fixtures produced more total energy. LED products have continued to improve, however, and spectral science has made SSL products even more effective.

Still, growers are quickly learning that the footprint and topology of indoor cannabis farms had to change to fully leverage the benefits of SSL. We first documented the advantage of a vertical-farm growing operation just over a year ago at Eve Farms in San Francisco. Fluence Bioengineering (now an Osram company) supplied the two-layer operation, which resulted in greater yield per square foot.

Cannabis, or other fruit and vegetable crops like tomatoes or peppers, can never be grown in the tightly-packed layers that are common with leafy greens. But the fact that LEDs don’t generate heat means that the lights can be placed much nearer the plant canopy. Moreover, scientists are learning that the right spectrum can enable flowering without the plants reaching heights that were previously thought necessary. 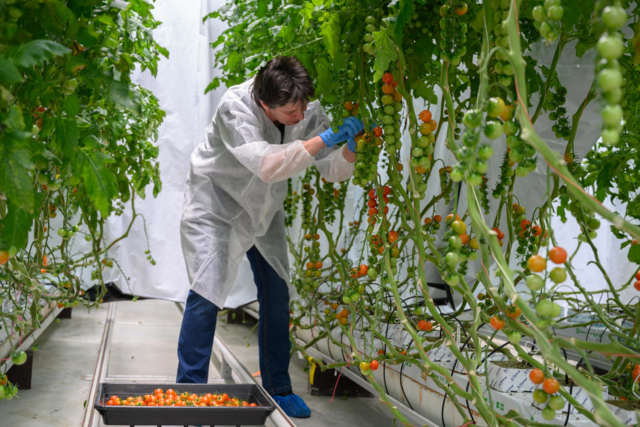 We now have a number of lighting manufacturers advocating the vertical approach for cannabis. Illumitex has a blog post on its site that addresses the subject. The posting quotes James Eaves, a professor at Université Laval in Quebec, as saying that going forward the most important yield metric will become production relative to cubic meters or feet rather than per square meters or feet. The post was based on research at the Green Seal Cannabis Company in Canada.

Horticultural SSL stalwart LumiGrow has also recognized the trend. The company’s latest BarLight product is specifically targeted at vertical cannabis operations. LumiGrow is also a key player in moving to a more fully integrated technology movement for horticulture — something we are also acknowledging with our HortiCann event. The company has already partnered with Scanit Technologies to offer cameras that will communicate through the company’s wireless network that links luminaires. The cameras will enable early detection of plant pathogens or disease. LumiGrow CEO Jay Albere will speak at our conference on the integrated agtech movement.

Now on to the food sector, it’s abundantly clear that a crisis looms with population growth trends and the shortage of viable land and clean water needed to grow vegetables for that population. Moreover, environmental concerns make it clear that the answer is plant factories located nearby population centers. In the US, for example, we can’t keep trucking lettuce all over from California’s Central Valley.

The good news is that we keep seeing very positive research as to the advantages of bringing technology to agriculture. Fluence, for example, recently released research from Wageningen University and Research in the Netherlands focused on the use of supplemental lighting in tomato greenhouses (Fig. 2). The early results indicate that Fluence’s PhysioSpec Greenhouse luminaires delivered an 11% yield increase relative to HPS supplemental lighting.

We will close with a couple of projects that show the scale coming to horticultural SSL. Just as this article was heading into production, we learned that AppHarvest announced what it said will be the largest installation of LED lighting within a single building in the world. The company had already said that it was building the largest greenhouse in the US at 60 acres to grow tomatoes and cucumbers. Now we learn that the Eastern Kentucky facility will get a $15 million Signify LED lighting system. But it’s a hybrid system that will also use HPS lighting in the winter for the dual purpose of warmth and light energy for the plants — more details on that in a future article. Greenhouse investment firm Equilibrium will provide upwards of $100 million in total funding for the project scheduled to come online next year. Meanwhile, Signify also just announced an 8.3-hectare tomato greenhouse project with Dutch grower Bryte using Philips GreenPower LED-based top lighting.

The inaugural HortiCann Light + Tech Conference will take place Oct. 31 in Denver, CO. Many of you know that we had planned our 4th annual Horticultural Lighting Conference for that date. But at the beginning of August, we made the decision to expand our scope. As the new name implies, the event will cover technology beyond lighting that is being increasingly used in horticultural applications. We discussed a few examples in the adjacent article. We will also have more cannabis-centric content in the conference, acknowledging the prolific expansion of that cultivar with legal status expanding at an incredible pace.

The changes in branding and messaging really represent what was already happening in our content much more than a change in direction. We will add a second track for a portion of the day to further expand technology coverage.

Technology beyond lighting has been lurking in past years at our conference. And this year our keynote speaker, Neil Mattson of Cornell and the GLASE (Greenhouse Lighting and System Engineering) Consortium, has long been working to bring tech to the full greenhouse environment. Note that GLASE has system engineering in its name and controlling the environment, such as CO2 level, is vital to optimum yield.

We have added LumiGrow CEO Jay Albere as a speaker. He has frequently advocated for fully integrated agtech and will share that vision with the audience.

Meanwhile, the explicit reference we have made to cannabis is not a step we took lightly. We have had some cannabis-centric presentations at prior conferences and content in our magazine in the past. I have had some very critical emails and phone calls in the past when we even mention the subject. But I believe we owe it to our magazine and conference audiences to cover information on a legal cultivar that will be vital to the overall horticultural sector. We are not endorsing or judging cannabis use. We, like the mainstream lighting companies, simply acknowledge what has become a vital and increasingly-accepted market.

Hope to see you in Denver. — Maury Wright