LED-based lighting continues a march into pro sports venues with stadiums in Dortmund, Germany and Marseille, France getting lighting upgrades from Zumtobel and Signify, respectively. 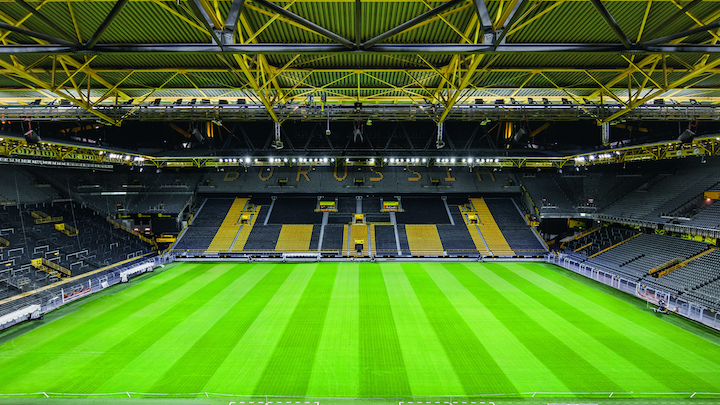 Zumtobel has announced a retrofit LED lighting project at the Signal Iduna Park soccer stadium (shown above), home of the Borussia Dortmund (BVB) team that plays in the top-level of the German Bundesliga. Signify has announced a similar solid-state lighting (SSL) retrofit at the Orange Velodrome stadium in Marseille, France that is home of the Olympique de Marseille (OM) football club that plays in the top level of the France Ligue 1.

If you rewind time five years or so, professional sports venues were one of the last lighting applications that remained a challenge for LED-based sources. Specifically, lighting the playing surface required higher light levels than most LED fixtures could deliver at the time, although the energy efficiency and directionality of LEDs were attractive to stadium applications. In 2014, we reported on the US National Football League (NFL) Arizona Cardinals stadium installing LEDs and indeed that facility was the first to host an NFL Super Bowl under SSL. Around the same time, the first major European football or soccer stadiums adopted LED lighting including an early project supplied by Philips Lighting (pre-Signify) at Chelsea’s Stamford Bridge stadium.

Still, there has only been a short list of lighting manufacturers with products that can meet the demands of professional leagues for the playing field. The lighting must meet the needs of the players but also the fans in the stands and the high-definition (HD) TV broadcast. Indeed, the BVB project in Dortmund is one of Zumtobel’s first forays into pitch lighting. The company won a major stadium lighting in London at the Tottenham Hotspur stadium but did not supply the field or pitch lighting.

With SSL maturity, the field is broadening. Zumtobel’s Thorn brand supplied the floodlight system for the 81,000-seat venue. In addition to Bundesliga games, the stadium will serve as one of ten sites for the UEFA (Union of European Football) EURO tournament in 2024. The installed pitch lighting had to meet the demands of these organizations and TV broadcasters.

The installation relies on 252 Thorn ALTIS LED floodlights, all connected to a DMX control system. “With the new highly modern floodlight, we have sustainably invested in the basic technical equipment of the stadium. For the implementation, we chose our long-standing partner, the Zumtobel Group,” said Christian Hockenjos, organization director for BVB. “With 2100 lx in the direction of the cameras, we now clearly exceed the DFL [Deutsche Football League] minimum requirements and already meet the UEFA requirements for the EURO 2024.”

Moving to France, the Marseille project is the latest in a number of pitch lighting projects for Signify. The Orange Velodrome is now the largest stadium in France lit by 100% LEDs. In addition to the pitch lighting, the installation includes connected SSL in the terraces and dynamic lighting on ribbon boards around the interior of the stadium. All of the lighting is controlled by the Signify Interact Sports platform. Interact is Signify’s brand that covers its connected lighting products and central management system platforms including Internet of Things (IoT) capabilities. The project primarily relies on Philips ArenaVision LED luminaires. 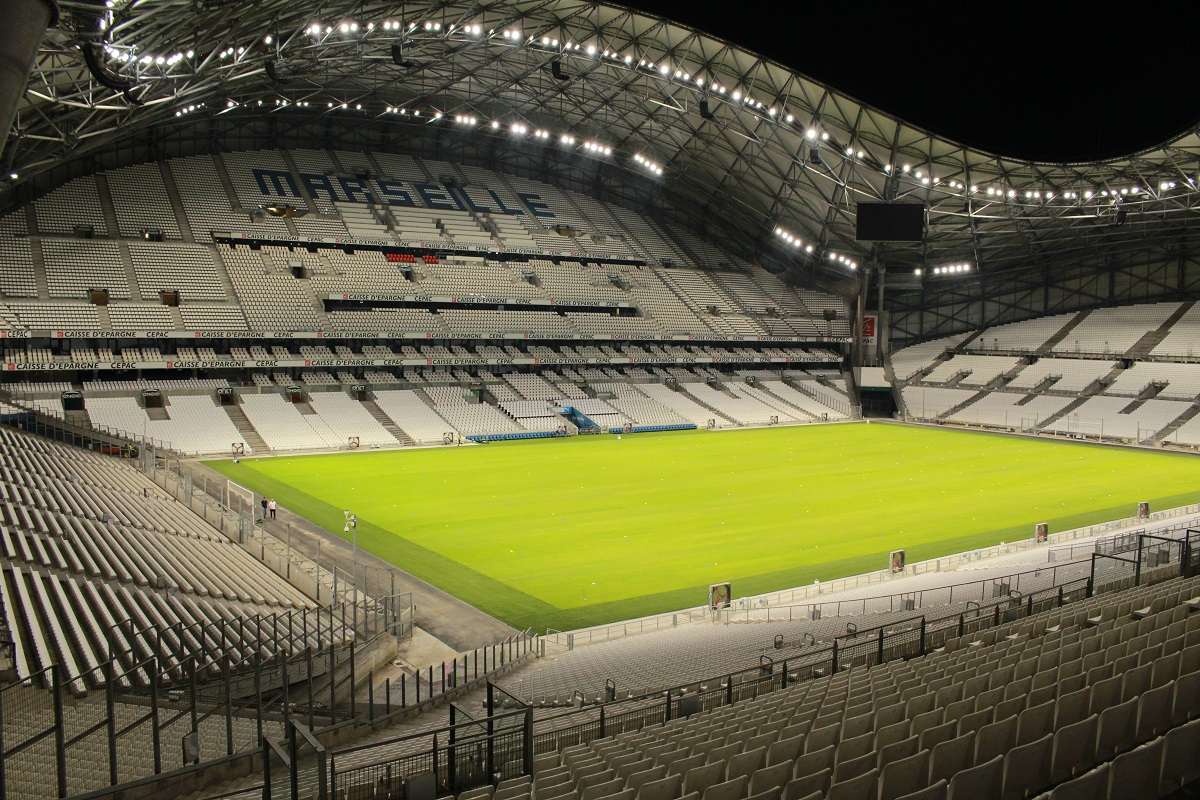 Photo credit: Image courtesy of Signify.“The Philips ArenaVision LEDs connected to the Interact Sports system offer an exclusive animation tool to the supporters of the Orange Velodrome, spectators and citizens of Marseille,” said Thierry Aldebert, deputy general manager of Olympique de Marseille. “Coupled with the new sound system, it delivers an unforgettable match experience. This brings immersion, resonance, thrill, and pride. The first tests with the supporters, highlighting their creations and animations, are very positive, and we welcome their ideas in order to give Marseille and OM a reputation worthy of the greatest.”