The thrill is gone for Maryrose Sylvester, who departs for Swiss power and automation giant ABB. 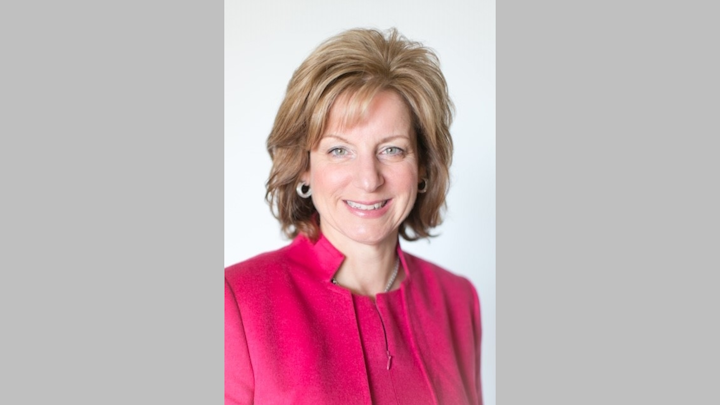 New owners often mean new bosses. In a fresh example from the lighting industry, the CEO of the smart lighting business that GE sold to a New York private equity firm in April has left the company to join Swiss automation and power giant ABB as US managing director.

The departure of Maryrose Sylvester comes two months after American Industrial Partners (AIP) closed its acquisition of GE’s Current. At the time, a Current spokesperson told LEDs Magazine that “there are no leadership changes,” and Sylvester herself said that Current was “thrilled” with the change.

But the thrill is gone.

Swift is an AIP partner. “He succeeds Maryrose Sylvester in this role, effective immediately,” the spokesperson said. “AIP has commenced searching for Current’s next president and CEO. More details will be shared at the appropriate time.”

AIP did not respond to a query by LEDs as to whether there have been other top-level personnel changes, or job losses.

AIP is continuing to use the GE brand under a licensing agreement. It plans to eventually change the corporate moniker, which is “Current, powered by GE.”

GE launched Current in October 2015, calling it a “billion-dollar startup” and hailing it for energy services that would combine LED lights, solar panels, energy storage, electric vehicle chargers, and other things into an information technology network that would intelligently manage commercial energy use.

But the company soon seemed uncertain of its broad mission, which GE eventually pared down to commercial and industrial smart lighting including LEDs and fluorescents, until completing the sale to AIP in April. The sale marked GE’s exit from the commercial lighting business.

AIP’s website describes Current as a $940 million company, so the billion-dollar baby has yet to grow over its first four years. The company employs 2500 people, the website states.

Sylvester had spent years at GE in various capacities, including running lighting, materials, and automation groups.

She will join $25.2 billion ABB on Aug. 1 as managing director for the US and also as head of electrification there, ABB said in a press release announcing her appointment. She succeeds Greg Scheu, who is retiring on Oct. 31.

She joins a company that itself is going through an executive transition, as former CEO Ulrich Spiesshofer stepped down in April. Chairman Peter Voser is serving as interim CEO while the company searches for a permanent replacement to oversee its many business sectors including electrification, robotics, motors, industrial automation, and for the time being, power grids (a business which ABB has agreed to sell to Hitachi).

Like at GE, Sylvester will help lead efforts to connect equipment to the Internet as industrial and energy processes increasingly go digital. ABB’s profits have been slipping amid efforts to focus more on digitalization — a scenario familiar to many lighting companies.

The company’s electrification efforts include products and services aimed at supporting things like electric vehicle infrastructure and solar inverters, which at one point were in Current’s purview.

“Maryrose Sylvester brings extensive experience of managing and transforming industrial businesses and of applying digital technologies in industry,” said ABB chairman and interims CEO Voser. “Her proven track record at GE makes her an ideal candidate to run our electrification business in the US and to be our CMD (country managing director) for the US.”

Sylvester is also a board member of Harley-Davidson and a member of the board of governors of the National Electrical Manufacturers Association (NEMA).