EnOcean is launching wireless switches based on kinetic energy harvesting that will work with emerging Bluetooth Mesh networks and is partnering with Silvair for a low-power network implementation. 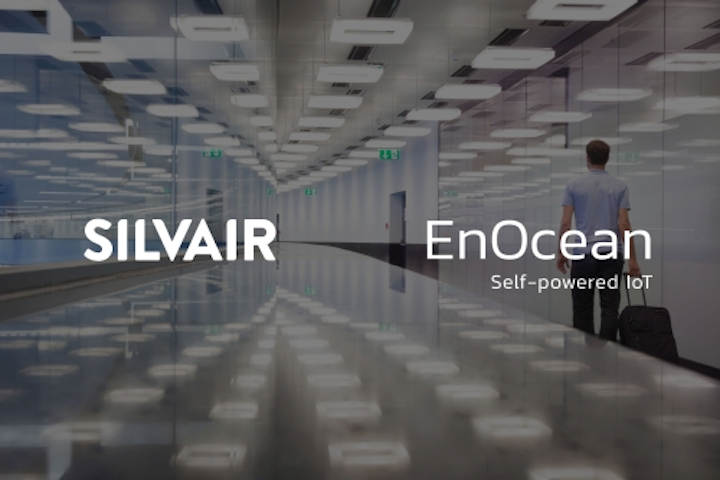 EnOcean and Silvair partner on controls for Bluetooth-connected LED lighting

EnOcean is launching wireless switches based on kinetic energy harvesting that will work with emerging Bluetooth Mesh networks and is partnering with Silvair for a low-power network implementation.

EnOcean and Silvair have announced a partnership focused on LED-based lighting systems that will be connected using the emerging Bluetooth Mesh networking standard. EnOcean is demonstrating new switch products in its EasyFit line at the Smart Lighting conference in Hamburg, Germany that are based on Bluetooth wireless links. And Silvair is supplying EnOcean with a hardware/software network stack to use in such EasyFit products that are powered by kinetic energy harvesting and don’t require batteries.

EnOcean is a long-time player in simple controls for solid-state lighting (SSL) and other home and commercial automation environments, and has long championed its own wireless connectivity scheme that has been promulgated by the separate EnOcean Alliance. We published a detailed feature article on the advantages of such wireless controls two years ago. As the article chronicles, quite a few companies have supported the EnOcean Alliance wireless scheme with the company EnOcean being just one such vendor.

Indeed, EnOcean demonstrated its wireless controls using a frequency band below 1 GHz at Strategies in Light earlier this year. And the company provided an early look at Bluetooth products. 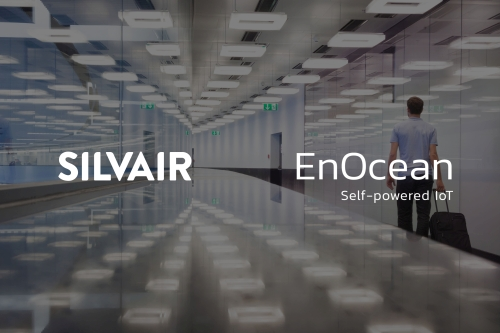 EnOcean and Silvair partner on controls for Bluetooth-connected LED lighting

Silvair and EnOcean have partnered for LED-lighting-based systems that will leverage emerging Bluetooth Mesh networks.

The energy-harvesting-based products have required a very-low-power approach to wireless communications. The act of a person depressing a switch has to generate sufficient kinetic energy for the switch to awaken the integrated electronics that then transmit a message to the powered lighting device such as an LED lamp or luminaire. Many wireless networks are simply too power hungry for such battery-free operation. But Bluetooth was developed from inception for low-power systems such as location beacons. And now the Mesh version will enable a more robust network that can connect many luminaires, sensors, and controls like switches. We expect an approved version of the Bluetooth Mesh standard to emerge from the Bluetooth SIG (special interest group) this summer.

Going forward, EnOcean will offer its EasyFit products in both the sub-1-Ghz models and in Bluetooth versions that operate in the 2.4-GHz band. In both cases, the switches and controls can be commissioned using the NFC (near field communication) capability integrated into many mobile phones and tablets.

EnOcean says the new products will be compatible with products from a number of other vendors. For example, Casambi makes control apps for smart devices and modules that luminaire makers integrate into their products. And EnOcean controls will work seamlessly with such products. Likewise, new Xicato LED light engines that integrate Bluetooth will work with the EnOcean products.

Silvair, meanwhile, has been one of the driving forces behind the development of Bluetooth Mesh. The company contributed an article on the development last year. Silvair has developed a software stack that can be hosted on microcontroller-based Bluetooth ICs from a number of leading vendors such as Nordic Semiconductor, a recently announced partnership. And now EnOcean and Silvair are partners.

“This collaboration comes as a natural fit for both companies,” said Rafal Han, CEO of Silvair. “Recognized as a true leader in self-powered IoT applications, EnOcean has mastered energy harvesting solutions for professional building automation. Silvair has been the major contributor to the upcoming Bluetooth Mesh standard which is simply the most robust and powerful low-power radio technology for connected lighting in commercial spaces. We look forward to working together on truly smart products that can unleash the full potential of Bluetooth-based mesh networking.”