Sensors and software from Tvilight should reduce energy and maintenance costs. Technology specialist Dynniq looks to tie lights to other systems such as traffic. 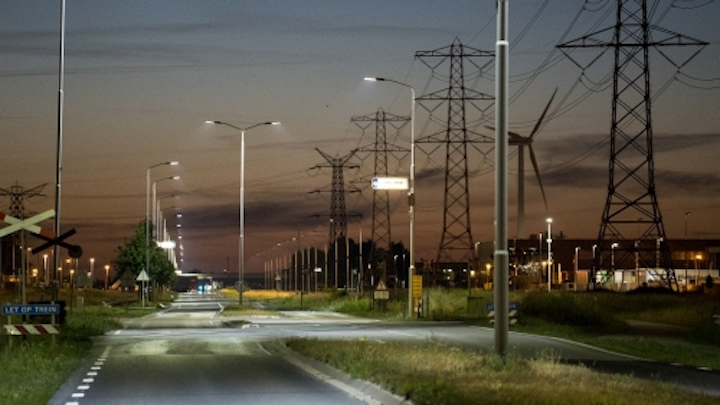 Sensors and software from Tvilight should reduce energy and maintenance costs. Technology specialist Dynniq looks to tie lights to other systems such as traffic.

The Port of Moerdijk in southern Holland is installing smart street lighting controls across 2600 hectares of land in a bid to slash energy consumption and maintenance costs.

The Port will equip 1100 new LED street lights with motion sensors and management software from Amsterdam-based Tvilight. Dutch company Dynniq will oversee the rollout and the LED light installation. Dynniq is a technology firm that specializes in managing infrastructure, traffic, and energy systems.

The Port of Moerdijk is Holland's fourth largest port. It sits on the Hollands Diep River, which is an estuary of the Rhine and Meuse Rivers leading to the North Sea. The port serves maritime as well as inland cargo, and is connected by canal to Antwerp.

It made the decision to roll out the system across its industrial park — Moerdijk houses chemical companies that connect to other chemical clusters in the Netherlands and Belgium via pipelines — following a trial in a small portion of the port using LED luminaires from Philips Lighting. A public tender will decide the luminaire provider on the bigger rollout.

A Tvilight spokesperson said the new smart street lighting system should slash the lighting electricity bill by up to 80% — in large measure by dynamic dimming — compared to the existing fluorescent lights, which do not benefit from smart controls. Tvilight's CitySense sensors and CityManager software will also help cut maintenance costs by as much as 50%, through preventative maintenance, the spokesperson said. 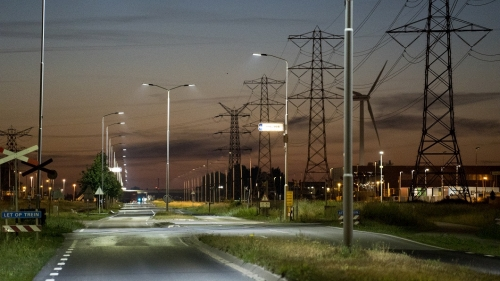 Intelligent street lights will smarten up operations at the Port of Moerdijk.

“The combination of new LED street lights, dynamic dimming, and remote control options offered in the first project phase by Tvilight and Dynniq is an optimal investment because it helps us save energy while improving public safety and security at the port,” said Port of Moerdijk project manager Bas van den Bosch.

The smart street lighting system will play a key role in the port's aim to become “energy neutral” by 2030, noted Henk Schakenraad, program manager for infrastructure and maintenance.

“While delivering immediate results, such as energy savings, this technology also unlocks new opportunities for smart ports and industrial IoT [Internet of Things],” added André Meijer, managing director of Dynniq Mobility Netherlands. “The system can be easily connected to other solutions, which empowers the port with flexibility to support countless new applications, such as scenario- and traffic management.”

The smart lighting announcement at Moerdijk, which counts chemicals among its mainstays, is the second this summer at a southern Holland chemical facility, following the Chemelot Industrial Park's deployment of smart lighting use mesh controls from Chess Wise. Chess Wise rival Tvilight, the sensor and software provider at Moerdijk, is 47.5% owned by German lighting company Osram.