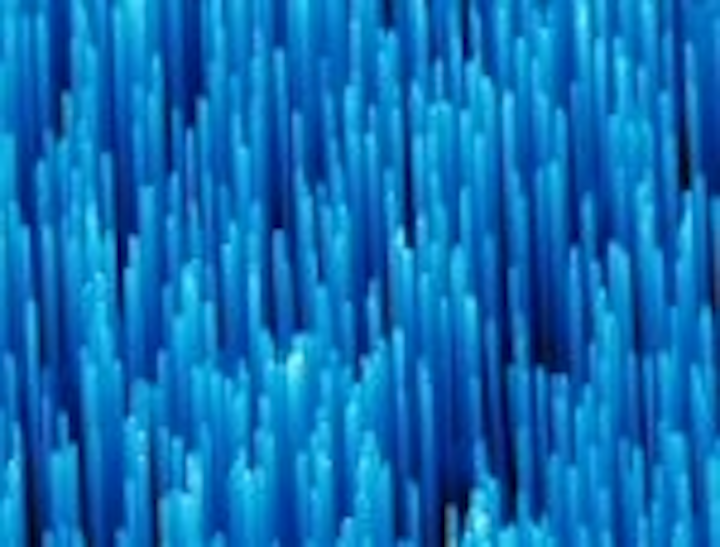 The paper's authors suggest this could pave the way to ZnO LEDs that are less expensive than today's blue, green and white LEDs that are fabricated using gallium nitride (GaN)-based materials. Of course, ZnO LEDs have many years of development ahead before they can match the performance of GaN devices.

Deli Wang, an electrical and computer engineering professor from UCSD’s Jacobs School of Engineering, said, "Zinc oxide is a very good light emitter. Now that we have p-type zinc oxide nanowires, the opportunities for LEDs and beyond are endless."

Other groups have demonstrated p-type conduction in ZnO thin films and made ZnO thin film LEDs. However, Wang claims that using ZnO nanowires rather than thin films to make LEDs would be less expensive and could lead to more efficient LEDs.

The starting materials and manufacturing costs for ZnO LEDs are far less expensive than those for GaN-based LEDs. To make the p-type ZnO nanowires, the engineers doped ZnO crystals with phosphorus using a simple CVD technique that is less expensive than the metal organic chemical vapor deposition (MOCVD) technique routinely used to synthesize GaN-based LEDs. In the future, Wang expects to cut costs even further by making p-type and n-type ZnO nanowires from solution.