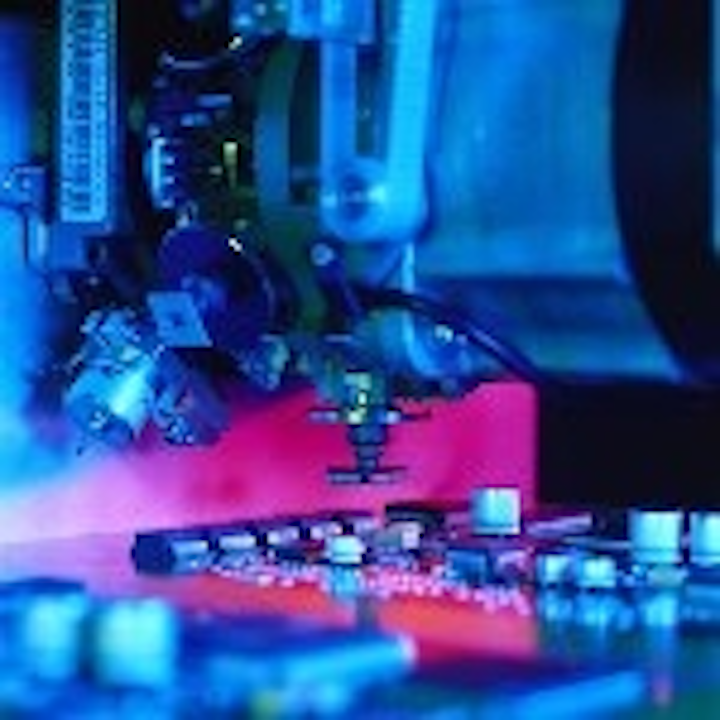 There also is the recent trend to use “green technology” in consumer and commercial electronics. LED components offer high brightness and power efficiency, as well as lower carbon emissions than traditional lighting technologies. This aspect has made LED lighting popular with government organizations, which are now installing LED lighting in public places and government offices worldwide.

When used for illumination purposes, LEDs are more cost-effective than traditional lighting sources. Thus, the global LED component market is witnessing an increasing demand. As a result, companies in the surface-mount technology (SMT) industry are expanding their manufacturing capabilities to meet this demand. High brightness LED components currently are experiencing high growth as the backlighting application in TVs is shifting from traditional CCFL technology to LEDs. The range of new and potential applications for LEDs in electronics is practically endless.

In order for electronics manufacturers to get these LEDs into their products, they must use one of two methods: hand assembly or automated assembly. Hand assembly is where skilled technicians carefully place individual LED components onto circuit boards using specialized tooling. This is a long, tedious process that can slow the production rates of electronic devices and tie up major labor resources.

On the other hand, automated assembly uses the company’s existing SMT equipment to quickly and efficiently place thousands of LED components every hour. Most SMT equipment is capable of placing multiple components on a circuit board at one time, increasing the overall production rates while decreasing labor costs. Obviously, the goal of a high-volume electronics manufacturing company would be to transition assembly into automated production.

The principle of using vacuum pressure and precision nozzles to enable component placement is repeated in every type of SMT equipment. There are five distinct stages of the pick-and-place process:

No SMT equipment can place components accurately or run efficiently without quality nozzles and feeders, which are at the core of the pick-and-place process. If the machine is either unable to pick parts consistently or hold on to the components during the transport from feeder to PCB, defects will result. An increase in defects means a decrease in production, costing the company more money over a short period of time. Proper feeder and nozzle selection is critical, especially with the current market growth and technological advancements in SMT equipment.

Nozzles are the first and last thing to touch all components placed, and they move tens of thousands of these parts every hour. With components sizes reaching microscopic proportions, nozzle manufacturers must strive to maintain precision tolerances and exact dimensions in their designs. These nozzles are required to hold the part during transport to the board while the machine is moving and/or rotating at high speeds. providers must use this technology to get LED components into their customer’s products.

Debron Industrial Electronics, Inc. is a leading electronics manufacturing service (EMS) provider specializing in high-technology electronic assemblies, printed circuit board assemblies, electronic wiring, cable assemblies and box build. Mark Hoch, SMTA Certified Process Engineer for Debron, said “We are a contract manufacturer that caters to several customers specializing in cutting-edge LED technologies. They rely on our expertise to develop, document, implement and sustain their manufacturing processes.” When one of its customers needed a product that required the placement of LED components in its design, Debron decided to move forward with the automated assembly process.

Since making the transition, Debron has helped several of its customers to fully automate the production of products that previously had been assembled by hand. The company was able to do this by creating custom pick-and-place trays for LEDs that were available only in bulk for hand assembly. Debron also has been working with tooling companies such as Count On Tools, Inc. to develop custom pick-and-place nozzles that enable LEDs to be picked, vision centered and placed with high-speed, automated SMT assembly equipment. Streamlining the automated placement process has allowed Debron to free needed manpower to use in other areas of the assembly process.

1. Component handling in the feeder
During the picking process, LED components are withdrawn from the feeder by a vacuum nozzle. SMT technicians must ensure that the LED components are correctly positioned in the feeder pocket to guarantee that pick-up is achieved and that the LED is properly handled during the transport stages. “Slop in the pocket” may require nozzle centering during the picking process while excessively fast advancements of the feeder may skew the part in the pocket, preventing component pick-up.

2. Component handling on the nozzle and proper nozzle selection
Some LEDs, such as those from Cree, require special handling operations to prevent damage to the optical lens. They must avoid placing mechanical stress on the LED lens by not touching the optical surface during the component picking or placement processes. This eliminates the possibility of degraded performance from the LED after the circuit board is assembled. Proper nozzle selection also is important for the transport and placement processes. Not only does the SMT nozzle have to pick the component, it also must move it to the board and accurately place it. Most LED suppliers work directly with nozzle and tooling manufacturers, like Count On Tools, to develop nozzle designs that meet their individual process requirements.

3. LED sensitivity
The fragile optical surface is not the only issue with the use of LEDs in SMT production. Early LED designs were very temperature-sensitive, forcing assembly using unconventional methods, such as hand assembly. LEDs often were bonded to heat dissipative substrates using conductive epoxies or low-temperature solders. This required special assembly processes that lengthened the manufacturing process, increasing product build costs.

4. Scaling up to high-volume production
As LEDs become more robust, assembly via means of more conventional assembly processes such as automated SMT equipment allows EMS companies like Debron to focus on other challenges such as repeatable part picking and vision centering, as well as effectively increasing throughput and minimizing defects. Repeatable performance is the major challenge with scaling up to high-volume production. EMS providers must strive to maintain a high level of performance to keep their production on track to meet customer demands. This requires fine tuning the assembly process.

As with any problems in a production environment, there is always a solution. By capitalizing on its current knowledge of SMT production and partnerships with quality suppliers, Debron was able to overcome most of the challenges associated with this process. Debron developed custom trays for the LED components to allow for more accurate picking and transport processes while eliminating issues with component handling in the feeder. It also worked with its equipment manufacturers and custom-tooling manufacturers such as Count On Tools, Inc. to develop custom SMT pick-and-place nozzles that increase LED/nozzle compatibility, allowing for greater placement accuracy and increased throughput.

In conclusion, the latest LED technology opens up wide areas for new applications, new technical possibilities and reduced costs in both the SMT and electronics manufacturing industries. Today, many companies are crossing traditional business boundaries and streaming into the LED lighting market. This, in turn, has created a large demand for LED use in general markets and not the traditional niche applications. By partnering with component manufacturers and nozzle/tooling suppliers, EMS companies like Debron can guarantee success by lighting the way for customers seeking LEDs in their SMT production.