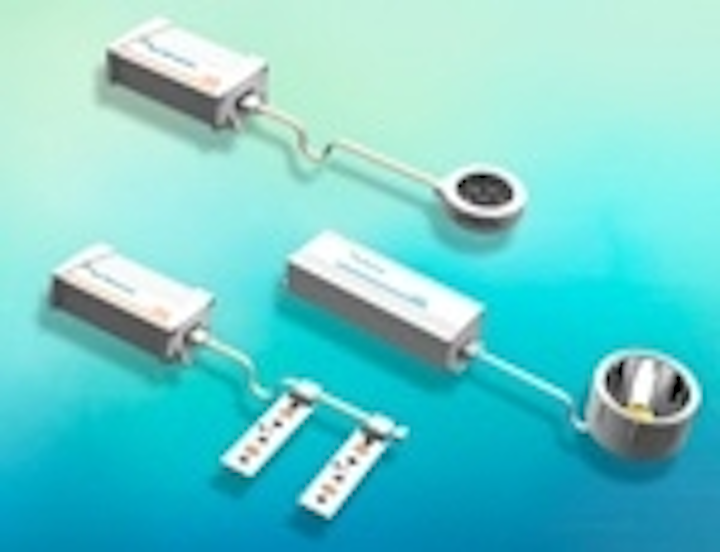 Tyco sought to solve the most problematic portions of SSL product design with the Nevalo system. This product family includes packaged drivers across a range of power and drive-current requirements. The system includes LED Light Modules (LLMs) in a range of configurations. Essentially an LLM is a printed-circuit board populated with LEDs, thermal monitoring capability, and optimized for cooling. Color-coded cables and keyed connectors ensure that drivers and LLMs are electrically compatible.

Luminaire designers can choose from LLMs in rectangular (the LN linear series) and circular (the CN circular series) form factors with a variety of LED types. LLM modules use LEDs and LED arrays supplied by Cree, Bridgelux, Philips Lumileds, and Intematix. According to Tyco, the portfolio includes more than 60 combinations of beam angle and light output with offerings ranging from 300 – 3400 lm. The LLMs come in a choice of 3000K or 4000K color temperature. Tyco also plans to offer custom LLM designs.

The LLMs include thermal elements to both allow luminaire developers to test the thermal performance of a design and to develop products with robust thermal performance. The LLMs have thermal surfaces to which a development team can affix standard heat sinks available as part of the Nevalo family. Alternatively, developers can mate the LLMs to thermal elements in their own fixture design.

Tyco includes thermal measurement points on the LLMs and specifies the methodology that a luminaire maker should use in testing thermal performance. The company also offers a thermal test instrument and software to simplify the thermal verification of a luminaire design. Moreover the Nevalo system supports thermal monitoring during operation. The driver and cabling scheme supports thermal monitoring circuits in each LLM.

At launch, Tyco is offering six drivers with drive current ranging from 350 to 2100 mA, and all but the 2100 mA model support triac dimming. Engineers can choose drivers based on current rating and the power requirements of each LLM in a system. But Tyco is simplifying that process by establishing a power budget number that is specified for each LLM. For example, an LLM might have a budget specification of 22. The 350-mA driver is specified for a total budget ranging from 33 to 55. So you could safely connect two of the LLMs with a total budget of 44 to the 350-mA driver.

The drivers are color-coded based on the power budget. Moreover, the flexible cabling that is used to connect drivers and LLMs utilize the same color coding. And connectors are keyed to ensure that you can’t connect an LLM with a driver from an incompatible range. Tyco supplies a crimp tool that allows a manufacturer to attach connectors where required in a luminaire design with multiple LLMs.

The combination of LLMs, optical elements such as lenses and reflectors, and drivers support a broad range of product types. The modular approach may limit the creativity a luminaire designer might have with a blank sheet of paper. But the modular approach will allow more manufacturers to develop reliable products. Tyco is supplying product development kits for downlights, wall sconces, and track lights.

Tyco is also providing an Internet-based product configuration tool. The web-based tool will simplify the process of selecting LLMs for specific applications and matching the chosen LLMs to driver, cabling, and other components.