Significant bill of materials reductions can be achieved through substrate choice, observes Ralph Weir, CEO of Cambridge Nanotherm, avoiding a continual drive to the bottom in terms of component cost. 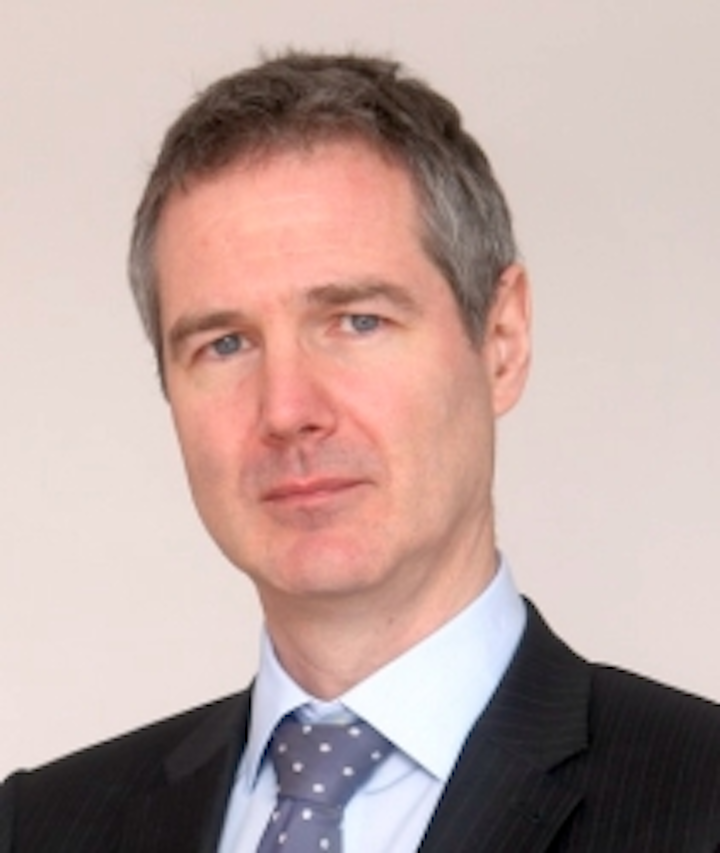 Significant bill of materials reductions can be achieved through substrate choice, observes RALPH WEIR, CEO of Cambridge Nanotherm, avoiding a continual drive to the bottom in terms of component cost.

In August of this year, the US Department of Energy published its 2014 edition of the Solid-State Lighting (SSL) Manufacturing R&D Roadmap. Principal amongst its messages was that LEDs still have relatively modest market penetration. The penetration rate, it points out, will only accelerate as costs fall. Price is the industry's main issue.

In the short-term cost reduction will be achieved mainly by refining existing design and manufacturing processes. Longer-term, innovative new designs and manufacturing methods will be required to drive down prices.

However, the report also briefly noted that alternative approaches for LED mounting "being investigated" include chip-on-board (COB), chip-on-flex (COF; mounting the LED die on a flexible printed-circuit board, or PCB), and die attach directly to the heat sink.

To my eyes, the report implies that COB, COF, and chip-on-heat-sink are presently in the investigation phase. While it's true that these technologies may not yet have gained massive mainstream acceptance, it is nonetheless also true that they have been extensively proven in the field - in particular COB. It seems ironic that the report would give these technologies such a cursory mention given that they're likely to be a key component in achieving the cost reductions the report recommends. Indeed, thermally-efficient substrates are an overlooked cost-reducer.

It's clear that LED manufacturers need to continue to drive down costs aggressively. However, in my experience LED companies approach the problem from the wrong angle. The de rigeur approach to reducing BOM costs seems to be brute-force reduction in the cost of components across the board. This may be achieved by economies of scale, investing in production, or reducing quality. This approach works to a point, but demand for lower component prices will eventually involve compromising products and brands, and placing undue strain on an already-stretched supply chain. Cost reduction through clever redesign too often goes by the wayside.

Thermally-efficient substrates can play an enormous role in reducing costs. Let us suppose a hypothetical company wants to reduce the costs of its LED bulb products to be more competitive. If this company could reduce the number of LEDs used in designs by half or a quarter, with those LEDs operating at a higher power rating - thus achieving the same lumens - it could achieve significant cost savings.

The difficulty with this approach is that cramming higher-power LEDs into a smaller space presents a thermal nightmare beyond the abilities of traditional metal-core PCB (MCPCB) technologies. However, advanced thermal substrate materials are now emerging that would allow many of today's designs to halve in size.

According to a previous DOE report, the LEDs and associated per-LED optics in a downlight can eat up as much as 60% of the overall BOM. Therefore, even if in this hypothetical example, advanced thermal materials elevate the cost of the substrate from 5% to 10%, a company would still have saved itself around 25% of BOM through a simple substrate respecification.

To offer an example with which I am personally involved, by applying a novel, patented electrochemical process, it is now possible to form a dielectric nanoceramic layer of just a few microns on the surface of an aluminum PCB. This avoids the need for an additional dielectric layer on the aluminum. The upshot is a thermal material with several times the degree of thermal transfer of traditional MCPCBs, enough to potentially halve the size of many LED designs.

Such technologies reduce cost while addressing other key issues faced by the LED industry. Improvements in color quality can be achieved with superior thermal management, and both efficiencies and lifetimes can be improved. What's more, nanoceramic coatings can also be applied to flexible materials with relative ease, opening up entirely new classes of application.

So while they may only have received a passing mention for now, advanced thermal substrates are already impacting LED designs and they're going to play a key role in the next round of aggressive LED cost reductions.