Myth busting as it relates to LED tubes (MAGAZINE) (UPDATED)

Charlie Szoradi, CEO of Independence LED, states that it's only a question of when the time is right to install LED tubes in place of fluorescents and not if it's the right retrofit path. 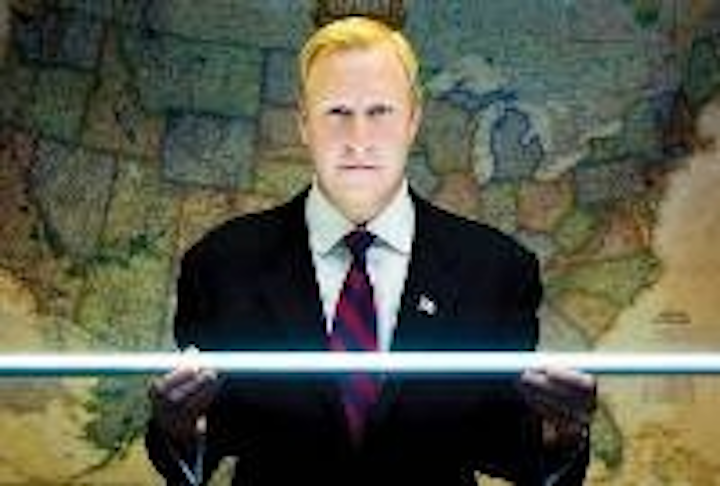 This article was published in the July/August 2013 issue of LEDs Magazine.

View the Table of Contents and download the PDF file of the complete July/August 2013 issue, or view the E-zine version in your browser.

Fluorescent tubes have dominated commercial illumination in American ceilings for more than 50 years — more than 2.3 billion tubes are installed, according to the US Department of Energy (DOE). That huge potential retrofit market has drawn the interest of many in the solid-state lighting (SSL) space and resulted in a lot of myths related to LED tube technology. Let's bust some of those myths, considering that LED tubes save 50% or more energy over fluorescent tubes.

To date, the hurdles for adoption of LED tube technology fall into three categories: trust, technology, and cost. Let's explore them, in that order.

Many believe that the LED tube industry has not matured to a trustworthy level, but manufacturers have improved thermal management, and installations now range from Fortune 100 companies to leading health care institutions to leading higher-education institutions. Organizations such as the DesignLights Consortium have qualified LED tubes, and warranties have increased to as long as 10 years on some LED tubes.

Meanwhile, some worry that imported LED tubes lack UL or CE marks or other trusted output testing. Simply ask for source documentation and third-party testing data, and look into LED tubes that are made domestically or that meet the International Class A-10 LED Tube Standards.

And then there are those concerned that new LED manufacturers won't be around to support the warranty. An easy way to protect your business is to look for performance-based programs such as savings shares, lighting service contracts, or LED rental center opportunities. This way you don't fully pay for the technology and aren't chasing the seller if failure occurs.

Let's turn to technology, and the worry that a typical LED tube doesn't give off as much light as its fluorescent counterparts. Fluorescent tubes may have more lumens, but 35% percent of the output is often wasted going up into the fixture. Make sure to look at fixture output side-by-side in foot-candles after a sample LED tube retrofit.

Others worry that an LED tube does not have the same color consistency as a fluorescent tube. Yet the thermal management of many LED tubes has improved to protect the phosphor coating that dictates color temperature. Still others question the quality assurance for LED tubes. The answer is to look for LED tube manufacturers that are ISO 9001:2008 certified.

Then there are those who say LED tubes with external drivers are more difficult to install than internal driver LED tubes. Not so: Installers need to open the cover to the fluorescent ballast in order to install either type of driver system, so the time is roughly identical.

Finally, some contend that the diodes get so hot that they burn out the LED tubes. To combat this, seek out LED tubes with deep-fin, aircraft-grade thermal management and external drivers.

Now let's turn to cost where some argue that specifiers wait to invest in LEDs because of dramatically falling prices. But the cost of waiting, in terms of energy and maintenance, is most likely higher than the price drop, particularly for 24/7 illumination areas. At the least, consider a rolling retrofit where you replace fluorescent tubes and ballasts as they fail with new LED tube technology.

There are other cost-related issues that are top of mind for some specifiers. Those who replaced T12 fluorescent tubes with the better T8 tubes and don't want to upgrade again should still calculate ROI, especially for 24/7 areas. Payback is three to five years, and some worry about warranties in that same range; however, as we mentioned, longer warranties are becoming commonplace.

American-made products are more expensive than imports. Property owners and managers should not focus on the race to the bottom of pricing but instead consider the race to the top of performance. All tubes are not created equal, so look at the equipment and operating cost of a total fixture versus a tube.

It can't be stressed enough that specifiers should find a qualified LED manufacturer and start changing out old fluorescent tube technology in 24/7 areas as soon as possible. Switch to LEDs as fluorescent tubes fail and make a three-year plan to purge your outdated "glass and gas" tubes for toxic-free SSL.

CHARLIE SZORADI is chairman and CEO of Independence LED (www.IndependenceLED.com).