Philips Lumileds has reentered the market for blue LED die at SIL and also announced an expansion of the Luxeon S family of multi-emitter packaged LEDs at the Strategies in Light conference. 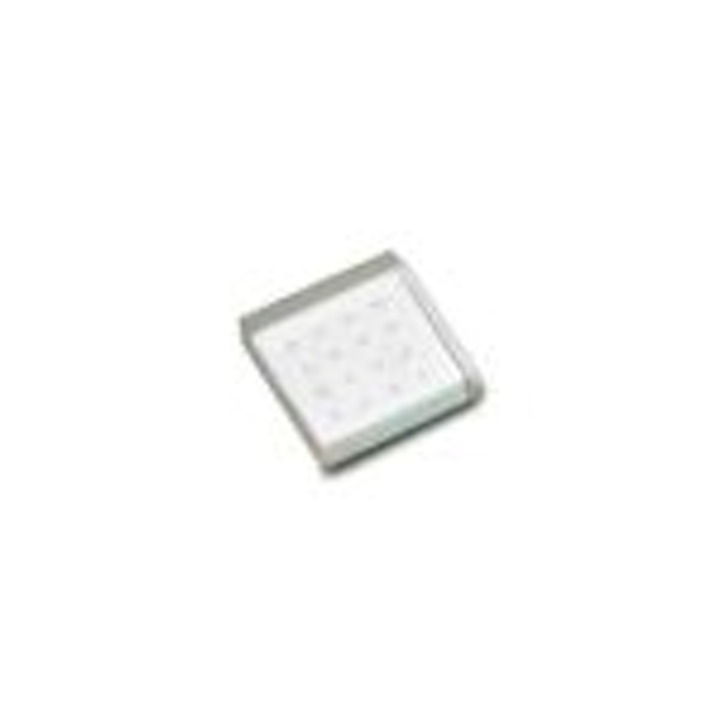 Lumileds stopped supplying bare-blue LED die when the company transitioned to a thin-film, flip-chip LED architecture that included removal of the sapphire substrate before the die were packaged. With the new flip-chip LED devices, the company has developed an architecture that leaves the transparent substrate in place and provides a stable bare die that SSL manufacturers can directly integrate into products.

A primary advantage of flip-chip architectures is the elimination of bonding wires that connect to the top of a traditional LED architecture. The bonding wire is a potential point of failure and also limits the spacing of LED die and the current density at which the emitter can be driven. But prior to the new design, bare flip-chip die were essentially too fragile for sale in the bare die form.

"Now luminaire manufacturers can enjoy the best of both worlds, by either incorporating packaged LEDs as they did in the past, or by starting with the LED die and customizing the phosphor and packaging to best suit their lighting application," said Pierre-Yves Lesaicherre, CEO of Philips Lumileds.

Lesaicherre said that Lumileds is the first LED manufacturer to develop and sell an LED in a CSP format. CSP implies that the package, or lack thereof, is essentially the same size as the die. Indeed, the Lumileds Flip Chip LEDs fit in the exact same footprint as the die. The only additions are the bonding pads on the bottom of the die that are optimized for a standard reflow soldering process.

The 1×1-mm die deliver wall plug efficiency in the 56% to 61% range depending on the exact wavelength of the blue emitter. As is normal with blue LEDs, Lumileds does not specify a lumen output or efficacy value because the blue wavelengths fall in an area of reduced sensitivity of the human visual system.

While the first-generation Luxeon S products were packaged like conventional single-emitter LEDs in a small square package, the new products are essentially chip-on-board designs (COB). Lumileds chose not to use the COB label, in part because the LEDs use individual phosphor-converted white LEDs as opposed to an array of blue LEDs covered with a phosphor slurry.

That distinction may seem nebulous, but Rahul Bammi, vice president of products at Lumileds, said that the pattern and placement of the LEDs on the circuit board is precisely designed to deliver the desired beam pattern. Among other applications, the LEDs target replacement of 75W and 100W metal-halide (MH) directional lamps in high-end retail applications.

"With a lumen density that is twice that of available solutions, the Luxeon S can offer light outputs as high as 8000 lm at half of the optical size, enabling LED approaches to replace traditional ceramic discharge metal-halide (CDM) lamps in spotlight and architectural applications," explains Orson Lo, director of Luxeon S products for Philips Lumileds. “Relative to CDM lamps, Luxeon S-based lamps offer comparable efficacy of 90 lm/W but with instant-on operation, better color consistency and 4X the expected lifetime at 60,000 hours."

The company says that the LEDs used and the previously discussed pattern of placement will enable center beam candle power (CBCP) of 50,000 cd. The implementation is also optimized for good color over angle. Lumileds will offer the LEDs at 2700K and 3000K with a CRI of 80 or 90, and at 3500K to 5000K at a CRI of 80.