For the second time in three years, mid-power March is a Lumileds initiative focused on portfolio expansions of packaged LEDs in several popular footprints through better efficacy and increased reliability. 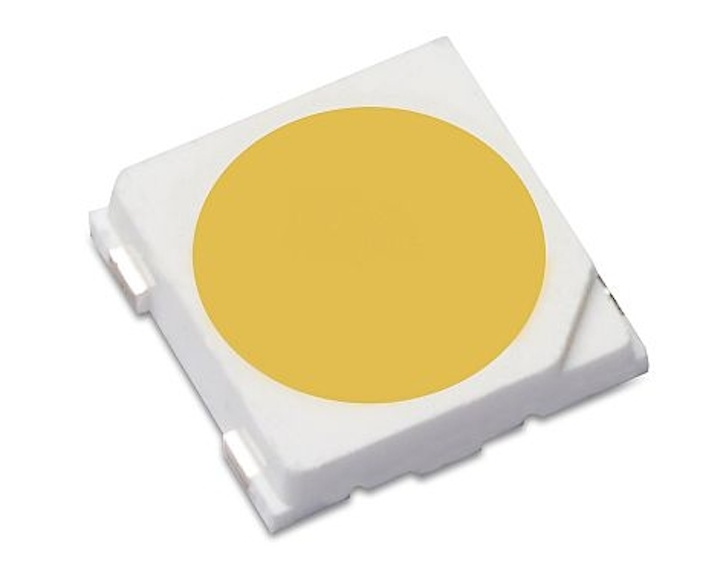 For the second time in three years, mid-power March is a Lumileds initiative focused on portfolio expansions of packaged LEDs in several popular footprints through better efficacy and increased reliability.

Lumileds has kicked off its second mid-power March initiative that will ultimately involve a series of announcements covering a broad upgrade to several of the company's mid-power packaged LED product lines. The initial product announcement coves the Luxeon 3535L HE Plus addition to the existing 3535L family. The new LED is completely compatible with the existing products but delivers efficacy approaching the 200-lm/W level. Later in the month, we expect Lumileds to add to the Luxeon 3030 and 3014 families, with all of the announcements being what Rahul Bammi, vice president of marketing and product management, calls "illumination grade LEDs."

Lumileds only entered the mid-power sector back in 2012 with the first product in the 5630 footprint. But the company has quickly expanded the mid-power packaged LED offering in the last several years. Bammi said Lumileds today offers "more footprint platforms than the competition." The company has also been focused on bringing the performance and reliability characteristics of high-power LEDs into the mid-power realm. Bammi said the company expects more solid-state lighting (SSL) product developers to move toward mid-power or chip-on-board (COB) LEDs for general illumination applications and away from high-power LEDs in a legacy ceramic LED package. Bammi said Lumileds is now supplying mid-power LEDs to eight of the top ten global lighting manufacturers. 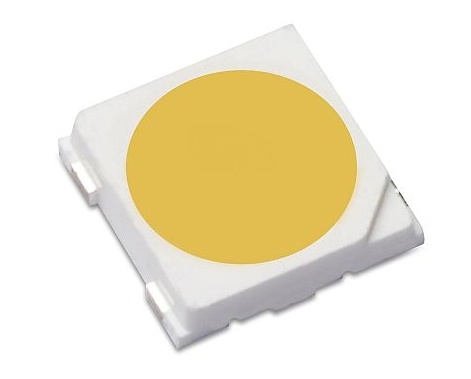 The 3535L product line is as the name implies in a 3.5×3.5-mm footprint, and targets indoor applications with high-efficacy requirements such as ceiling troffers, LED T5 and T8 replacement tubes, and high- and low-bay luminaires. The 3535L HE Plus is a drop-in replacement for prior members of the LED line and can enable luminaire and lamp manufacturers to immediately realize an efficacy upgrade in an existing product. Alternatively, manufacturers can redesign lamps and luminaires and use fewer of the higher-performance packaged LEDs.

Lumileds used an example of a 4000K-CCT, 80-CRI LED as an example in the announcement. Such a product would deliver 52 lm at 100 mA of drive current, realizing an efficacy rating of 186 lm/W. At a lower 65 mA of drive current, efficacy would hit 194 lm/W. Mathew Everett, senior director of Luxeon mid-power products, said the LEDs will deliver an "instant upgrade to the highest efficacy" for lighting manufacturers.

In the coming weeks, we expect Lumileds to announce mid-power LEDs that address performance upgrades in one form or another for several additional common lighting applications. The company has targeted the Luxeon 3030 2D packaged LED at the retrofit lamp application space. Evidently, Lumileds will launch a new follow-on Luxeon 2835 platform to bring the latest performance levels to that application space. There will be single-, double-, and triple-die LEDs in the new family with forward voltage at 3V, 6V, and 9V. Efficacy will average around 150 lm/W.

Later, Lumileds will reveal a new mid-power LED that is intended to bring the full operational characteristics of ceramic-packaged high-power LEDs to the mid-power space. The Luxeon HR30 will feature an SMC (silicon molding compound) package that Lumileds believes will hold up to temperature extremes and handle the harshest chemical exposures. We expect the LEDs to be rated for over 100,000 hours of life at elevated temperatures and drive currents.

In 2014 during the first mid-power March, Lumileds made a similar series of announcements in the mid-power space. The Luxeon 3535HV high-voltage LEDs were launched that month. The company also introduced hot color targeting in the mid-power space as part of the aforementioned Luxeon 3030 2D announcement. In March of 2015, Lumileds did not have a month-long campaign, but announced the Luxeon 5258 LED, which integrates multiple emitters in an array, packaged within a 5-mm light-emitting surface.

Of course, as we have noted many times, mid-power LEDs regularly exceed the 0.5W level that had once been considered maximum in the mid-power category and Lumileds is providing typical specs for the new packaged LED at the 1W level.