Is it time to say goodbye to blue-pump LEDs? (MAGAZINE)

As claims abound on the negative impact of the blue light emission from phosphor-converted white LEDs, perhaps it is time to take a lesson from fluorescent lamp technology, writes LESLIE LYONS. 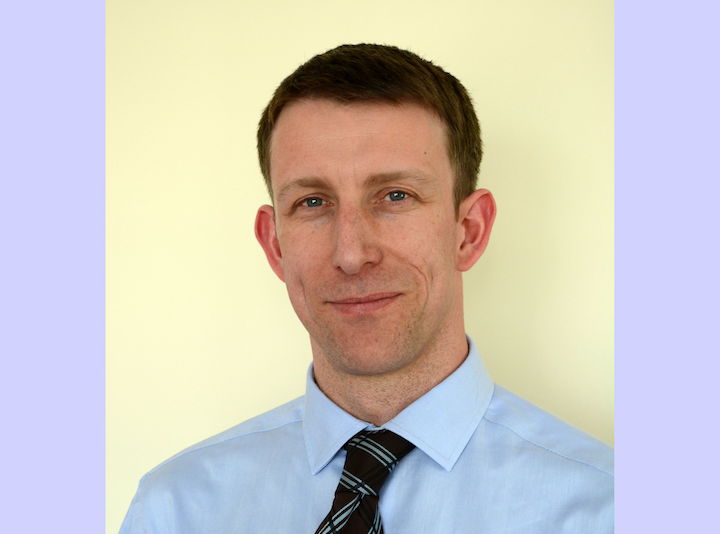 In the quarter century since Nakamura invented the first high-brightness, 450-nm blue gallium nitride (GaN) LED, phosphor-converted white LEDs (PC-LEDs) have come to dominate the lighting market and others, enabling a host of new applications due to their compact size and low power consumption. Driven by the desire for low-cost and high-luminous-efficiency devices, the majority of available PC-LEDs are high-CCT, 450-nm blue-pump variants.

As the deployment of PC-LEDs became more widespread, so did reports in the media relating to potential negative impacts of their associated strong blue emission, from photochemical blue-light retinal injury and age-related macular degeneration to disruption of the circadian rhythm. More recently, reports claimed that PC-LED lighting on supermarket shelves reduces the nutritional value of milk and shortens shelf life.

Many of these claims are not generally accepted due to the lack of conclusive research and the wide range of factors impacting exposure, including spectral and geometrical emission characteristics, exposure duration, and biophysical considerations including behavior (not overcoming aversion response to high-luminance sources) and the yellowing of the lens with age.

Despite these doubts, it is widely acknowledged that reducing the blue light content of PC-LEDs is prudent. This is a position shared by some LED manufacturers, as we see on the market PC-LEDs having alternative pump LED configurations (using either an alternative single emitter or two emitters) and, in one case, a violet-pumped PC-LED with blue emission entirely eliminated. In all cases, the impact on cost and luminous efficiency must be considered. 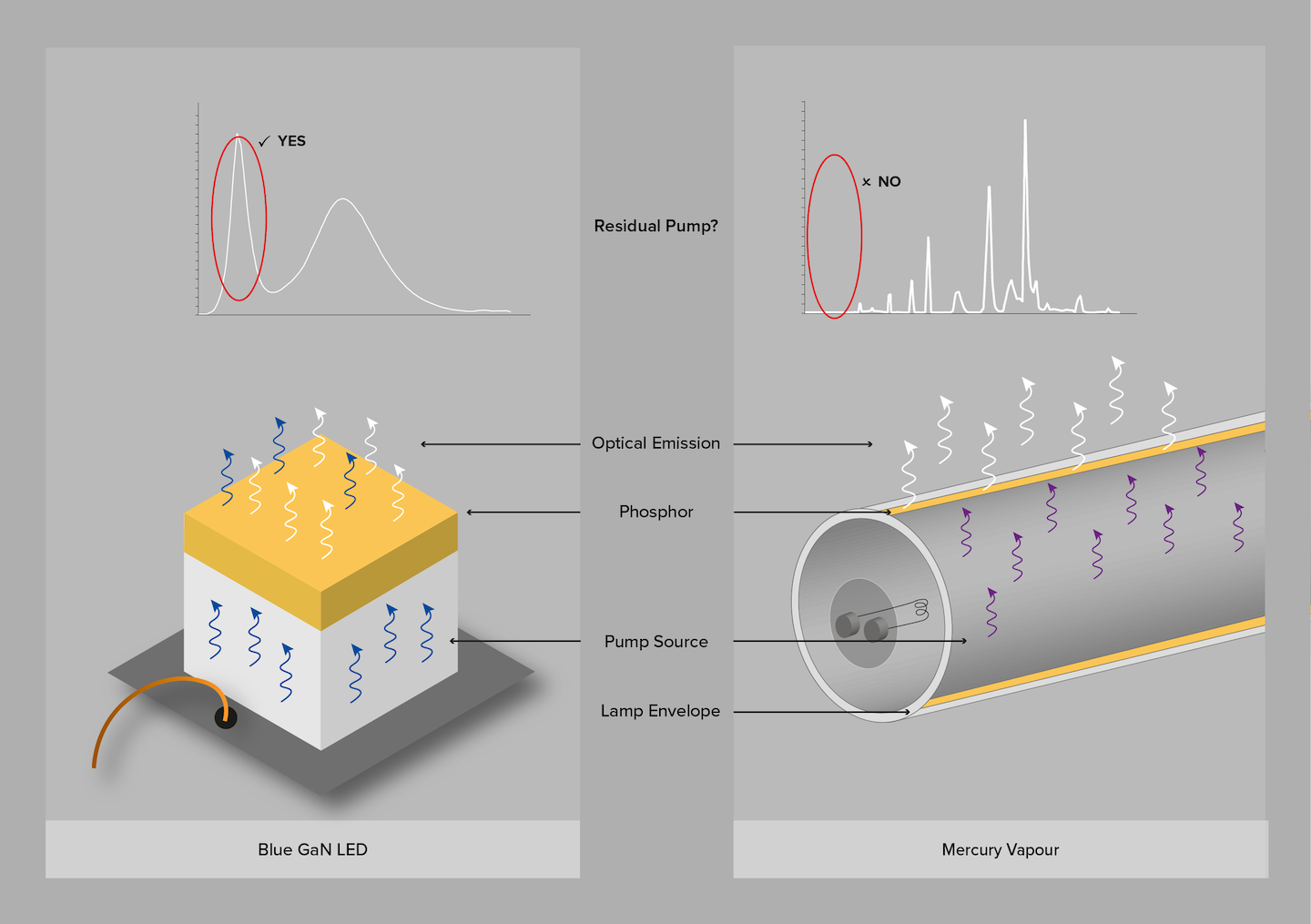 De-tuning the pump LED from the blue-light hazard region is challenging due to the width of the spectral sensitivity of this hazard (peaking at 435‒440 nm and above 50% sensitivity between ~410‒475 nm).

Opting for a longer pump wavelength (around 480 nm) results in poor luminous efficiency and may increase the optical power in the spectral range of the non-visual retinal photoreceptors that regulate our circadian rhythm (peaking around 480‒490 nm, a region in which 450-nm pump PC-LEDs incidentally show a dip in output).

The use of a lower pump wavelength (typically down to 405 nm) moves to the periphery of the blue-light hazard region and into the aphakic hazard region. The aphakic hazard represents the eye having high near-ultraviolet (UV) transmittance, either due to absence of the UV-blocking lens or, in the case of infants, due to a lack of UV protection afforded by the developing lens. Some state that the lens is conferred full UV blocking by the age of two years old; others report that this can take up to ten years to develop. For such sources, the aphakic radiance is greater than the blue-light radiance, yet international standards do not currently take this case into account.

I have been struck by the comparison between white PC-LEDs and fluorescent lamp technology. In both cases, the same physical processes are at play — namely, the optical pumping of a down-converting phosphor. The key difference comes in what happens to residual optical pump.

In the case of fluorescent lamps, a mercury vapor emits a range of atomic lines through the UV-visible range, of which the 253.65-nm atomic line optically excites a phosphor coated on the inside of the lamp envelope to produce white light. Residual 253.65-nm emission (a germicidal wavelength) is gladly blocked by the glass envelope of the lamp. In the PC-LED of today, residual optical pump is transmitted to form part of the PC-LED spectrum we are so familiar with today.

Moving the pump wavelength to the UV and ensuring blocking of residual UV pump emission by LED encapsulation must be the ultimate goal. Research on such devices is ongoing and heavily reliant on the performance of UV LEDs. As we see UV LEDs reaching higher optical powers, shorter wavelengths, and longer lifetimes, perhaps we can reach this goal soon.

Recall that the spectrum of the PC-LED is not the only aspect in question but also the extremely high radiance and luminance. Decreasing blue-light radiance can also be achieved by avoiding direct viewing of PC-LEDs or increasing the emitting area, for example, by operating PC-LEDs at lower current but using more chips to maintain the same luminous output of the luminaire — undoubtedly to the detriment of cost but perhaps to the benefit of our health.

LESLIE LYONS is a technical consultant at Bentham Instruments Limited, UK, and a member of BSI and IEC committees TC 76, optical radiation safety and laser equipment and the WG6 photobiological safety panel of IEC TC 34/SC 34A - lamps.