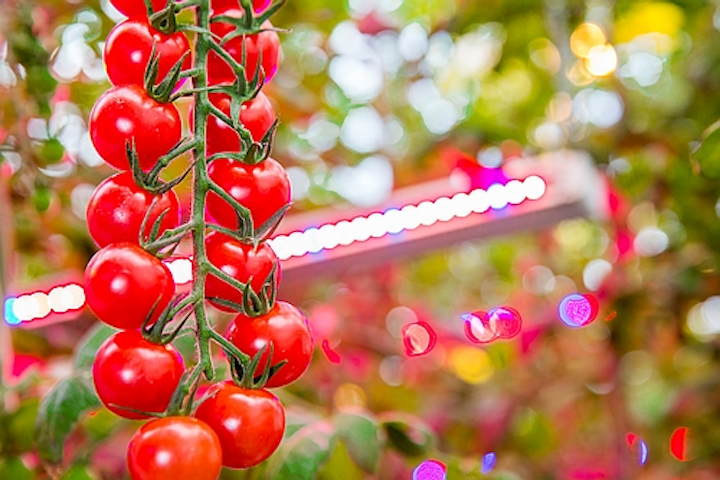 Le Jardin has already sampled the technology in a 172,000-ft2 (1.6-hectare) greenhouse at its operations in Avoine in the country's central Loire Valley region, which during some months lacks sufficient natural light for growing.

“Our challenge is to grow more tomatoes in the winter,” said Pascal Delahaye, Le Jardin founder and co-owner. “So we're excited by the use of Philips Lighting’s horticultural LED lighting, which is fundamental for our plans to increase the crop yield of fine vine tomatoes and cherry tomatoes by 10% within a year whilst upholding the taste and overall quality. This is what will put us one step ahead of the competition.” 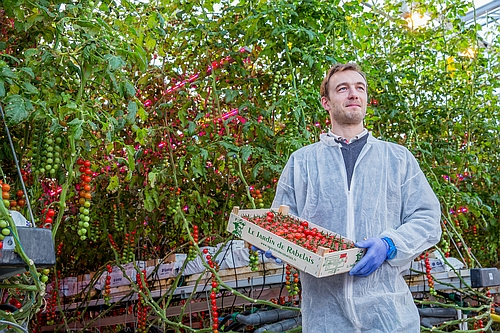 Specially tuned LED lighting is moving up to the rooftop in the new greenhouse, as opposed to within the crop at the existing Le Jardin de Rabelais facility (pictured).

Philips is working with Dutch greenhouse specialist Certhon to provide horticultural LED lighting from the roof of the new 3.4-hectare structure — the size of about six soccer fields — using 14,000 new light fixtures.

“Also, Philips Lighting plant specialists will advise on light growth recipes to optimize growth,” Philips said. “This includes the recommended light spectrum to use in conjunction with daylight available for crop growth, as well as how to achieve crop yield projections.”

Le Jardin de Rabelais will continue to operate the existing 1.6-ha greenhouse, which uses a combination of LEDs and high-pressure sodium (HPS) lighting. Unlike the new 3.4-ha facility, the existing installation does not light from the rooftop. Rather, it places lighting more at plant level. 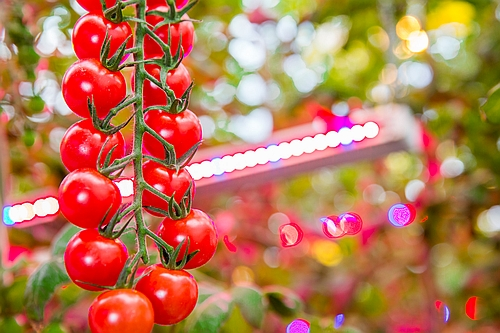 In another environmental benefit, it will also reduce the need for French supermarkets to import tomatoes from overseas, he added.