The horticultural market offers huge opportunities with cannabis only making the field even more promising, and HortiCann speakers covered the technology and the opportunity. 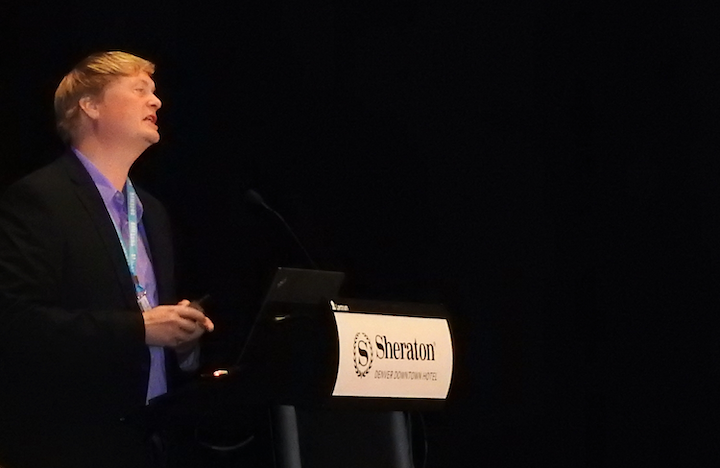 LEDs Magazine and the Endeavor Business Media LED & Lighting Network held its first HortiCann Light + Tech Conference on Oct. 31, 2019 in Denver, CO. The packed program included presentations that ranged from plant science to cultivar lighting requirements to the market potential. Presenters made it clear that LED and solid-state lighting (SSL) companies participating in the horticultural lighting area have huge opportunity ahead.

The HortiCann event was indeed our first event under that brand, although it evolved from our Horticultural Lighting Conference that we had held in each of the last three years, with the 2018 event in Portland, OR. We also held a prior event in Denver in 2017. We have now expanded the scope of the conference, recognizing that more technology than just LED lighting is required in a state-of-the-art growing operation. Moreover, we can’t ignore the impact of the cannabis market and feel we must cover it, although coverage does not equal to a position on its usage. Still, it’s a legal product today in many jurisdictions.

Neil Mattson of Cornell University and the GLASE (Greenhouse Lighting and Systems Engineering) Consortium delivered the opening keynote and immediately addressed the market opportunity. He said that in controlled environment agriculture (CEA) applications including greenhouse and vertical farms, global production value will be $25.6B (billion) this year. That number has grown from $16B in 2014 and is projected to grow to $35.5B in 2024. Those numbers come from Mordor Intelligence.

LumiGrow CEO Jay Albere said that in five years,
the North American market for cannabis would be $60B.
He said that was approximately equivalent to
the worldwide market for jeans.

Indeed, the projected growth is not just an opportunity for the LED and SSL sectors, but Mattson almost suggested it is a mandate. He showed US Department of Energy (DOE) data from 2017 that at the time suggested LEDs had penetrated only 2% of the lit greenhouses in the US. Were the projected growth in CEA to happen with growers using legacy lighting, electricity needed to power those lights just in the US would go from 6 TWh (terawatt hours) in 2017 to 33 TWh in 2025. That demand would equate to the US needing six new power plants, but LEDs could reduce the demand by 40%.

Still, the case for greenhouses or vertical farms and SSL isn’t always clear. Mattson has worked with other researchers in writing a chapter for a coming book on food supply. He showed data comparing the energy demand, global warming impact, and water use of growing lettuce in California for delivery to New York City relative to growing the same lettuce in a greenhouse or vertical farm near New York. We will get into more details on Mattson’s talk in a coming feature article. Today, the California-grown lettuce wins out, but broader usage of LEDs and yield improvements attributable to lighting will change the situation going forward.

As for cannabis, the speakers at HortiCann discussed the market and the evolving technology that can optimize yield. LumiGrow CEO Jay Albere said that in five years, the North American market for cannabis would be $60B. He said that was approximately equivalent to the worldwide market for jeans.

Furthermore, Albere said cannabis has already impacted energy usage. In 2012, 3% of the energy used in the state of California was for legal (medicinal) and illegal cannabis growing, he noted. Horticultural lighting, according to Albere, is the only remaining lighting application that is buying high-pressure sodium (HPS) lamps and fixtures. But we would hear throughout the day about advances in spectrum and methodology that are making SSL a better choice. Again, more to come in our January feature article.

In addition, our sister Strategies Unlimited business unit recently published its first market report on cannabis. The report focuses on the North American market and documents both market size and lighting technologies used in growing operations. It also projects future growth. The Strategies Unlimited team also published a broader horticultural report in 2018 and will deliver a new report on that broader sector in 2020.