The latest Caliper report on LED pendant luminaires suggests that LED pendants are more efficacious than their fluorescent counterparts, though they can be improved in other areas. 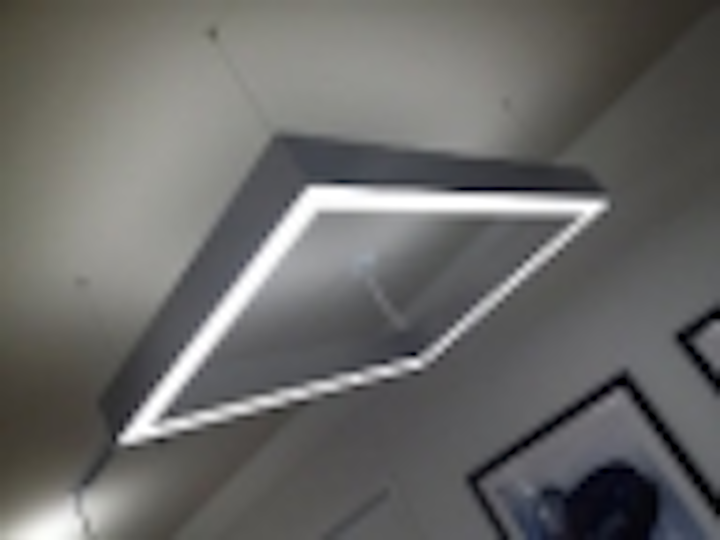 The US Department of Energy (DOE) has announced the completion of the Series 19 testing of a group of nine LED linear pendants and a collection of 11 linear pendant products available in both an LED and fluorescent versions.

Fluorescent products typically offer more different configurations, whereas LED are typically only available in one or two lumen packages. The report suggests that, moving forward, LED products would benefit from a wider range of lumen packages.

For products with clear or prismatic lenses, the LED versions did not closely match the luminous intensity distribution of their fluorescent counterparts. However, matching fluorescent is not necessarily a goal; a different distribution and appearance can be the result of delivering light more effectively where it is needed, and avoiding zones where it can cause glare, for example.