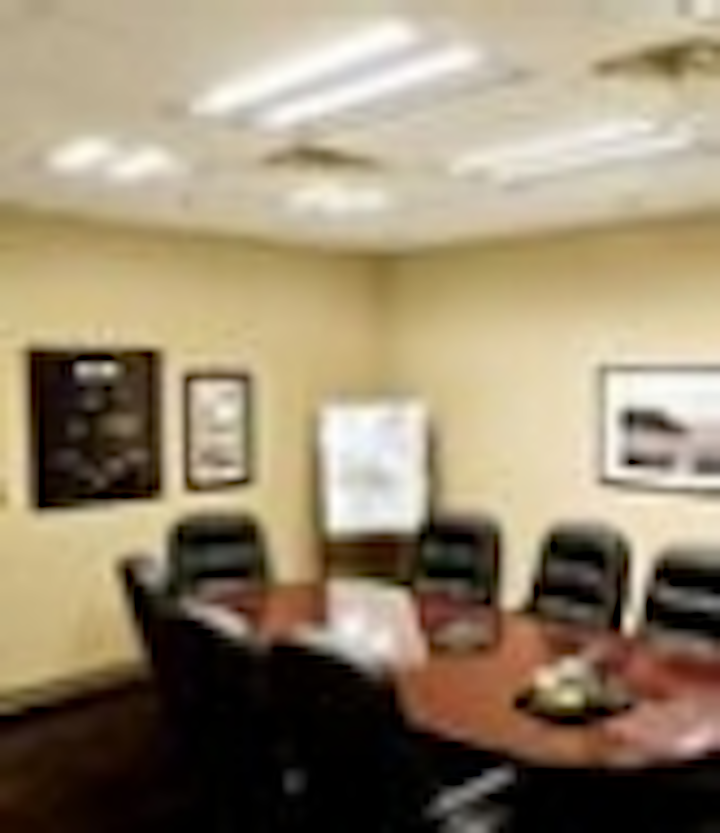 End users can reduce costs, achieve sustainability goals and reap the benefits of LED lighting without disrupting the workplace,” said Kurt Vogel, director of product development at Lithonia Lighting. At The LED Show today, he presented methods for implementing LED retrofits in traditional 2x4-ft fluorescent fixtures that can be performed in as little as ten minutes per fixture. Interestingly, by leaving the existing housing in the ceiling and using the existing wiring, waste is minimized and retrofit time is drastically shortened relative to complete fixture replacement.

Vogel stated that full troffer replacement is problematic because it is disruptive to the workplace and creates a fair amount of waste that must be removed and disposed of properly. LED retrofit kits provided by Lithonia and other manufacturers can reduce the cost, installation time and waste associated with commercial lighting upgrades. Beyond that, the quality of the light can be improved dramatically, from a so-called parabolic light pattern to more volumetric lighting that truly fills the room.

Vogel highlighting results from a recent DOE report that stated that there are roughly 1 billion T12 fluorescent tubes installed in buildings in the US, and half of those can be found in commercial spaces. The replacement of these tubes with T8 or T8-equivalent products represents a potential $4 billion savings annually alone, or the power generated by 15 coal-powered generation plants. The DOE report, can be downloaded here.

The recent legislation that phases out installation of T12 fluorescent tubes in the US began in July and is providing a kick start to the commercial LED lighting market, according to Vogel. In the US, he stated that fluorescent lighting consumes approximately 250 TWh of electricity a year, according to the DOE.

In one example, Vogel showed a typical conference room with several 2x4-ft fluorescent troffers that were upgraded using LED retrofit kits. Each fluorescent troffer in the room contained three lamps and two ballasts. The kit contains three elements: the end brackets, light engine and trim. Using the existing wiring and housing, the new LED lighting provided an average of 20 fc less at the task surface but the distribution of light in the room was clearly superior in distribution. The energy savings was 59W per fixture.

In many cases, existing controls can still be used with the LED retrofit according to Vogel. He said that in fluorescent installations where two ballasts and two switches are in place, a bi-level switch can be implemented with the new LED troffer.

When asked about recycling needs, Vogel stated that the fluorescent tubes must be disposed of properly due to the mercury content. He added that ballasts can contain heavy metals as well. Often the parabolic louvers in these fixtures also contain a fair amount of aluminum, which should be recycled and does have a monetary value.

Vogel also commented on return-on-investment (ROI), stating that for the time being, local utility rebates and electricity cost largely dictate ROI. Rebates can reduce the ROI for LED retrofits from a typical 7-year period to 2 years.