Lighting-control projects in a university laboratory and an upscale hotel demonstrate that retrofitting lighting installations with adaptive capabilities can be handled with minimal disruption to businesses. 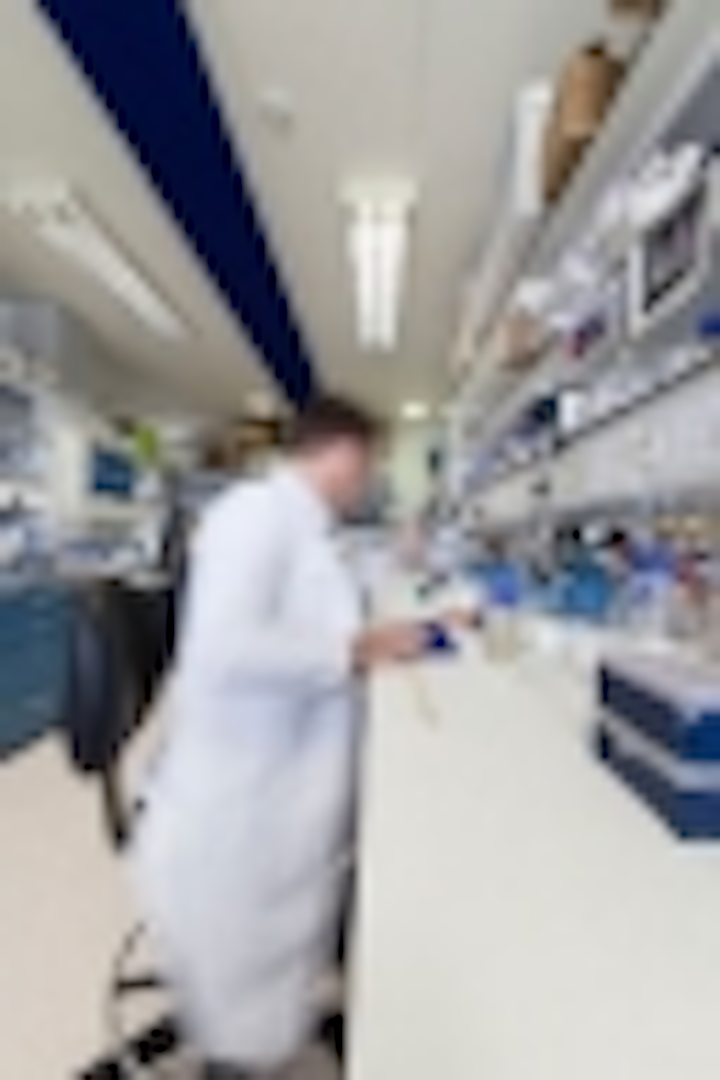 Lutron has revealed the details of two lighting-control retrofit projects that show how a range of businesses can add adaptive controls to existing lighting without disturbing operations and realize significant energy savings. The projects include an upgrade of research laboratory space at the Gurdon Institute at the University of Cambridge, and of guest rooms in the Frankfurt Marriott Hotel.

At The Gurdon Institute in Cambridge, England, the facilities team recognized that shared work areas such as laboratories and equipment rooms were using a disproportionate amount of energy because no employees owned the space and actively managed the lighting situation. Kathy Hilton, building facilities manager, referred to the areas as "unloved" with sporadic rather than consistent presence of workers and identified them as having great potential for conservation.

Working with P A Collacott & Co, Hilton installed control technology in both a research lab and an equipment room. In the equipment room, the team converted existing 36W fluorescent T8 fixtures to 28W T5 lamps. More significantly, the project included sensing and switch technologies that are part of Lutron's Energi TriPak of wireless-enabled controls family.

In the equipment room, the team added two Radio Powr Savr occupancy/vacancy sensors and a Lutron Rania RF control switch. The installation enabled lighting control from the switch or based on use of the room. Because no new wires were installed, the disruption to workflow was scarcely more than a lamp change in the fluorescent fixtures.

In the lab, the team made similar changes to T5 lighting but installed a more robust control system. The project included a Lutron Energi Savr Node module that adds the ability to control the lighting via computers, iPads, or iPhones. Moreover, the lab installation included daylight sensors as well to reduce artificial light levels when natural light is present.

In both rooms, the facilities team installed metering equipment to monitor savings. In the equipment room average consumption per 24 hours is 16.39 kWh when control is manual use of the switch. With the sensors enabled, that figure drops to 5.45 kWh. The magnitude of the savings in the lab was less by percentage because the room is used more, but far more significant in absolute energy use. The total is 360 kWh with manual control and 160 kWh with automated controls.

The tests in the two rooms has resulted in installation of the Lutron technology in 97 more zones in the building. The facilities team projects 1000,000 kWh of annual savings totaling GBP 10,000 ($16,000). Projected payback is two years based on a GBP 20,000 investment.

The story at the Marriott hotel is similar although it was in guest rooms and obviously a public-facing project. "Today's guest expects different standards from a hotel room than they did as recently as ten years ago," said Hansjörg Hefel, general manager of the Frankfurt Marriott Hotel. "This refurbishment was undertaken not only to meet those requirements, but to future-proof our hotel for many years to come."

In the guest rooms, the hotel installed Lutron Pico control keypads in place of light switches, and wireless Lutron PowPaks to control loads such as bathroom lighting, a floor lamp, and the main AC power supply to the room. The hotel found it could install the technology in a room in 30 minutes and no redecoration or lighting change was involved. In total, the hotel retrofitted 588 rooms.

The hotel recognized it needed to invest in energy-saving technology and to provide convenience controls for guests, so the concern wasn't purely what the savings would be relative to energy usage prior to the project. Instead, the hotel compared the Lutron wireless approach to a conventional wiring retrofit and measured the results in avoided loss of revenue and savings from not having to redecorate rooms. The total was EUR 1.1 million ($1.47 million).