New SSL members of the Reveal family include a BR30 lamp and A-lamps that are equivalent to 60W and 40W incandescent bulbs that all deliver 80% energy savings. 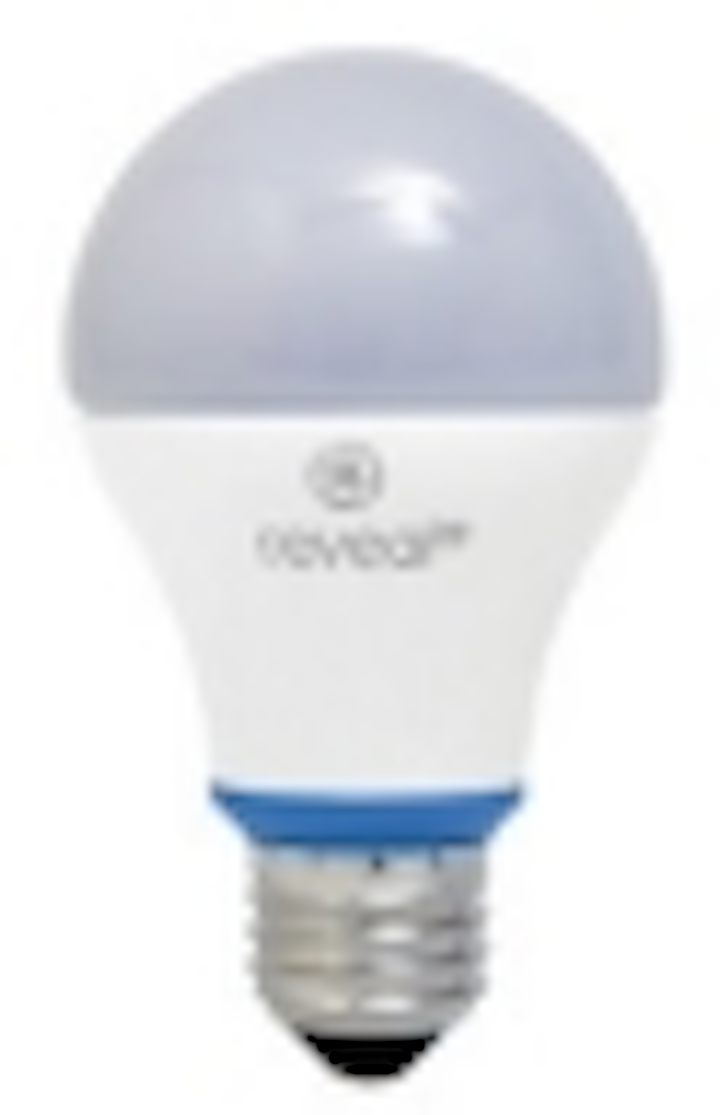 GE Lighting has long used the Reveal brand as an indicator of premium-performance light bulbs that do a superior job of color rendering relative to the company's mainstream portfolio. Now the company has begun selling LED-based retrofit lamps in the Reveal solid-state lighting (SSL) family offering 90-CRI color performance across 40W- and 60W-equivalent A19 lamps and a BR30 lamp.

GE first mentioned the Reveal-branded A19 LED lamps at its Lightfair press conference this past April. We only briefly mentioned that announcement in LEDs Magazine back in April because the company did not provide any specifications or details as to when the products would be available.

Like other 90-CRi or higher products, the Reveal lamps carry a price premium compared to many other LED lamps. For example, Cree recently announced a 93-CRI version of its A19 60W-equivalent lamp that sells for the same $19.97.

While the prices may be on the high side, there is surely a market for the high-CRI products. Back at LightFair, John Strainic, general manager for North America consumer lighting, described the customer base that consistently buys the Reveal brand as "loyal and discriminating."

Ultimately the key point is that customers who want the best light quality can now also get the longest-life and lowest-energy technology in the same product enabling SSL usage in more places. "So often we just take the color of light for granted —you flip the switch, and you get light," said Mary Beth Gotti, GE's residential lighting design expert and manager of the GE Lighting Institute. "But GE Reveal transforms a room and dramatically reveals finishes and furnishings in a way that traditional lighting cannot. GE Reveal LED lighting brings energy savings and a fresh new look to a room, enhancing colors and removing the yellowish haze that we don't even realize is there until it's gone."

GE described all three products as having the traditional look of the incandescent lamps that they would replace. That is certainly true of the BR30 lamp, and also true with regards to the shape of the A19 lamps. But the A19 lamps do have an opaque base that reaches from the socket to near the equator of the globe. Those lamps don't deliver true omnidirectional light, but GE describes the performance as "semi-omnidirectional" with a 220° beam spread. Still, there is no evident heat sink, just the unobtrusive white base.