A research study looking at paint degradation caused by illumination has been misinterpreted to throw LEDs into a bad light. 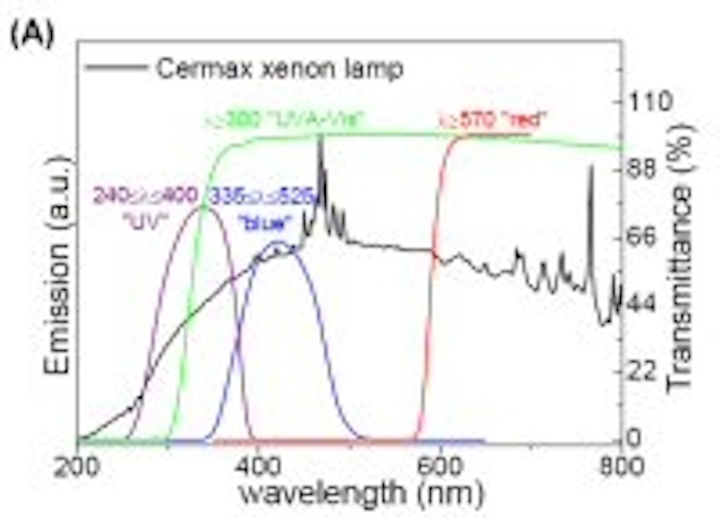 Museums and art galleries are often touted as excellent applications for high-quality LED lighting, provided that the necessary targets for characteristics such as color rendering can be met. Among the benefits provided by LED lighting, alongside energy savings, is the lack of ultraviolet (UV) and infrared (IR) radiation. The absence of IR means that the LED light source does not produce heat, and can be placed close to the piece to be illuminated. Meanwhile, the absence of UV is said to prevent degradation of potentially sensitive materials.

However, many different materials are used in works of art, and each can respond differently when exposed to different wavelengths of light. In fact, one set of scientific results looking at yellow paints used over a century ago has resulted in some very bad press for LED lighting. But the link between these results and LEDs is tenuous at best.

For example, The Independent, a daily national newspaper in the UK, published an article entitled “Sunflowers wilt: Van Gogh's masterpiece is slowly turning brown as a result of exposure to LED lighting.”

The article states, for example, that “scientists have discovered that the bright-yellow pigment featured in several famous artworks becomes unstable under LED lights and, over time, turns a shade of brownish green.”

But on closer inspection, it turns out that the scientists didn’t actually use LED lights at all. Instead, they used a high-intensity Xenon lamp (Cermax 175W) in combination with various wavelength filters.

The link between the results and LED lighting originated with a press release from the University of Antwerp in Belgium, entitled “LED lights may be bad for Van Gogh paintings.” This describes the work of a group of researchers from Italy, Belgium, Netherlands, France and Germany, who investigated changes in color of yellow lead- and chrome-containing pigments used by Van Gogh and other painters.

Fig. 1 below shows the filters used for the experiments. Darkening of the yellow paint samples was most pronounced for the “UVA-Vis” filter, but as Fig. 1 shows this filter produces emission with a constant intensity above 300 nm.

The darkening effect decreased from “UV-Vis” to “UV”, then “blue” then “red.” When looking for an LED comparison, the “blue” filter produces a much broader peak in the blue spectral region than is observed for a typical white LED. None of the other filters produce spectra that bear any relation to conventional white LEDs.

Soraa, the California-based LED lamp manufacturer, has looked into this issue and provided further technical analysis. Soraa said it was responding to “erroneous reports of painting degradation by LED lamps” and said that the study had been “loosely and irresponsibly associated with LED lighting.”

According to Soraa, the Xenon lamp used in the study has a spectrum that is “vastly different from those of white-emitting LEDs for illumination.” Fig. 2 compares the spectra of the Xenon lamp, a halogen lamp, and Soraa’s 2700K Vivid LED MR16 lamp.

Degradation of the paint samples was observed under intense irradiation, said Soraa, amounting to more than 1000X the values used in conventional illumination, when the “blue” (335-525 nm) filter was used.

Soraa contends that photo-oxidation effects are more probable as excitation wavelengths get shorter, and therefore the energy of the radiation is higher. “It is very plausible that the degradation observed by the researchers at University of Antwerp is caused by UV-A light leaking through the ‘blue’ filter,” said Soraa’s press release.

Whatever the reason for the degradation observed in the Van Gogh paintings, it is clear that the people responsible for illuminating art and museum pieces need to be aware of potentially detrimental effects of using certain light sources.

However, instead of relying on erroneous press reports with knee-jerk warnings against LEDs, perhaps they should consider funding some research that actually uses LEDs.