Much of China is taking SSL lessons from New York’s Times Square or Las Vegas in lighting the exteriors of metropolitan buildings, but Signify has supplied more sedate tunable-white LED lighting for historic buildings in the Shanghai Bund. 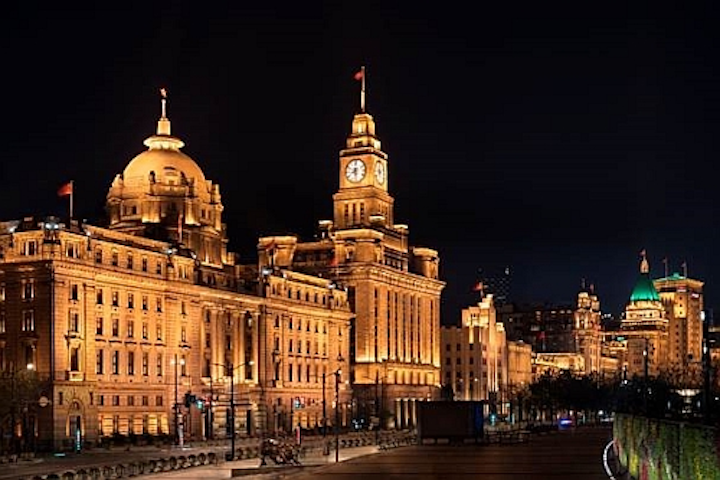 Much of China is taking SSL lessons from New York’s Times Square or Las Vegas in lighting the exteriors of metropolitan buildings, but Signify has supplied more sedate tunable-white LED lighting for historic buildings in the Shanghai Bund.

Signify (formerly Philips Lighting) has announced another set of exterior LED lighting project in the burgeoning city of Shanghai, China. Working with a number of high-profile lighting designers and architects, Signify has provided tunable-white solid-state lighting (SSL) products from its Interact, Color Kinetics (formerly Philips Color Kinetics), and Philips brands. The more sedate lighting, relative to an earlier Shanghai SSL project, has been applied in the Bund or Waitan district near the waterfront in central Shanghai — home to many buildings with historical significance.

Late last year, we reported on a larger Shanghai SSL project that stretched nearly a mile along the waterfront, encompassing more than 70 buildings and three major bridges. That project generally utilized dynamic color-changing LED lighting and Interact control systems. Indeed, China has been quick to deploy over-the-top dynamic SSL including the project at the China World Trade Center Tower in Beijing where the building is now a large video screen. 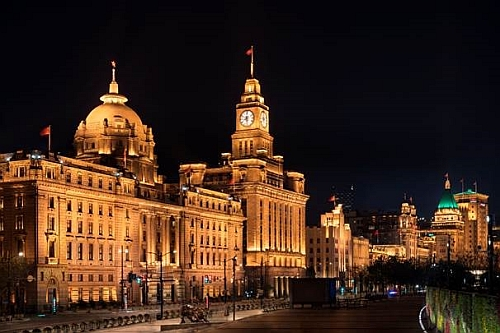 Tunable-white LED lighting illuminates the façades of many historic buildings in the Shanghai Bund or Waitan district. (Photo credit: Signify.)

Key participants in the Shanghai Bund project include:

There is a compelling video of the project that demonstrates the range of capabilities of the installation. The project can still produce dynamic shows moving along the waterfront. But it can also more subtly set CCT and spectral power distribution (SPD) in ways that best reveal the architecture, taking account of the ambient light in the area.

The Signify Interact Landmark control system delivers unified control for the entire Bund district. Philips Lighting revealed the Interact Internet of Things (IoT)-centric brand at Light+Building (L+B) 2018 about one year ago as the Signify name was just coming to fruition. Interact Landmark is just one of the implementations of Interact IoT technology and, as the name implies, is intended to light iconic outdoor sites such as monuments, bridges, and buildings. There are other flavors of Interact including Interact City for smart city applications, Interact Office, Interact Sports for professional sports venues, and Interact Retail with indoor positioning capabilities.