Retrofit lamp stories were the most popular according to LEDs Magazine web readership statistics, followed by financial stories, technology stories, and then new product releases. 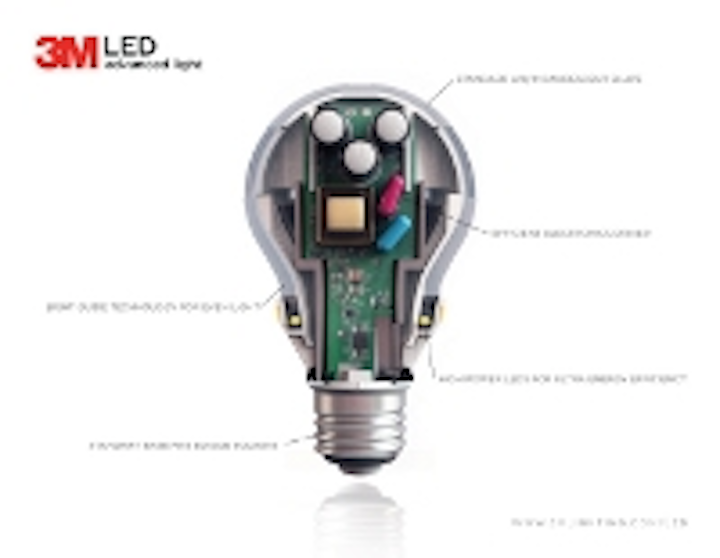 Another year is coming to end, and we at LEDs Magazine are taking a look back at the top stories that grabbed our readers' interest. Following in the footsteps of 2011, retrofit lamps were once again the hottest solid-state-lighting (SSL) topic. However, this year financial stories came in just behind retrofit lamps, with stories featuring new technologies coming in third.

Financial forecasts and reports were placed four times in the top ten, and the growth just keeps on coming. The LED market is expanding at such a rapid rate, having grown 10% in the past year, and you, our readers, have been keen on staying up to date with the latest market news.

Our readers were also interested in staying up to date on the most recent LED products, with new product coverage making up several of the stories in the top ten, and half of the stories between 11th and 20th on the list.

This year brought plenty of good news to the SSL industry, and the retrofit market in particular is looking very strong. With technology still advancing at a rapid pace, we at LEDs Magazine are looking forward to what 2013 will bring.

A light guide provides omnidirectional light distribution in 3M's new LED-based lamp that is decidedly different from the typical SSL approach to the retrofit application.

Strategies Unlimited’s analysts believe that the LED lighting market is growing nicely, though they expect lower LED prices to keep a lid on LED-component growth in the foreseeable future. LAURA PETERS and MAURY WRIGHT report from the Strategies in Light conference.

The worldwide LED market grew 9.8% to $12.5 billion in 2011, with 44% growth in the lighting sector, according to Strategies Unlimited, who revealed the top-ten LED suppliers for the year. However, the outlook remains roughly flat for the next 5 years, peaking in 2013.

5. UV LEDs ramp up the quiet side of the LED market (MAGAZINE)

Relative to visible LEDs, UV LEDs are a quiet market at only $30 million, yet recent breakthroughs in radiant power and intensity have enabled the displacement of mercury-vapor lamps in applications including UV curing and counterfeit detection, reports LAURA PETERS.

Lightfair will see a number of companies introduce SSL retrofit lamps that are equivalent of 100W incandescent bulbs and GE Lighting and Philips Lighting announced such products before the exhibits opened.

Silicon Valley start-up Soraa is manufacturing LEDs using a unique GaN-on-GaN process, and has used these to build high-performance MR16 lamps that are its first products.

11. Are you using all of the lumens that you paid for? (MAGAZINE)