GE Lighting and Cree have collaborated to develop a 60W-equivalent lamp with conventional looks that will be submitted to the DOE L Prize competition. 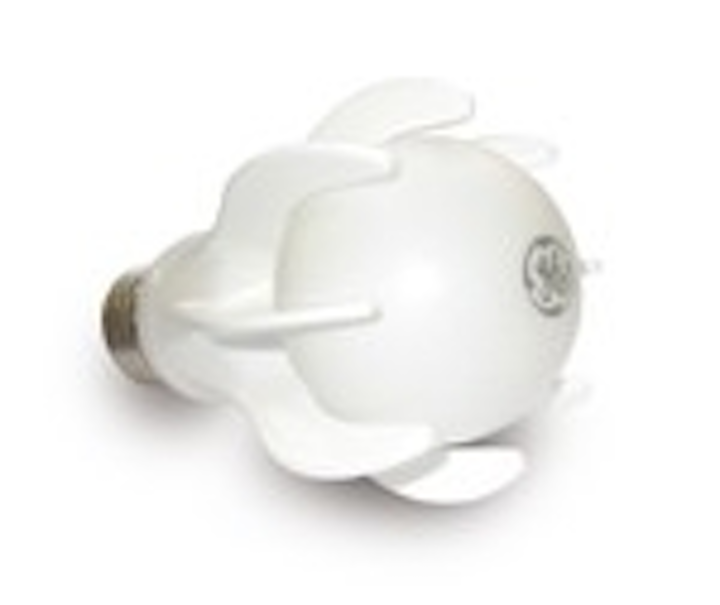 GE Lighting has announced plans to submit a 60W-equivalent LED lamp to the US Department of Energy (DOE) Bright Tomorrow Lighting Prize (L Prize) competition targeted at solid-state-lighting (SSL) replacements for inefficient legacy lights. GE has collaborated with Cree using the latter’s TrueWhite Technology in a design that the companies believe will meet the decidedly-challenging L-Prize requirements.

Thus far, GE has only submitted a letter of intent to the DOE signaling its intent to compete for the L Prize. For the actual entry package, the DOE requires 2000 lamp samples, a commercial manufacturing plan, and detailed technical specs. GE has not yet said when it will make the entry.

The GE statement also asserted that the lamp would look similar to legacy incandescent bulbs. GE Lighting Vice President of Marketing and Product Management Steve Briggs said, “Our L Prize journey is inspired by the challenge to deliver advanced technology in a form factor that delivers on consumer expectations. We won’t be the first to submit an L Prize candidate, but we believe our solution will more closely match consumer preference for an incandescent look and feel.”

The GE stand on look and form factor appears directed at Philips – the first and only company with a candidate lamp undergoing the L Prize evaluation process. The Philips design relies on remote-phosphor technology that makes the lamp appear yellow when not illuminated. Moreover the Philips design is segmented by cooling air channels that cut deeply into the lamp form. But the LPrize requirements don’t address the look of the unlit bulb.

GE used similar language about a traditional-looking white lamp when it first demonstrated its 40W-equivalent LED lamp (pictured) at Lightfair International (LFI) in 2010. The company subsequently brought that product to market in December 2010 and was the first company to achieve Energy Star compliance with a LED retrofit lamp. The company demonstrated a similarly-designed 60W-equivalent LED lamp at the recent LFI 2011 event, although the company has not said whether or not that was the L Prize candidate.

Over the course of the last month, there has been rampant speculation and rumor suggesting that Cree had won a commitment from GE to supply LEDs for a 60W LED lamp. Given this latest news, it’s clear that Cree will supply LEDs, or LED modules, for the L-Prize candidate but we await word from GE as to whether there is a second 60W-equivalent product.

The DOE has acknowledged the tough requirements of the L-Prize since establishing the program and offering both cash prizes and the promise of implicit DOE endorsement and promotion of winning products. In addition to 900 lm output, the 60W-replacement category requires a 10W (or lower power) lamp with a CRI of 90 or more, color temperature between 2700K and 3000K, and projected lifetime of greater than 25,000 hours.

The L-Prize competition initially included 60W and PAR38-Halogen categories. Earlier this year the DOE temporarily suspended the PAR38 competition having received no entries. The agency had said it would re-launch the PAR38 competition this past May, but has not done so as yet. The DOE also plans to add a 21st Century Lamp category that is not yet defined.

Lighting Science Group (LSG) has also announced its intention to compete for the 60W L Prize. The LSG design utilizes and inner dome with a remote phosphor and an outer dome that appears white. The DOE had said that it expected the complete LSG entry in late June but there has been no indication as yet whether or not LSG has satisfied the aforementioned entry requirements.