Older articles on Vehicles (before September 2006) 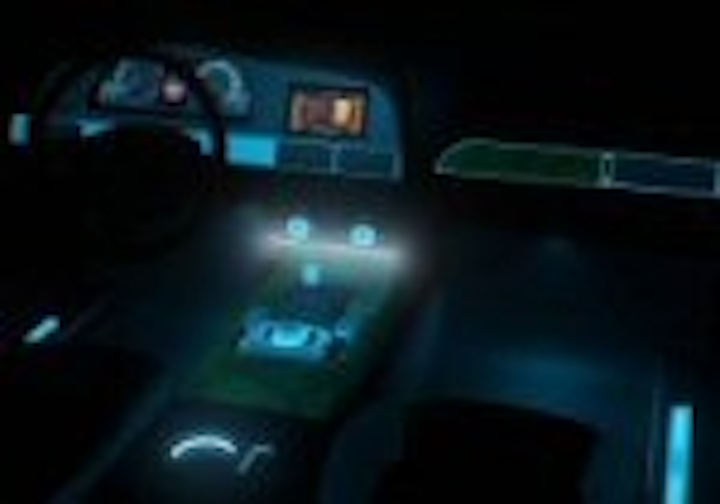 LED modules offer a bright future for aviation lighting (Sep 06)
LED lighting offers exciting benefits for aircraft both in terms of how the lighting can be designed and the installed functionality it can deliver, according to James Stratford of Universal Science.

Interior LED lighting signifies driver luxury and comfort (Mar 06)
LEDs are one of several technologies that are starting to be using for interior ambient lighting in vehicles, ranging from top-end luxury cars to long-haul aircraft. Tim Whitaker reports from the Intelligent Interior Lighting conference.

Resonant-cavity LEDs fire up latest in-car networks (Mar 06)
The plastic optical fiber networks that feature in many of today's cars have data transmission rates that are limited by LED switching speeds. This barrier can be overcome, though, says Firecomms' John Lambkin, if these light sources are replaced with resonant-cavity LEDs.

LEDs and concept cars at Frankfurt Motor Show (Dec 05)
The annual automotive technology showcase in Frankfurt included many examples of manufacturers experimenting with the use of LED lighting concepts for interior and exterior lighting.

Hella demonstrates white-LED headlamp technology suitable for production cars in 2008
By 2008, all the major technical and regulatory barriers to implementing LED headlamps in production vehicles will be overcome. LEDs Magazine spoke with Norbert Schiermeister, who is head of LED development for front-lighting applications at Hella.

Solid-state lighting in the automobile: concepts, market timing and performance
Despite the advantages offered by LEDs in automotive front lighting, the technology should not be considered a "plug and play" replacement for either tungsten-halogen or HID lamps, write Tom Pearsall, Eric Mounier, Jean-Christophe Eloy and David Jourdan.

LEDs for heavy trucks and commercial vehicles
The proportion of LED lamps used in commercial vehicles continues to increase and LEDs will largely replace incandescent lamps in a few years, writes Newel Stephens of Grote Industries.

The case for LED headlamps
A large number of car manufacturers have experimented with the use of white LED headlights in their concept vehicles, although production models with LED headlights are not expected to hit the marketplace until 2006-2007.

Hyundai HCD8 sports coupe demonstrates design innovations enabled by LEDs
Among the many concept vehicles that have used white LED headlights in the past few years, Hyundai's HCD8 is among the most distinctive. LEDs Magazine spoke with the Chief Designer, Joel Piaskowski, who described the advantages of using LEDs for exterior lighting.

LEDs continue push into automotive applications
LEDs are already established in some aspects of the automotive lighting market, while speakers at the Intertech LEDs 2003 conference described new applications including headlamps.

PerkinElmer and Osram supply LEDs for concept car headlights (May 06)
PerkinElmer has supplied LEDs to Visopia for a Scion concept car, while a new demo vehicle from Saab uses just 3 Ostar LEDs from Osram for the headlights.

Goodrich supplies LED lighting for Boeing 787 flight deck (Mar 06)
A contract to supply LED flight-deck illumination for the Boeing 787 Dreamliner is the latest example of solid-state lighting on this new aircraft.

Vehicles: LED lighting used by Ford, Boeing (Jan 06)
Ford is showcasing LED-based adaptive front lighting on a concept car, while Boeing will use LED lighting in its 747-8 jumbo.

Army tests LED headlamps in Alaskan extremes (Feb 06)
The US Amy has tested white LED headlights on a Hummer vehicle in a frigid environment.

Hella uses LEDs to create unmistakable looks for the rear
Hella has unveiled a series of prototypes highlighting advances in rear lighting technology.

Osram, Hella supply automotive LED lighting
Osram Opto Semiconductors has provided white LEDs for the headlight of a Maserati concept car, while Hella has supplied LED lighting for the rear cluster of the presidential limo.

Hella earns auto prize for LED headlamp concept
A prototype LED headlamp developed by Hella and VW has been awarded a top innovation prize at the Barcelona Motor Show.

Hella warns against direct replacement of LEDs in tail lamps
Hella has cautioned against using LED modules in commercial vehicle tail lamps which have been approved exclusively for use with filament bulbs.

LEDs strongly in evidence at North American Auto Show
Automotive manufacturers are using LEDs on their vehicles as well as in the displays on their exhibits.

Philips teams with Lumileds to target automotive applications
Philips and its part-owned subsidiary are taking steps to gain a foothold in the automotive market for solid-state lighting.

LEDs supply light source for BMW head-up display
High-brightness red and green LEDs are providing the backlight for an LCD that generates images for the head-up display in the new BMW 5 Series.