LED components that can deliver 3000 ANSI lumens in a projector application mean that small projectors will come to the market and into homes, delivering incredible video performance on very large screens. 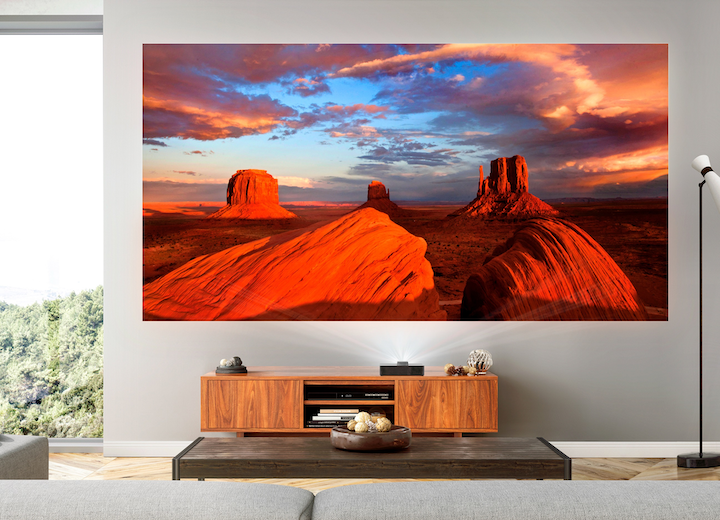 Osram’s CES (formerly the Consumer Electronics Show) exhibit was primarily focused on autonomous automotive applications and we will cover that technology in a coming story, but the company also demonstrated new Osram Opto Semiconductors color LEDs in a projector application that achieve more than 3000 ANSI (American National Standards Institute) lumens. LEDs can now replace legacy sources in most video projector applications. The move to solid-state lighting (SSL) will mean that bulky projectors will be usurped by tiny models that essentially hide in plain sight and will make large-format video screens far more available and affordable for residential applications.

Most projectors today are based on DLP (Digital Light Processing) ICs primarily from Texas Instruments that utilize digital micromirror technology to direct light. We had a contributed article on DLP technology back in 2018. Projector designs for larger screens, or for screens used in bright ambient conditions, typically use very-bright xenon legacy lamps as a source of light.

The limitations of the legacy solution relative to LED-based designs will sound familiar to analogous comparisons in other lighting applications. The xenon lamps have relatively short lifetimes, generate a lot of excess heat, and use substantial energy.

The issue of the size of the projector engine also comes into play. A typical DLP-based design relies on a mechanical system to both create colors and enable dimming. Separate dimming and color wheels must rotate into the proper position as each pixel is projected. The result is a fairly-large projector engine that requires cooling.

Color LEDs can yield a far simpler design because the individual components are independently dimmable. And a typical design with red, green, and blue (RGB) LEDs would not need a color wheel to produce the correct pixel colors. The result is a projector approaching the size of, say, a Roku streaming media player as opposed to your legacy DVR set-top box. The LED-based design isn’t much larger than a deck of cards.

The issue with LED-based designs has been engineering components that could approach the needed lumen output for large screens or for screens used in bright ambient conditions. Osram said no LEDs have been able to deliver 3000 ANSI lumens prior to the launch of the new Ostar LEDs. 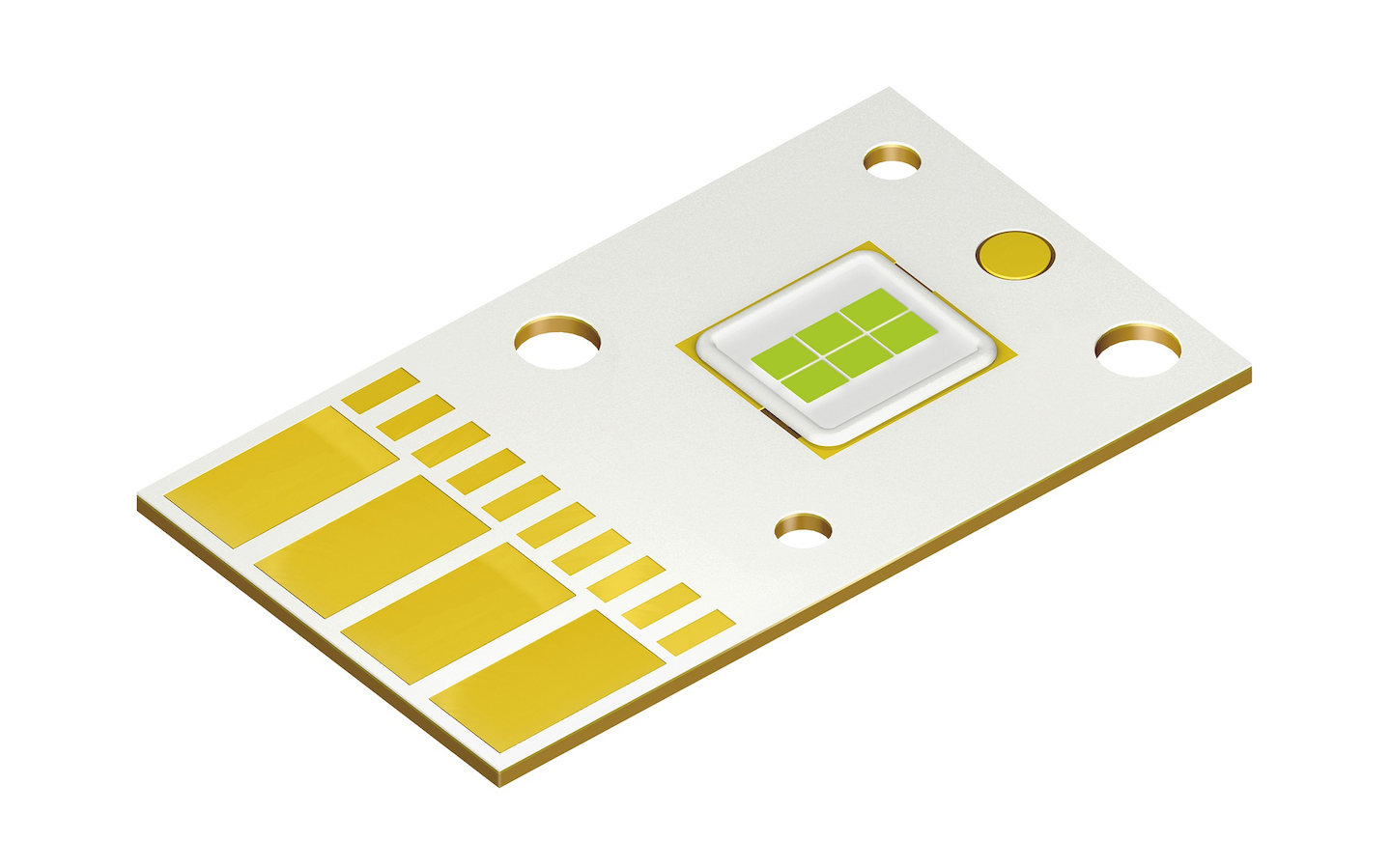 Osram’s Ostar Projection Power family of LEDs brings brilliant RGB color to three different power classes. (Photo credit: Osram Opto Semiconductors.)ANSI lumens related to projectors are a different animal than the lumens (lm) we use to characterize general lighting. In lighting, the lumen output refers to the total flux produced by a light source over 360°. For projectors, ANSI defined a lumen metric (and yes, the organization probably should have called it something else) that is derived by taking various measurements at the plane of a screen. Essentially, the ANSI lumen defines the maximum amount of white light a projector can deliver to a screen.

There are no hard and fast rules as to how many ANSI lumens you might need for a given application. Companies that make projectors have said that 1500 ANSI lumens are sufficient for a 10-ft screen in a darkened room. But you might need far greater output in a bright environment. Exceeding 3000 ANSI lumens should allow the new Ostar LEDs to serve in most any residential projector application and in most corporate conference-room applications that are set in bright environments.

In total, Osram has announced 12 new packaged LEDs, three in each of the four colors. Essentially, the LEDs are intended for low-, medium-, or high-power projector applications. And the maximum output is dependent on the number of individual emitters integrated in each package. For instance, there are versions in each color with two, four, or six emitters in the package. An SSL product development team might use the two-emitter LEDs to deliver a 1500-ANSI-lumen projector but would need the six-emitter models to exceed 3000 lumens.

“With products from the Osram Ostar Projection Power family, we have successfully crossed the 3000-ANSI-lumens barrier using LED technology,” said Wolfgang Schnabel, product manager in the Visualization & Laser division at Osram Opto Semiconductors. “Our customers can easily integrate the new components in their desired power class into their system design and replace conventional lamps with state-of-the-art LED systems.”