An investigation by the ITC can prove to be the quickest way to reach an early resolution to patent disputes in the fast-moving LED lighting space, says Darren Jiron of Finnegan in this WEB EXCLUSIVE article. 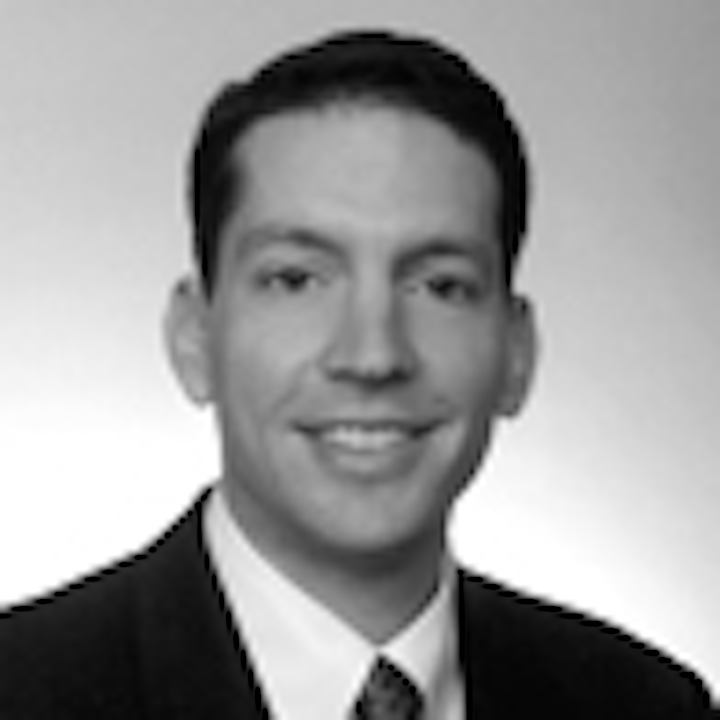 The lighting industry is on the verge of a revolution. Over the next decade, solid-state lighting (SSL) devices will become the norm in lighting applications. Already, LEDs, OLEDs, and other SSL devices have begun displacing traditional incandescent lights and gas discharge lamps. The new SSL devices live longer and require far less energy than traditional lights. They are cool to the touch during operation and come in colors spanning the visible spectrum.

Nearly every facet of the lighting industry is expected to benefit from the introduction of SSL devices. Among other applications, these devices have enabled the latest generation of thin, bright, energy efficient displays, and they are revolutionizing how we light our homes, offices, cars, and even building exteriors. With so many applications, SSL potentially offers a nearly limitless opportunity for growth. Many market segments have estimated multi-billion dollar growth over the next five years alone.

Explosive growth in the SSL industry will foster increasingly intense competition. As competition increases, patent enforcement actions become more common. Such actions can help corporations preserve market space and stay ahead of competitors. With swift technological innovation and rapid product deployment in the SSL arena, however, quickly securing a decision in a patent enforcement action may be of supreme importance. An investigation before the United States International Trade Commission (ITC) may fit the bill.

The ITC is a US federal agency that has jurisdiction under Section 337 of the Tariff Act of 1930, as amended, to investigate claims that the importation of goods into the United States that allegedly infringe patents, trademarks, or copyrights constitutes an unfair method of competition. While ITC investigations can involve many facets of intellectual property (IP) law, most ITC investigations involve claims of patent infringement. When the ITC determines that goods are imported into the US in violation of the law, it can issue exclusion orders (both limited and general) directing the US Customs Service to prohibit further importations of a broad range of goods related to those IP rights.

After the evidentiary hearing, the ALJ issues an initial determination deciding the issues in the investigation and, if applicable, recommending a potential remedial order. The Commission may review and modify the initial determination, and if the Commission finds a violation of Section 337, it will institute a remedial order (usually a limited or general exclusion order in patent infringement investigations) to exclude infringing articles from the US market.

The parties to a section 337 investigation include complainants, respondents, and a staff attorney from the ITC’s Office of Unfair Import Investigations, who represents the public interest. To initiate an ITC investigation, the complainant must be an owner of US intellectual property rights, and at least some part of the allegedly infringing articles must be imported into the US.

Both US- and foreign-based companies can file complaints with the ITC, targeting US- and/or foreign-based companies. As many SSL components are manufactured outside of the US and later imported into the US, SSL products often will satisfy the importation requirement necessary to sustain an ITC investigation.

To prevail in an ITC investigation, the complainant must demonstrate a US domestic industry (in addition to proving infringement by the accused articles). The domestic industry requirement involves a two-part inquiry: namely, the economic prong and the technical prong.

The economic prong may be satisfied if the complainant has made significant investment in the US in the form of plants, equipment, labor or capital, or in activities such as engineering, R&D or licensing of the asserted patent. Generally, it is rare for the ITC to find that there is insufficient economic activity to satisfy the economic prong.

The complainant can satisfy the technical prong by demonstrating that its domestic industry exploits the relevant IP (e.g. the patented technology). Making, designing, or testing a product in the US covered by a claim of the asserted patent or engaging in efforts to license the patent in suit can all evidence exploitation of the relevant IP.

Why the ITC may be an attractive forum

The ITC can be an attractive forum for patent owners, especially those in the rapidly evolving SSL industry. First, the ITC is fast. The evidentiary hearing typically occurs within seven to ten months after filing the complaint (vs. two or more years in many US district courts), and target dates for completion of an investigation and issuance of any remedial order are generally set for less than sixteen months.

Every phase of an ITC proceeding offers potential time gains over some US district courts. Discovery requests typically have a ten-day response period and briefing schedules are accelerated. Respondents, unless diligent, can quickly fall behind, especially in early stages of the investigation.

Second, ITC ALJ's tend to be patent savvy. Each ALJ has a docket limited to IP cases, most constituting patent infringement investigations, and it is not uncommon for ALJ's to preside over multiple patent infringement hearings in a single year. At this rate, even new ALJ's quickly become immersed in complex patent-related issues and gain valuable experience in deciding issues unique to patent law.

Third, there are no juries at the ITC. Evidentiary hearings at the ITC proceed before the ALJ alone, which can eliminate at least one source of uncertainty often associated with US district court actions.

Fourth, the ITC enables broad reaching discovery. The ITC has nationwide subpoena jurisdiction, which can facilitate discovery, especially from third parties. Additionally, information can readily be obtained from foreign entities, without having to wait for service of process to be perfected or for resolution of personal jurisdiction issues. The ITC serves the Complaint, and its rules allow for the immediate service of discovery. Issues of personal jurisdiction are largely irrelevant in ITC investigations due to the in rem nature of the proceedings (meaning that the respondent need not have any physical presence in the US for the ITC to act against its products), and discovery from foreign parties can begin without delay. Although the ITC lacks authority to compel a foreign company to produce discovery, the rules provide for evidentiary sanctions for failure to produce discovery. To avoid such sanctions, foreign parties must produce all appropriate discovery, including, e.g. plant inspections outside the United States, especially in process patent cases.

Fifth, and most importantly, the ITC offers complainants potentially severe remedies. While the ITC offers no money damages, it does provide the opportunity for securing injunctive relief in the form of an exclusion order (either limited or general) or a cease-and-desist order, or both. Exclusion orders mandate that infringing articles be excluded from entry into the United States, and cease-and-desist orders stop certain activities within the US, including the sale of infringing goods already held in domestic inventory. Similar types of injunctive relief have become more difficult to obtain in the US district courts in the wake of the EBay decision.

Results of an ITC proceeding

If the ITC finds that a respondent has violated Section 337, at a minimum it will issue a limited exclusion order. These orders are directed to infringing products manufactured for importation into the US, imported into the US, or sold in the US after importation by the named respondents.

By virtue of the significant risks posed by remedial orders available at the ITC, most ITC respondents quickly recognize the high-stakes nature of ITC investigations. Any company that manufactures, imports, sells or purchases imported goods risks losing access to the lucrative US market upon issuance of an ITC exclusion order. Such high risks can encourage the parties to seek early resolution to patent disputes—an attractive benefit to any SSL participant interested in expeditiously sorting out IP rights and moving forward in this promising field.