For the second time in a year, the Lighting Research Center implicates light levels and duration as greater villains than blue frequencies in poor sleep. 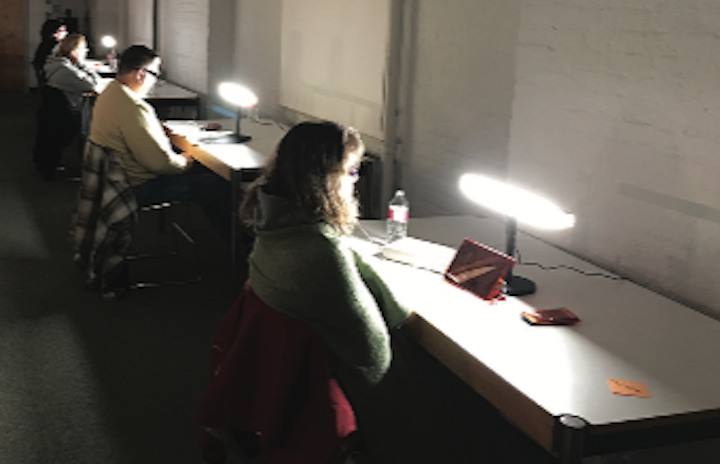 For the second time in a year, the Lighting Research Center implicates light levels and duration as greater villains than blue frequencies in poor sleep.

A top lighting research group has reported that the amount of light at night — light levels plus duration — can potentially disturb sleep much more than can blue spectrum in the light. The findings marked the second time in a year that the group has downplayed the detrimental sleep effects of blue compared to other factors, such as brightness.

The study of 16 adults by Rensselaer Polytechnic Institute’s Lighting Research Center (LRC) might call into question the growing commercial trend of toning down blue frequencies at night, which is often part of vendors’ so-called “circadian lighting” or “human-centric lighting” schemes.

The study, published Mar. 1 in the Journal of Biological Rhythms, looked at the extent to which different light conditions suppress melatonin, a hormone associated with inducing sleep. Suppressing melatonin potentially disrupts sleep.

In keeping with common wisdom, LRC had hypothesized that normal light with normal blue spectral power would suppress melatonin more than would light in which the LRC lowered the energy output of specific blue/cyan wavelengths between 475 and 495 nm — light known as “cyan gap.”

But that did not turn out to be the case, not even when the LRC exposed subjects to light for less than an hour.

Translation: The low-blue light suppressed just as much melatonin as did normal light with normal blue spectral power.

LRC had also hypothesized that light levels combined with duration — together known as the “amount” of light — would also contribute to melatonin suppression.

On that point, they were correct. 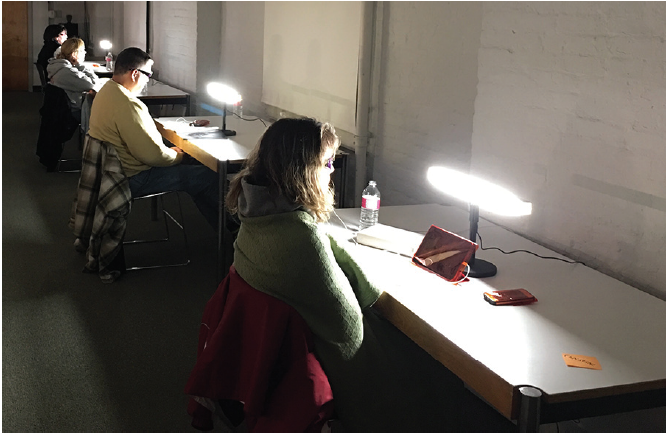 Blue light did not exactly get a pardon in the Lighting Research Center study, but those bright lights got much stiffer sentences as sleep culprits. (Photo credit: LRC.)

Given blue’s growing villainous reputation in sleep, LEDs Magazine wanted to be sure that we were reading the scientific findings correctly, so we checked in with LRC director Mariana Figueiro, one of the four authors of the report.

“Both amount and spectrum are important, but the impact of amount [of light] on melatonin suppression is greater than that of spectrum,” Figueiro told LEDs. “One cannot dissociate these two parameters. Blue light does suppress melatonin, but the key finding is that it is not just about blue light. If enough energy is emitted at other parts of the spectrum, we will see a response because the circadian system uses all types of photoreceptors to respond to light for melatonin suppression.”

The study comes about a year after LRC reached a similar conclusion in a study of Apple iPad users, in which it observed that gadget brightness was a primary factor in suppressing melatonin, but that the gadget’s color settings were not. (In that case, the LRC used the term “brightness,” which is a term that describes human perception of light. It is different from “levels,” often measured in lux as in the LRC’s new study, although LEDs notes that it stands to reason that a higher lux level will be perceived as brighter.)

Nonetheless, lighting vendors are increasingly marketing products that strip out blue frequencies at night. In a recent example, the Crowne Plaza Atlanta Airport hotel has installed such lights in its guest rooms.

Circadian disruption has been linked not only to poor sleep, but also to depression, metabolic and cardiovascular disease, and cancer in night shift workers.

Survey reveals that there is at least a psychological effect, if not a biological one, in the workplace
Mark Halper
Jan 18th, 2019