Survey reveals that there is at least a psychological effect, if not a biological one, in the workplace 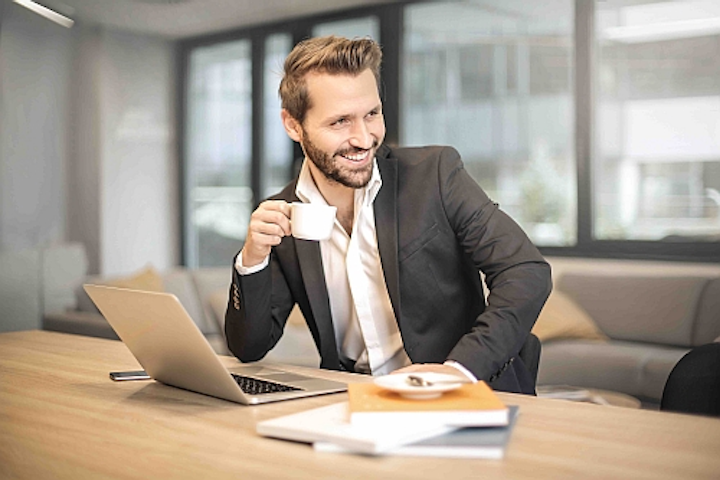 Survey reveals that there is at least a psychological effect, if not a biological one, in the workplace

An overwhelming 77% of respondents in a British survey felt that lighting in the workplace can affect their productivity, with 33% saying that access to natural light is important and 32% saying they would be happy to work under artificial light that is designed to aid productivity.

Full disclosure: The survey of 1000 adults was conducted by a UK online retailer of solid-state lighting (SSL), LED Hut, so you might expect this sort of finding as a way to promote sales of bulbs and commercial light fittings.

That aside, it is notable that the vast majority of respondents are predisposed to connect office lighting conditions with their own output at work. The survey results suggest that whatever lighting’s direct biological effects are, humans at least psychologically react to illumination.

The results are more grist for the ever-expanding mill of human-centric lighting, which maintains that lights tuned to output at different brightness levels and with varying spectral content are optimal for different tasks and occasions, such as working, learning, paying attention, relaxing, waking up and so forth. In human-centric lighting designs, settings vary over the day to correspond with humans’ 24-hour circadian rhythms.

While a direct link to productivity has probably not yet been absolutely proven, anecdotal evidence and common sense strongly suggests that when a workforce is happier with lighting conditions, it is also more inclined to produce. 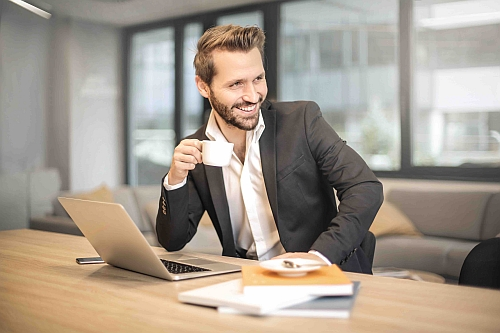 Lighting seems to be making him happy at work. It’s unclear whether it’s helping him grow his beard. (Photo credit: LED Hut.)

“There are smart lighting solutions available to help achieve an appropriate blend of natural and artificial light which are adaptable for both the home and in the workplace,” said Paul Garner, e-commerce and marketing director for LED Hut, based in Manchester.

The science of human-centric lighting is still evolving. A couple of its basic tenets hold that blue spectral content at night can harm sleep because it suppresses melatonin, a hormone associated with slumber; and that blue-enriched light can stimulate a pigment called melanopsin in the retina’s non-visual photoreceptors, which in turn stokes up the brain’s master clock and thus fosters alertness.

Human-centric lighting is beginning to take hold in the workplace, but it has made more inroads in healthcare environments. For example, specially designed LED lighting has helped reduce drug reliance at a psychiatric ward, has been linked to improved dementia care such as facilities based in Denmark, Germany, and the UK.

The LED Hut survey also found that at home 31% of respondents believe lighting is important when creating a relaxed and calm atmosphere before going to bed in the evening, and that 38% feel that morning bedroom lighting can help them energize them.