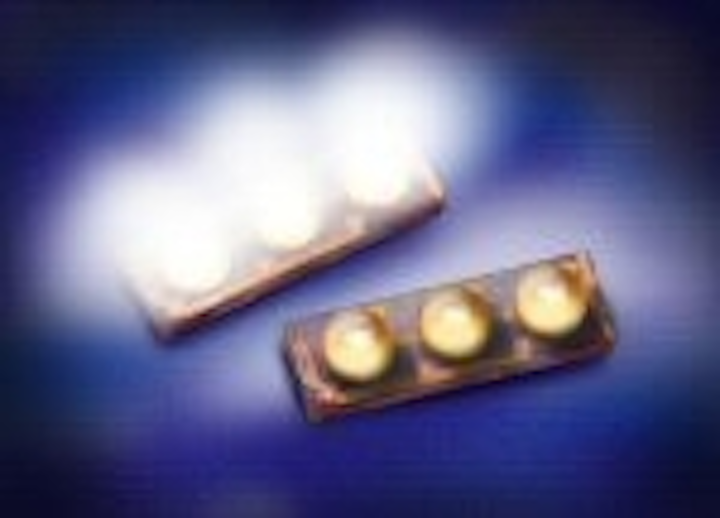 Implementing LED flash in camera phones
Several thermal, optical, mechanical and electrical crtieria should be considered when designing an LED flash for a camera phone, according to Yeoh Boon Keng, Ko Choon Guan, and Shereen Lim of Agilent Technologies.

Cell phone developments drive HB-LED sales
A report from the 2004 Strategies in Light conference on the market for HB-LEDs in mobile phones.

Falling LED revenue from handsets offset by camera flash (Dec 05)
Cellular handset backlighting and keypad LED revenues will tumble by 41% by 2009, but this will be offset by 87% growth in the camera flash segment.

Mobile phone sales could exceed one billion units in 2009

Strong growth in demand predicted for handset LEDs The number of LEDs used in mobile phone handsets will grow at a CAGR of nearly 22%, according to Taiwan's Science & Technology Information Center (STIC).

LEDs provide light messaging on Nokia 3220
Nokia's new 3220 camera phone, unveiled at a snowboarding festival in Greece, features an innovative use of LEDs to provide a messaging function.