The LED industry has no accepted protocol for measuring and characterizing luminaire lifetime, but a new guideline from SSL Quality Advocates considers the key issues. 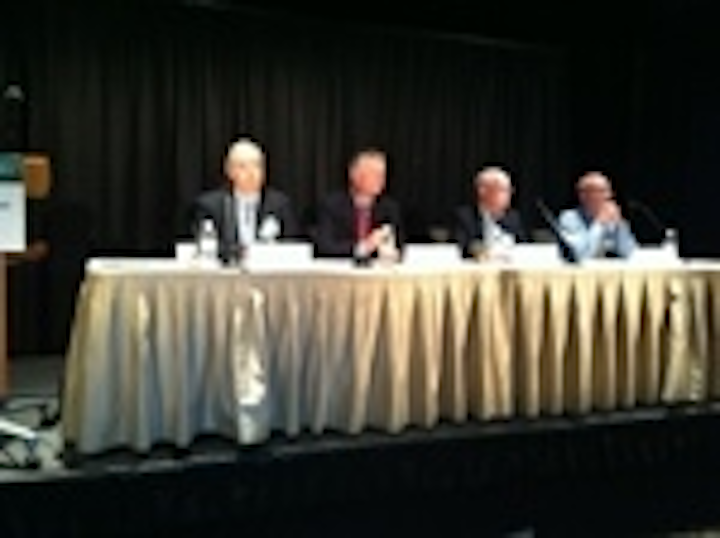 Jointly developed by the US DOE and the Next Generation Lighting Industry Alliance (NGLIA), SSL Quality Advocates is a voluntary pledge program formed over two years ago to assure that LED lighting, as it reaches the market, is represented accurately. The Advocates encourage the continual development of high-quality products that perform as claimed to help drive market acceptance of SSL products.

The working group determined that reliability based on lumen depreciation is the most significant and quantifiable cause of LED and luminaire failure. Color shift, while a very real factor in luminaire performance to the customer, is too difficult to quantify at present. As a result, “it has been taken off the table,” as Clark explained. He said that the group deliberated extensively over ways that color stability might be included as a lifetime metric, but a method for doing so could not be determined.

What constitutes a luminaire failure?

Welsh began by differentiating between catastrophic failures and design flaws that can cause luminaire failures. Design flaws can include poor thermal management, overdriving the LED chips, thermal driver failures, mechanical failures and unreliable seals. Such flaws should cause early failures during testing and typically can be fixed from the design side. Real failures, on the other hand, are caused by electrical failure, lumen depreciation and color shift. With appropriately-designed drive current, operating temperature and driver components, LEDs should follow a traditional electronic-component failure curve, also known as a bathtub curve.

The bathtub curve is characterized by a rash of early failures, typically due to design issues, which can precede delivery of the device to the customer, followed by a very low failure rate until the device nears its end-of-life, when failures occur very quickly. Welsh commented, “Manufacturers should state if a luminaire is serviceable, or if one or more components including the driver, optics, light strip, etc., can be replaced.” Serviceability, of course, depends on whether the parts are available when needed and can be easily accessed for replacement.

Paolini commented that LED luminaire failure data is hard to come by in the literature. However, he did present interesting data from Appalachian Lighting Systems (Ellwood City, PA) that showed the cause of 29 field failures from 5400 outdoor luminaires (see pie chart). Most often the driver (power supply) was the cause of the failures (52%) followed by the luminaire housing itself at 31% of failures.

After considering many recommendations for lifetime assessment based on current standards or testing methods, the Quality Advocates working group recommended that manufacturers report a lumen-depreciation value for a given time, say 25,000 hours. They further recommended that manufacturers can offer reasonable warrantee periods, such as 3 years, on products. However, the group emphasized the important difference between lifetime estimations and lumen depreciation. “The industry needs to stop referring to LM-80 as relating to lifetime, it’s only lumen maintenance and it looks at one failure mechanism at L70, not lifetime,” said Welsh.

Paolini recommended that purchasers of luminaires should request data from the manufacturers. This data should include LM-80 tests done at operating temperature; temperature cycling tests; highly accelerated standardized testing (forcing failures, then determining causes) and long-term reliability testing at use conditions for 10,000 hours or more. “It is also useful to visit installations that have the fixtures you are interested in to see how they are performing,” he suggested.

In addition, IESNA is preparing to release a new TM-21 standard, entitled "Method for Estimation of LED Lumen Depreciation as a Measure of Potential LED Life," due out within a month. This method, when combined with data from LM-80 for the luminaire system, will allow estimations of LED source lifetime (only) inside the luminaire. Notably, it will say nothing about the lifetime of the whole luminaire, which is essentially an electronic system made up of multiple components including a dimmer, power supply, LED, optics and interconnections, each with its own reliability issues.

The group concluded that because the LED lighting market serves such a diverse array of applications, from indoor replacement bulbs to streetlights, it recommended that industry participants might best form three working groups with like interests: replacement lamps; specification-grade luminaires and standard-grade luminaires. Within each working group, realistic goals and measurements of reliability can be devised and tested, while being honed for the specific lighting application.