The low-profile primary optic and the SC5 technology platform behind the XLamp XQ-E High Intensity color LED family will serve applications such as façade lighting. 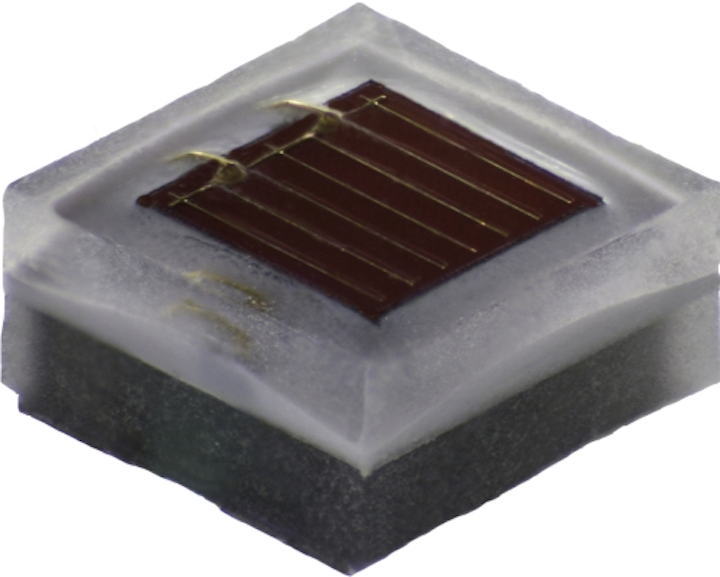 The low-profile primary optic and the SC5 technology platform behind the XLamp XQ-E High Intensity color LED family will serve applications such as façade lighting.

Ironically, the Cree announcement came just after a feature article on color LEDs was ready for the printer. Watch for that article in our October issue, although these Cree products will not be covered in depth due to the timing. Still, the Cree color LEDs fit in the same façade, signage/display, automotive, and other applications covered in depth in the October article.

The new Cree XQ-E HI white LEDs deliver 334 lm at 1A of drive current and 3W. The original XQ-E family was launched back in 2013 based on the SC3 platform. And the original XQ-E white LED delivered 287 lm.

Still, the performance improvement is more significant than evident strictly from a luminous flux comparison. The HI concept came to market earlier this year in the XP-L product family. The LEDs use a relatively flat primary optic that ultimately enables a tighter beam and better punch or center beam candle power (CBCP).

The advantage of the primary optic comes into play when you pair the LED with a secondary optic. Cree said in the case of XQ-E, the secondary optic would essentially see a source size that was 50% as large as what the original XQ-E LEDs would have produced. The result is focus of the flux in the tighter beam.

Lumileds has made similar claims regarding the color LEDs in the Luxeon C family launched early in September. Those LEDs use a low-profile dome that is far flatter than the hemispherical primary optic often used on packaged LEDs.

The Cree LEDs come in a smaller 1.6×1.6-mm form factor relative to the 2×2-mm Lumileds Luxeon C family. Still, based on a look at the Luxeon C datasheet, it appears that the Luxeon C white offering would be in the 310-lm range. The slightly smaller footprint of the XQ-E LEDs would also enable more dense packing of the LEDs in a luminaire.

Lumenpulse is one company that uses color LEDs in luminaires intended for façade or grazing applications, and that commented on the new Cree products. "The XQ-E High Intensity is a perfect tool in our toolkit to maximize candela output for our innovative products," said Greg Campbell, senior vice president and CTO at Lumenpulse. He further emphasized the importance of CBCP, adding, "At Lumenpulse, candela is the name of the game, and we want to put as much light as possible on the surface we are illuminating, as efficiently as possible."