Cost and complexity have hampered LED headlamp adoption, but Tony Armstrong asserts that functionality such as matrix beam control will drive the technology to the forefront.

Understand both static and transient thermal management in LED-based developments

Cost and complexity have hampered LED headlamp adoption, but TONY ARMSTRONG asserts that functionality such as matrix beam control will drive the technology to the forefront.

Understand both static and transient thermal management in LED-based developmentsDespite some shining examples of LED application in automotive headlamps, adoption rates are still not growing as fast as one might expect especially relative to the surge of solid-state lighting (SSL) for general illumination. The automotive application presents a unique design challenge and costs remain relatively high. LEDs, however, promise to add unique functionality in headlamps. And we will present a design option that can yield a headlamp system with robust functionality.

Interested in more articles & announcements on automotive applications for LEDs?

There are parallels you can draw between general illumination and automotive lighting. We all still remember the traditional tungsten filament light bulb. The 40W and 60W incandescent light bulbs typically used in the majority of American homes were banned from being manufactured in the USA, or imported, at the end of 2013; however, they can still be purchased. It should also be noted that the 75W and 100W bulbs were phased out in 2012.

The cause of their demise was driven by the need for better electrical-to-light output efficacy demanded by the US Environmental Protection Agency (EPA). The primary reason for the transition was to help lower electricity consumption (and therefore generation) due to the fact that residential household lighting accounted for roughly 14% of electrical power consumption (Source: US Energy Information Administration). So the solid-state LED equivalent, requiring only about one-eighth of the power to generate the equivalent amount of lumen output, has made its way into our modern world. 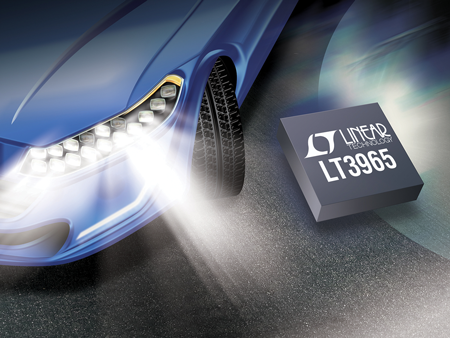 This sequence of evolutionary lighting changes, from the incandescent light bulb to SSL electronic equivalents, is analogous to the current migration occurring in the automotive industry with vehicle lighting. While red LEDs have been used in taillights for over a decade, it is the changes in the car's interior and forward illumination lighting systems that have only recently made significant strides in LED adoption rates. For example, LEDs are found in over 70% of interior indicator lights and over 45% for instrument display backlights. Contrast this with the daytime running lights (DRLs) at over 55% and headlamps at approximately 5% today. It's ironic that although the headlamp (low beam, high beam, fog lamps) represents the single largest opportunity, they are also the least penetrated! One of the major reasons for this apparent paradox is the cost for the automakers to implement them at a price the consumer is willing to pay.

Before we get into the background behind the low headlamp adoption rate, it is useful to understand why many drivers, and even the OEMs, prefer LED lighting products. These include, but are not limited to, the following:

• Performance and design flexibility. LEDs enable design flexibility due to their form factor and provide a broad range of dimming capabilities. Remember that the human eye is very sensitive to minor deviations in light output.

• Energy saving and lower CO2 emissions. Not only do LEDs have better power efficiency, thereby reducing the energy required to power them, but they also have significantly longer lifecycles.

• Cost. This may seem counterintuitive, but in non-headlamp applications, continued cost decreases, improved durability, and superior quality have made LEDs the new standard in end-customer value.

• Regulation. Government regulations that specify requirements for DRLs and headlamps, as well as other lighting applications, have increased LED lighting demand.

It may not come as a surprise to anyone that Audi is generally considered to be the leader when it comes to the use of LEDs in virtually any exterior automotive lighting application. The company's famous "eyebrow" DRLs are very noticeable to anyone who sees them in their rearview mirror. Furthermore, it was the first to use LED headlamps in the 2004 Audi R8. Moreover, the company is well known for its Matrix headlamps that can steer the beam (an example of beam steering is seen in Fig. 1). 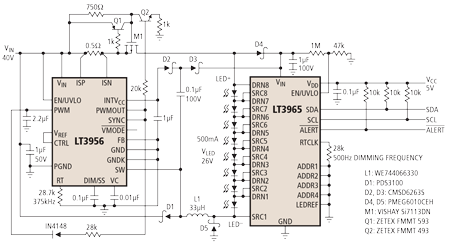 FIG. 2. The LT3956 IC can drive a series string of LEDs with a wide dimming range.

So why is it that LED headlamps have not taken off as well as the LEDs used in the other forms of automotive LED lighting? Well, the answer is, of course, cost. The alternatives to using LEDs in the headlamp are incandescent bulbs, halogen bulbs, or high-intensity discharge (HID) xenon bulbs. Comparable LEDs can cost up to 100% more than halogen headlamps (originally introduce in 1962 in Europe, but not adopted in the USA until 1978) and as much as 1.5 times more than HID xenon bulbs. Achieving comparable performance to HID xenon headlamps requires a much more expensive LED solution than for lower-performance halogen alternatives. By the way, the first HID xenon headlamp appeared on the 1991 BMW 7 series.

Generally speaking, LED headlights are stacked in between the halogen and HID lamps regarding their luminescence, but they provide much more focused rays and can also be controlled to create different shapes. Also, thanks to their small size, LEDs allow for great manipulation, with automotive manufacturers being able to create all kinds of shapes and assemblies that would perfectly match their models.

Although LEDs do not emit heat as they light up, they do create a certain amount of heat at the bottom of the emitter when the electricity passes through, thus creating a potential risk for adjacent assemblies and connectivity cables. For this reason, LED headlamps need cooling systems, such as heat sinks or fans to keep them from melting. Furthermore, these cooling systems are located in the engine bay, a not-so-cool area for some other system to maintain a decent temperature. This is another reason why LED headlights are also harder to design and implement in the vehicle, and thus more expensive than HIDs. 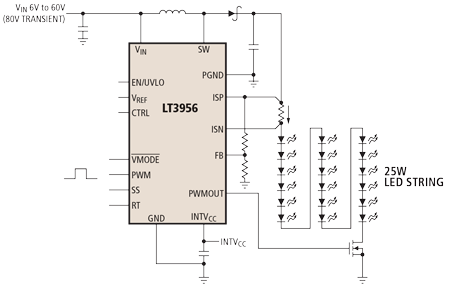 LEDs may also not be the only alternative for next-generation headlamps. A recent article in the United States trade press stated that Audi now has an optional laser high-beam in its high-performance R8. This system is excellent at not shining light on vehicles traveling ahead of it so the high-beam can remain on and adjust itself, even with as many as eight cars in front. Compared to LED high-beams, Audi's laser spotlight can throw its beam twice as far down the road (over 500 feet), allowing the driver greater distance visibility.

Now let's address the challenges in driving LEDs. Unlike incandescent light bulbs where all that is needed to create light output is to pass an electric current through its filament, LEDs require specialized integrated circuits (ICs) to drive them (Fig. 2).

One key performance feature that an LED driver IC must have today is the ability to adequately dim LEDs. Since LEDs are driven with a constant current, where the DC current level is proportional to LED brightness, to vary the LED brightness, there are two methods of dimming the light by controlling the LED current.

The first method is analog dimming in which the LED DC current level is reduced proportionally by lowering the constant LED current level. Reducing the LED current can result in a change in LED color or inaccurate control of the LED current. The second method is digital or pulsewidth-modulation (PWM) dimming. PWM dimming switches the LED on and off at a frequency at or above 100 Hz, which is not perceivable by the human eye. The PWM dimming duty cycle is proportional to LED brightness, while the on-time LED current remains at the same level as set by an LED driver IC, maintaining constant LED color during high dimming ratios. This method of PWM dimming can be used with ratios of 3000:1 in some applications.

Specifically, in the case of driving high-brightness LEDs, Linear Technology's LED driver ICs are capable of delivering sufficient current and voltage for many different types of LED configurations in a conversion topology that satisfies both the input voltage range and required output voltage as well as current requirements. Such high-brightness LED driver ICs typically have the following qualities:

Let's have a more detailed look at one specific LED driver IC in a typical headlamp circuit. The new LT3965 is capable of 80V input and output and can implement a constant-current, constant-voltage converter. This topology enables it to drive high-current LEDs (Fig. 3). It features an internal low side N-channel power MOSFET rated from 84V at 3.3A, which is driven from an internal regulated 7.15V supply. The fixed-frequency, current-mode architecture results in stable operation over a wide range of supply and output voltages. A ground-referenced voltage FB pin serves as the input for several LED protection features and also makes it possible for the converter to generate as a constant-voltage source. A frequency adjust pin lets the user program the frequency from 100 kHz to 1 MHz to optimize efficiency, performance, or external component size.

The LT3956 senses the output current at the high side of the LED string (commonly called high side current sense). This is the most flexible scheme for driving LEDs, enabling boost, buck, or buck-boost mode configurations.

Despite the low-level penetration rate of LED headlamps today, advances in performance features are too alluring for automotive manufactures to forego LED headlamps for much longer. The reasons include improved safety for the driver, body styling flexibility, energy savings, and pure good looks. And we all know that a car's looks make us want to buy it. Watch for matrix lighting when you are driving around, because you are going to see a major increase in it and the use of LED headlamps when you look in your rearview mirror.