An installation of LED streetlights in Toronto's Exhibition Place is expected to cut costs and reduce greenhouse emissions. 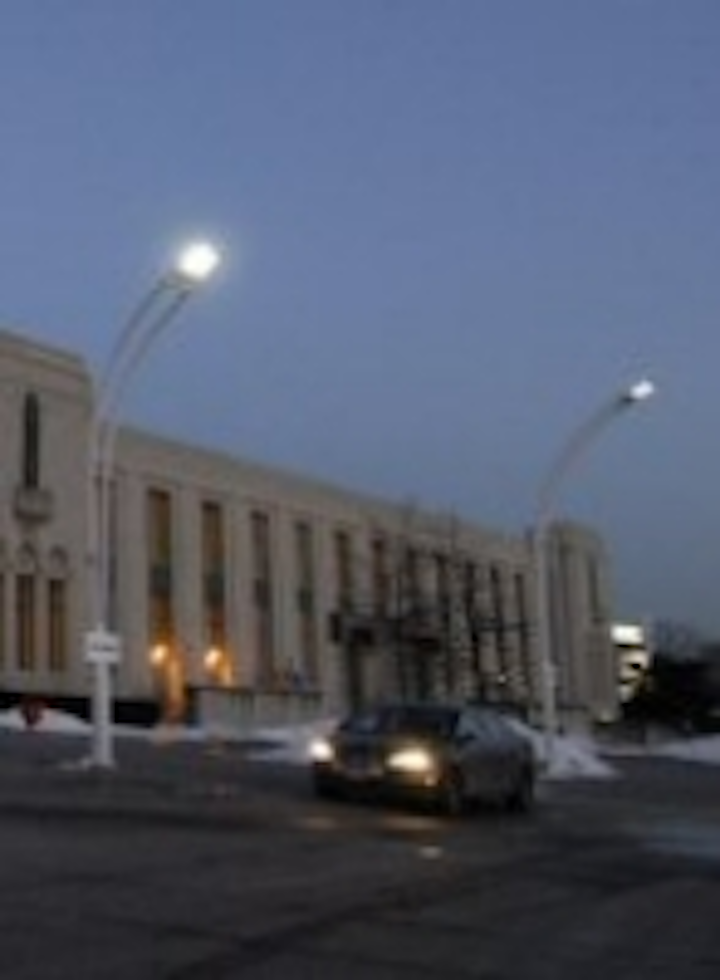 An installation of LED streetlights, the largest in Canada, has been unveiled in Exhibition Place in Toronto, Ontario. The pilot project is intended to show how LED lighting can dramatically reduce city lighting costs and cut greenhouse gas emissions.

"LED street lighting is one of the options we are enthusiastically examining in order to bring Toronto another step closer to becoming the greenest city in North America," said Mayor David Miller. "This one step will reduce costs, increase safety and improve our environment."

The City of Toronto has approximately 160,000 streetlights, and if these were all converted to LEDs the city could save $6 million a year in electricity costs and reduce greenhouse gas emissions by 18,000 tonnes, the equivalent of removing 3,608 cars from the streets.

The initial investment needed to purchase and install the LED streetlights would be recouped from both the electricity savings and lower replacement and maintenance requirements.

The pilot will continue through 2007 to test public acceptance, durability, light performance and weather resistance. Additional pilot tests of LED technology are planned for a number of the Business Improvement Areas (BIAs) in Toronto.

The streetlights are manufactured by Leotek Electronics, and cost approximately $1,200 each. They were supplied by electromega, Canada's leading distributor of traffic control and parking control equipment, including LED traffic signals and LED area and street lighting.

"This is a very exciting project," said Peter Love, Ontario's Chief Conservation Officer. "greenTbiz, TABIA and their partners have illuminated new ways for cities to help the environment, while saving electricity and money. This is a great example of how leadership in technological advancement and innovation can benefit all Ontarians."