Under a $1.175M contract, OVI and LSG will produce and test 6 LED prototype streetlights for New York City. 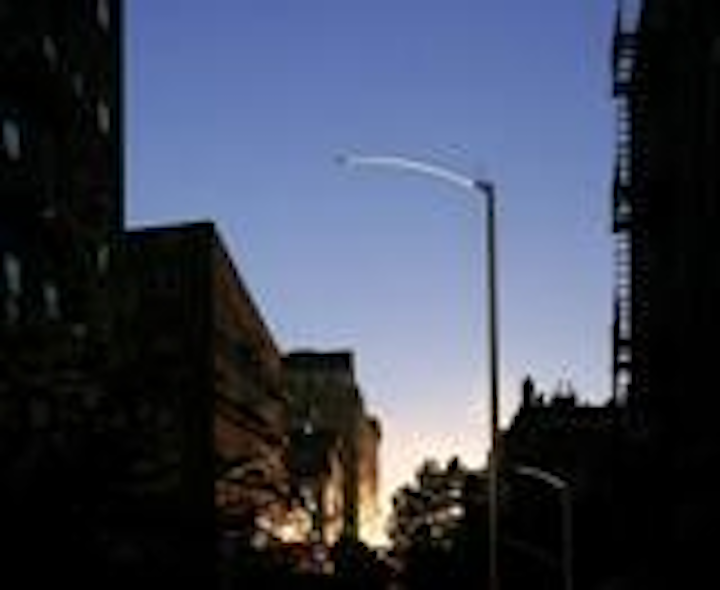 The Office for Visual Interaction Inc. (OVI), an architectural lighting design firm, has been selected by The New York City Department of Design and Construction (DDC) to engineer, produce and test the winning design of the City Lights Design Competition.

Now, following its success in the second stage of the competition, OVI has partnered with Lighting Science Group Corp. (LSG) to engineer, produce and test prototypes of its winning design.

“We registered the contract for the prototype test in the city record, as required by law. All this is is a prototype test and when the prototype test is done, it will be entered into the city’s catalog/inventory of streetlights and the city will make a determination of where it goes from there,” said Scott Gastel, the Deputy Press Secretary, Office of Public Information, New York City Department of Transportation.

Nothing has been said about any future installations and no determination has been made of where the test will be held, although it will be in one of the city's five boroughs, added Gastel.

OVI and LSG intend to commence the engineering work this month, followed by testing of the prototypes in spring 2009 for the City Lights Streetlight project. The goal is to provide a model for widespread lighting of streets, sidewalks and parks within the city’s five boroughs.

Govi Rao, chairman and CEO of LSG, said, “Lighting Science is honored to be part of New York City’s project to test long-lasting, eco-friendly lights to illuminate our world-renowned streets and boroughs.”

“The new streetlight is the first of its kind and will set the new standard of lighting for city streets worldwide”, said Enrique Peiniger, principal, OVI.

In this phase of the project, OVI and LSG will be responsible for:

There are more than 300,000 streetlights in New York City, the majority of which are based on high-pressure sodium technology. Replacing a commonly used 150W high pressure sodium lamp with the proposed LED lighting solution will reduce the energy consumption by 25-30% to an estimated 105 W per LED module, LSG says.

The winning design developed by OVI combines hi-flux LED technology with state-of-art lensing optics in a small oval-shaped profile, which provides the structural framework and heat sink for the LED modules.

Linear arrays of LEDs are grouped into segments. Each segment has a primary and secondary optics system to achieve the required light distribution pattern. This modular design strategy of components allows usage and interchangeability among the various streetlight configurations.

The segmented, modular lighting design innovation for the new streetlight also streamlines fabrication and product handling, and can accommodate future generations of LED technology as these become available.