The market for LED backlighting for LCD panels is now firmly on the strong upward growth trajectory that has been promised for several years, according to market research companies and LCD TV makers, among others. Tim Whitaker reports. 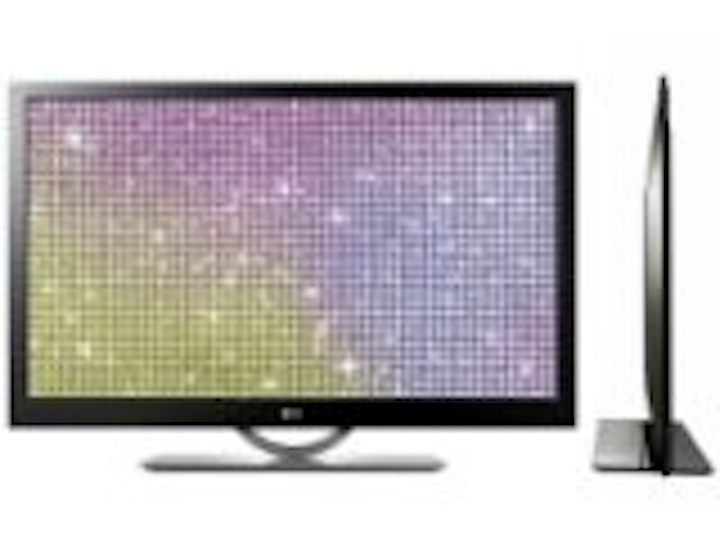 +++ Please note an error in this article. Page 37, section entitled "Billions of LEDs required", end of first paragraph. The statement "The total global demand for LED chips will reach 167 million units in 2012" should read "167 billion". +++ After several false dawns, it looks like the market for LED-backlit LCD panels is really starting to take off. Leading LCD TV makers such as Samsung and LG are convinced of the importance of LED backlights, and many laptop computer makers are already incorporating LEDbacklit LCDs. Already ubiquitous in smaller LCD displays used in mobile devices, LED backlights have recently seen a tremendous growth in demand from laptop makers, and now it seems that the TV market is poised to take off as well. And due to the number of LEDs required for each TV panel, this will create a huge demand for LED chips: one market research company says that LCD backlights will require 38 billion LEDs by 2012.

Samsung, the world’s biggest TV maker, says it expects to sell 2 million LED-backlit TVs this year, equivalent to 10% of the company’s total LCD TV global shipments. At the start of 2009, Samsung unveiled a range of “LED TVs” (see “LED TV: What’s in a name?” sidebar) with screen sizes ranging from 32 to 55 inches.

As the pricing indicates, LG’s new models are very much high-end. Each backlight contains 3360 LEDs arranged over the backplane of the LCD; this is direct backlighting, while the alternative is to place the LEDs at the edge of the display. LG says its new TVs offer a “brighter and clearer screen” because it is using seven times more LEDs than existing edge-lit LED TVs. This is a reference to Samsung, which uses the edge-lit approach with white LEDs positioned at the sides of the display. This helps to keep the cost and power consumption down, but the picture quality suffers.

Because it takes the direct backlighting approach, LG is able to employ dimming technology that divides the screen into 240 blocks, each of which can be individually dimmed, resulting in a contrast ratio of 5,000,000:1.

Slim form-factor was another reason Samsung chose edge-lighting; its LED-based TVs have a screen thickness of 1.2 inch. Slim screens are one of the most important factors influencing the purchasing decision at present. However, LG said it is employing patented technology that helps keep the overall chassis thickness down to 24.8mm (just less than 1 inch). The technology “allows the LEDs to be spread-out horizontally” and minimizes the distance between the LEDs and the screen.

This article was published in the July/August 2009 issue of LEDs Magazine.