The Norwegian town of Longyearbyen is projecting a 70% energy savings and reduced light pollution by replacing high-pressure sodium (HPS) lights with Cree LEDway fixtures that use total internal reflection lenses for targeted illumination. 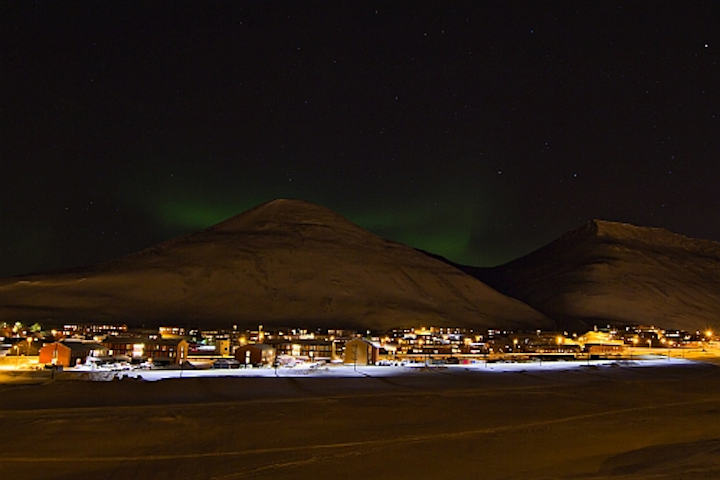 When we think of a new street lighting project, we rarely consider the need for great lighting so that people might glimpse a polar bear or reindeer close by. But such is the case in Svalbard, Norway, where little but a midnight sun is visible in many areas between April and August. In Svalbard’s town of Longyearbyen, the recent replacement of 450 HPS streetlights with Cree LEDway fixtures is enabling an estimated 70% energy savings and rapid payback. 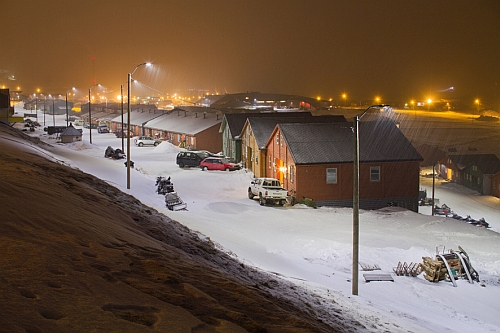 LEDs illuminate the streets of Longyearbyen to satisfy all residents.

Svalbard is an archipelago, situated approximately halfway between Norway and the North Pole. The Longyearbyen project was perhaps equally motivated by energy savings as the desire to reduce light pollution and preserve the natural habitat of its wildlife. The installation, finished in October of last year, focused on targeted street illumination during prolonged, dark hours.

The LEDway fixtures are rated for over 10,000 hours of lumen output but a projected lumen maintenance of 50,000 hours (4.7 years if operated 24 hr/day). The Norway installation is expected to exceed normal lifetime behavior because LEDs perform best in cold temperature conditions. The fixtures are offered in color temperatures of 4000K or 5700K with a minimum CRI of 70.

The average energy saving in Longyearbyen is estimated at 70% relative to HPS fixtures. The NanoOptic technology, which reduces light pollution by focusing the light using total internal reflection (TIR) optics, dates back to the first LEDway designs. 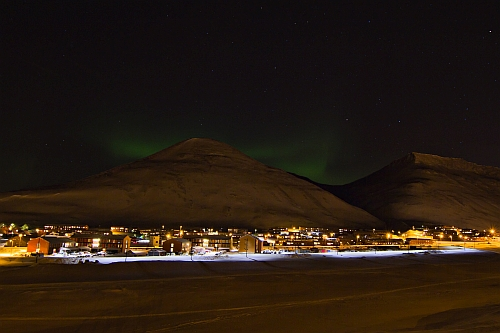 Indeed, LEDway and NanoOptics were used on the earliest street lighting projects including that in Raleigh, NC in 2007. Our follow-up report in 2011 showed that Raleigh was saving $225,000 per year, but the LED fixtures were also being upgraded with higher-performance modules, prolonging the expected lifetime of the first fixtures.