The longer 940-nm wavelength means better performance for use in facial recognition, the company says. 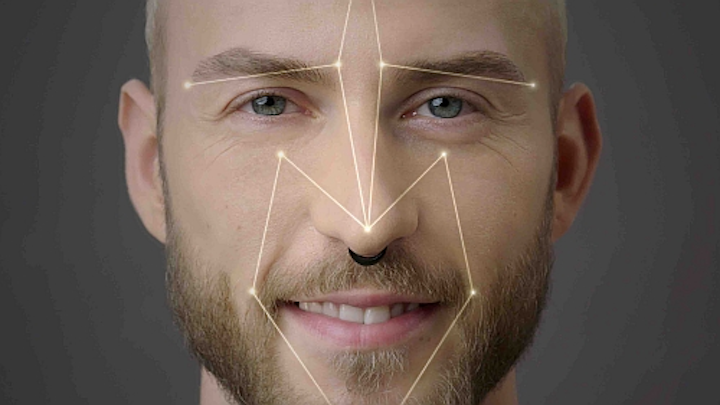 The longer 940-nm wavelength means better performance for use in facial recognition, the company says.

When Osram opened its $440 million Malaysian LED chip factory late last year, it touted a belief that LEDs will serve many purposes in a digitally connected world, not just illumination. Backing up that outlook, it today introduced an upgraded infrared (IR) LED for facial recognition to unlock computers and phones.

Interested in articles & announcements on IR LEDs and biometrics?

Two-dimensional facial recognition is one of several biometric technologies, along with iris scans, fingerprints, and others, that protect gadgets from unauthorized access. The technology compares an image with previously stored data on features such as the width of the mouth, the length of the nasal ridge, and the distance between eyes.

The new Synios P2720 uses a slightly longer wavelength at 940 nm than the 850-nm version it replaces. The increase reduces red glow in the image, Osram claimed.

“Up to now, the sensitivity of IR cameras was only good if the light source had a wavelength of 850 nm,” Osram’s Opto Semiconductors group said. “The cameras have been further developed to give them greater sensitivity in longer wavelength ranges so 940-nm light sources can now be used — which in turn improves the overall performance of the system.”

Infrared is invisible electromagnetic radiation with wavelengths longer than red light, which has the longest wavelength of visible light. Infrared ranges from 700 nm all the way to a millimeter. 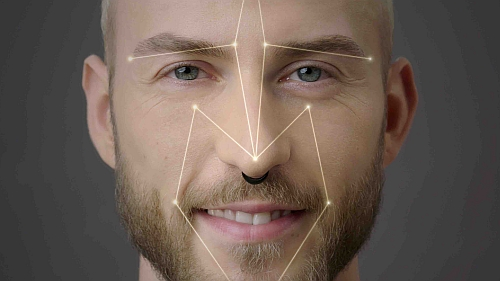 2D facial recognition compares measurements such as the width of the mouth, distance between eyes, and the length of the nasal ridge, with previously stored data. (Photo credit: Osram.)

Osram said the new IR LED chip is available now, and that it is the same size as the earlier version. The company is manufacturing it in the Kulim plant, in nearby Penang, Malaysia, and at its Regensburg, Germany facility.

When Osram officially opened the Kulim plant in November, CEO Olaf Berlien expressed great optimism in a market that would use LEDs not just for illumination, but for many other purposes such as biometrics for computer security, as sensing devices for fitness gadgets, for helping to direct driverless cars and drones, and many other purposes, most with an Internet of Things (IoT) connection.

“Looking ahead, we see ongoing demand and double-digit growth for this business segment,” Berlien said at the time. “It is a symbol of entrepreneurial spirit. On the one hand, rising demand comes from the new markets of visualization and sensing. On the other hand, we see strong demand for our premium LEDs from the automotive sector. At the same time, we see tremendous growth potential in the general lighting market.”

Showing the courage of his conviction, Berlien officially opened the gates of the factory by peering into a tablet equipped with an Osram LED iris scanner.