White light can discombobulate migratory species, so Philips is installing blue-green, with funding from oil and gas companies. Is the new color good for people? 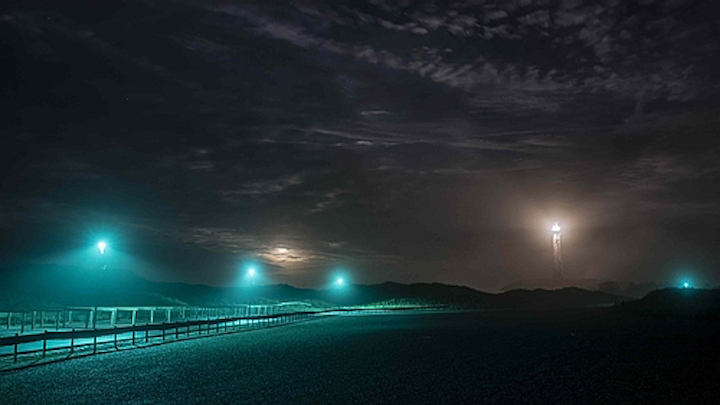 White light can discombobulate migratory species, so Philips is installing blue-green, with funding from oil and gas companies. Is the new color good for people?

Migratory birds have amazing navigational abilities, but typical artificial light can throw them off course with dire consequences. Philips Lighting believes that it has come up with a solution: Use street lights that emit blue-green colors, like the ones it is installing on the small North Sea island of Ameland.

“Regular white light can disorientate birds and affect their internal compass,” said Philips Lighting senior scientist Maurice Donners, who noted that the blue-green spectrum, by comparison, “does not interfere with birds' biological systems and so helps them arrive safely at their roosts.”

The problem can be acute on brightly-lit islands, which disrupt the darkness of a bird's cross-sea journey. According to Philips, light can induce birds to land, exposing them to predators or cold if they delay their southward journey long enough.

That soon shouldn't be the case on Ameland, a 22-square-mile island of dunes and beaches off Holland's north coast where Philips is installing 955 of its ClearSky brand of blue-green lights. Ameland is part of the West Frisian chain of islands in the Wadden Sea portion of the North Sea and is home to about 3600 people and 60 varieties of bird, many of which are migratory including herring gulls, curlews, wheatears, and common terns. Ameland first piloted the Philips system in 2013 in the village of Hollum, and expects to complete the island-wide installation later this year. 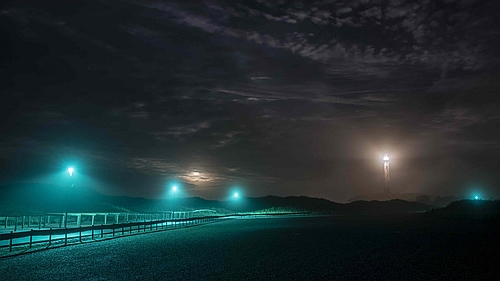 Philips says that herring gulls, common terns, and other migratory birds are less likely to lose their way with blue-green lighting in place, such as here on Ameland, where Philips expects to complete the installation by later this year.

Ameland, which is also a municipality, is aiming for near self-sufficiency in terms of energy by 2020. The low-energy LED street lights — which replace conventional lighting — are expected to help.

Neither Philips nor Ameland would reveal how much the new lighting costs. A Philips spokesperson told LEDs Magazine that funding comes through a four-part sustainability program that includes a Dutch oil and gas exploration company called NAM and Dutch natural gas company GasTerra, as well as Philips and Ameland.

"By installing connected LED street lighting on Ameland, we are taking the next crucial step in achieving our sustainability goals for 2020,” said Nico Ould, alderman of sustainability. “Furthermore, it supports the 'Dark Sky World Heritage Wadden Sea Region' program by helping us to address levels of light pollution and preserve bird wildlife and the environment."

While blue-green light might be better for birds, some people question whether it is effective enough to support visibility for humans — pedestrians, cyclists, tourists, motorists, oil and gas explorers, and the like.

“The blue-green spectrum of light would give the most optimal spectrum that is bird friendly and yet a very acceptable light level for humans,” the Philips spokesperson told LEDs, citing the results of a Philips study. “The effect of this color spectrum on human eyes is that once you are exposed to this light for a while, your eyes are automatically adjusting and correcting themselves so that people usually experience the light as being white light, just like cameras have auto correction to white balance.”

We’ve covered other projects in which both human needs and the local wildlife factored into the planning and installation of outdoor lighting. Recently, a town in Minnesota had been equipped with dynamically-controllable tunable-white lighting supported by Echelon controls. And an Arctic village replaced its high-pressure sodium (HPS) lighting with LED street lights by Cree while respecting the sensitivity of the wildlife habitat by reducing light pollution.