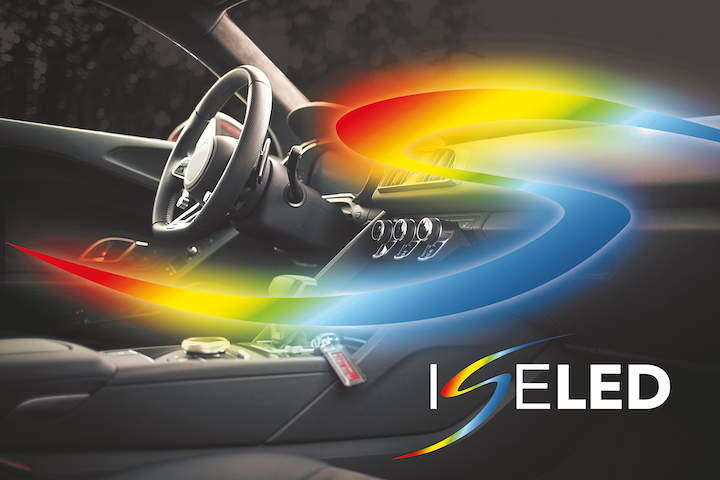 The ISELED Alliance has added six new members, bringing the total to 28 as the group seeks to develop what it has called the “digital LED” — a tightly integrated subsystem with a microcontroller, LED light engine, and connectivity. Inova Semiconductors founded the alliance with an initial focus on automotive cabin lighting. But the membership continues to expand the scope with new support for connected sensors and more, and that evolution will enable the members to target solid-state lighting (SSL) applications beyond lighting.

Inova first publicly announced the alliance at the Electronica trade fair in Munich, Germany back in November 2016. The initial members were Inova Semiconductors, Dominant Opto Technologies, NXP, TE Connectivity, and Pforzheim University. And the focus was automotive interior lighting. The RGB (red, green, and blue), color-capable scheme would simplify the development of cabin lighting both for better functionality and enhanced ambience.

Osram Opto Semiconductors joined the ISELED Alliance in October of last year, bringing along RGB light engines. And this past April the alliance announced the expansion to 22 members.

Inova said the alliance now has membership covering the entire value chain needed to establish the ISELED technology as a standard. “The broad spectrum of the alliance’s members gives ISELED technology ever greater dynamism and enormously expands its potential range of applications — far beyond the original idea of automotive interior lighting,” emphasizes Robert Kraus, CEO of Inova Semiconductors and one of the founders of the ISELED Alliance. "With our new ILaS bus concept (ISELED Light and Sensor Network) based on the ISELED protocol, not only LED elements but also other components —such as matrix LED lights, sensors, and actuators — can in future be controlled in large numbers via a simple two-wire connection, which is not possible in this form with today’s common buses such as LIN and CAN.” 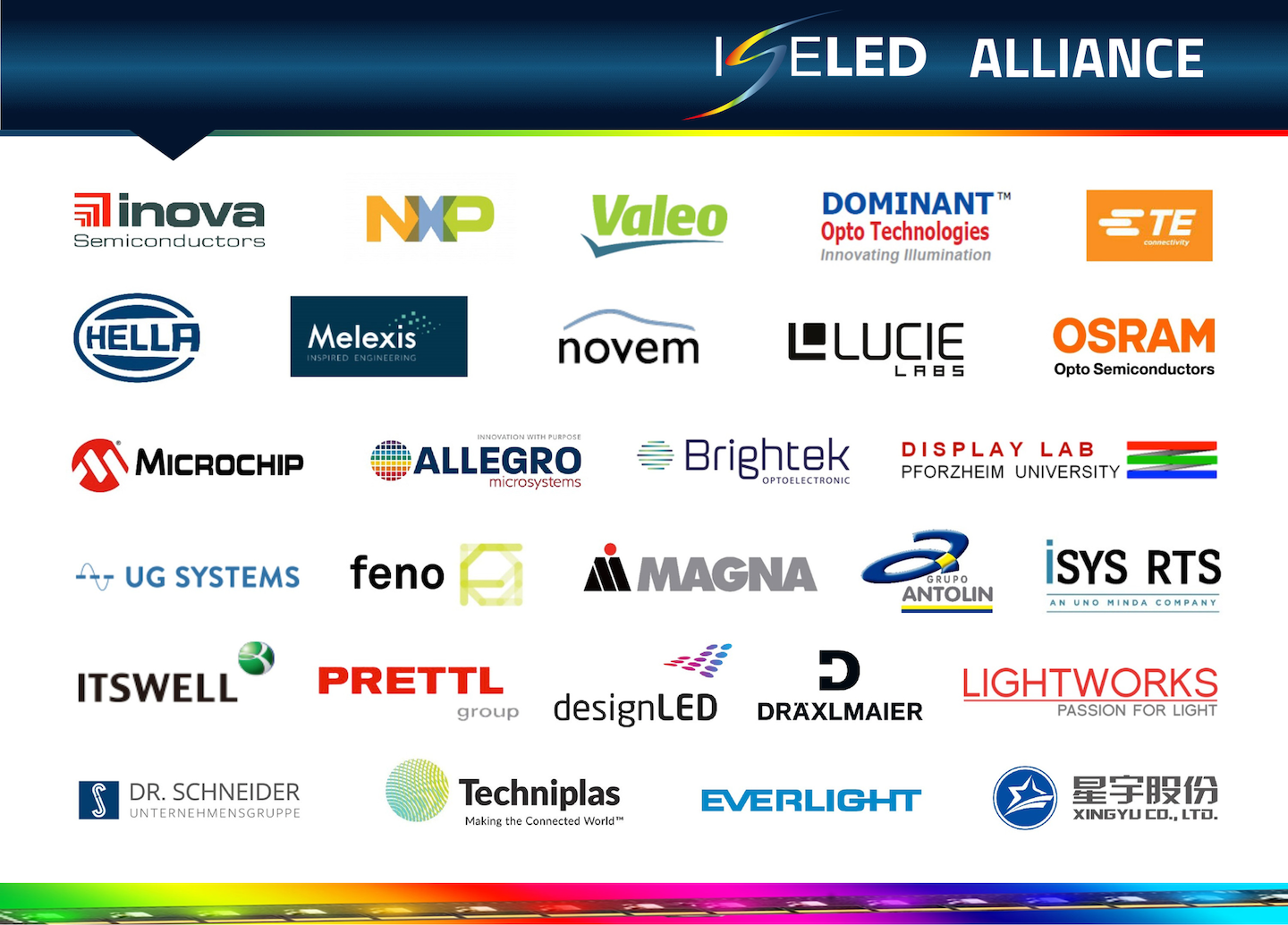 The ISELED Alliance continues to expand membership with companies across the electronics and LED supply chain, looking to build on its efforts to extend beyond illumination. (Image credit: Graphic courtesy of the ISELED Alliance.)

The new members include:

The new members bring along an even broader set of expertise and technologies to the ISELED fold. Many were displayed at the recent ISAL (International Symposium on Automotive Lighting) that took place Sept. 23–24 in Darmstadt, Germany.

Meanwhile, the new members see the alliance as a vehicle to open new opportunities and the technology as a way to accelerate time to market. “As a vendor of premium lighting scenarios for the automotive industry, we look at the standardization of interfaces and future proved protocols as a key topic, significantly increasing the opportunities of functional lighting,“ stated Dr. Martin Gall, CTO of the Dräxlmaier Group.

“We are a global leader in the automotive market for both visible and non-visible lighting components. Everlight is joining the ISELED Alliance with our unique product family, Everlight SMARTLED,” said Alex Liu, senior director and department head of the Automotive Product Center of Everlight. “ISELED is meanwhile an established technology, receiving broad acceptance in the automotive market.”