The PLASA show, which took place at London's Earls Court, was packed with LED products, although true novelty was thin on the ground. 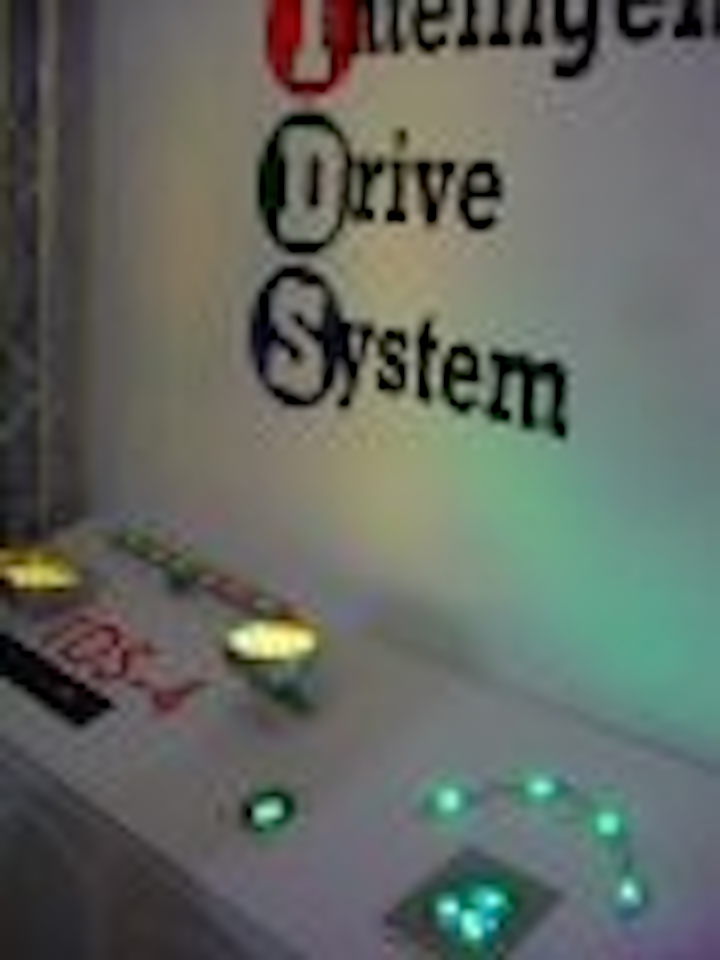 As well as unveiling its new Module 36 Interior (/content/leds/en/ugc/2005/09/tryka-l-e-d-ltd-unveils-led-luminaires-and-drivers.html), Tryka L.E.D. Ltd unveiled the IDS-4 and IDS-12 Intelligent Drive Systems, which offer respectively four and twelve outputs and are able to control up to 144 LEDs each. The units attracted a great deal of attention at PLASA since they use pulse amplitude modulation (PAM), an alternative to the more common pulse-width modulation (PWM). PWM is the subject of numerous highly contentious patents owned by Color Kinetics. The Tryka drivers use PAM in combination with closed-loop thermal feedback, and this so-called colour cool™ technology is patented in Europe, USA, Australia and Japan. The Xolar LT from Xilver is a batten-shaped long-throw lighting fixture designed for touring and installations. The standard 2-degree optic (4 degrees with beam homogenizing filter) creates a parallel light beam resulting in an intense homogeneous colored beam, easily capable of throwing 100 metres. It is ideal for cycloramic or long-throw applications. The Xolar LT contains 16 segments either as individual, sectional or a single unit, and is controlled via DMX and the Xilver serial interface. Each segment uses Xilver’s unique patent-pending color-combining system. The Xolar LT is calibrated to achieve a consistent and stable color output throughout changing temperatures. It features a total of 48 LEDs - 16 red Luxeon I, 16 green Luxeon III, and 16 blue Luxeon I - controlled in a 30-bit modified smooth resolution.

Artistic Licence also unveiled Pixi-Web, a modular system for rapid assembly consisting of 16 RGB LED nodes mounted on a lightweight, flexible webbing. The system is also available as Color Web from A.C. Lighting. The 1 x 1 m panels can be clipped to other panels, allowing large areas to be covered quickly and easily. The webbing occupies only 10% of the total area, so can be placed in front of objects or light sources, or over speaker stacks (in a similar way to G-LEC panels). A.C. Lighting also exhibited its Chroma-Q Color Block lens optics range.

James Thomas Engineering introduced a range of new products including the PixelEight LED "blinder", one of very few products to utilize Lumiled's new Luxeon K2 device, and the PixelLine 96 Batten. This latter product fixture contains 96 Luxeon LEDs (24 each 1W red & amber and 24 each 3W blue & green) over 6 cells, stretched into two rows to enable the seamless forming of lines with multiple fixtures - for effects like highlighting and set dressing. For more info see James Thomas launches new Pixel products at PLASA. Telectra displayed its ice*lighting batten, which uses microlenses to create unique lighting and display effects, and is driven by only 8 DMX channels (see Telectra wins awards for ice*lighting and Bead*light). The technology originated following demands from various airline customers to develop a diffuse light source for a cabin reading light. The Mood Light Tile 64PXL DMX from Traxon is a 50 x 50 cm tile containing 64 RGB light sources that can be illuminated individually. The LEDs are mounted onto a back panel and Traxon is now manufacturing and selling the panels as well as the complete systems. LEDs are supplied by Cotco. Several 64PXL panels can be interconnected and jointly controlled via DMX. Visually mesmerizing images – both static and animated- as well as text and movie files can be displayed. These features place the 64PXL panel half way between LED lighting effects and LED video screens. Following on from its LED display frames, G-LEC has now developed the Tube, a set of frameless lightweight and flexible tubes containing LED pixels mounted on a linear PCB. Each pixel contains three LEDs with a total brightness of 800 mcd. Tubes can be cut to length and hung to make a 3D presentation. Also, G-LEC has now integrated quieter fans into the frames of its PhantomFrame product, to draw air up through the tubes and provide cooling. The pixels in the PhantomFrame containing 5 LEDs and have a brightness of 5100 mcd.