Around half of the US lamps market will no longer be forced to an SSL transition with new energy policy announced by Trump’s DOE. 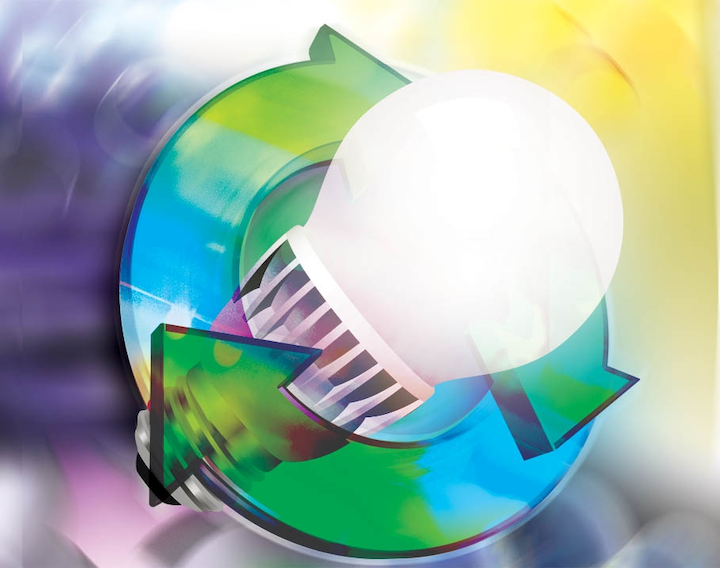 The US Department of Energy (DOE) is set to enter new policy into the Federal Register on Sept. 5, 2019 that will eliminate the looming policy that would have required a broader transition to LED sources starting Jan. 1, 2020. Policy will remain in effect essentially requiring ubiquitous A-lamps (sometimes referred to as pear-shaped lamps) to be manufactured using LEDs, but other specialty lamps such as reflector lamps and candelabra- and globe-shaped lamps will not be required to use LEDs. A-lamps were also slated to face even more-challenging efficiency standards starting Jan. 1, 2020, but the DOE has eliminated plans to enact such policy.

We first covered the plans for this policy rollback that will impact the solid-state lighting (SSL) sector back in February 2019. The DOE had previously planned to expand the scope of what is considered either a general service lamp (GSL) or a general service incandescent lamp (GSIL) to include four types of what had been excluded from the efficiency policy via designation as specialty lamps. Note that the policy doesn’t specify the use of LED sources but rather requires efficacy levels that can only be met today via the use of LEDs.

The changing policy brought widely divergent claims for different sides of the SSL industry in terms of impact on citizens and the environment. The new policy is favored by the National Electrical Manufacturers Association (NEMA) and a number of large lamp manufacturers that are prominent NEMA members. Those manufacturers want to preserve the ability to use fully-depreciated manufacturing facilities to make specialty lamps based on incandescent or halogen technology. The proponents position the change as simply giving consumers choice.

Opponents of the move, however, say it will leave half of the total lamps market to continue and utilize the legacy inefficient technology. The website ASAP (Appliance Standards Awareness Project) suggested in the extreme that the change could require generation of an additional 80 B (billion) kWh of power each year. That amount of energy could supply all residential households in New York and Pennsylvania for a year, according to The Hill website.

The increased needs directly tied to the legislation mean more new power plants and more negative environmental impact. The Center for Energy Efficiency Standards at the National Resources Defense Council said the new Trump administration policy will require 25 new power plants by 2025 and cost US consumers $14B. Of course, President Trump is unabashed supporter of more coal power plants, a disbeliever of coming dire environmental consequences, and a proponent of fewer regulations for businesses.

The reality will fall somewhere in the middle of the extremes. As we covered from a Cree executive keynote earlier this year at Strategies in Light, the cost premium of LED-based lamps has largely been eliminated. Therefore, many consumers will continue to move to LEDs given the inherent energy savings and long lifetimes.

Our sister business unit and market research firm Strategies Unlimited offers a report dedicated to the replacement lamps market. The data has not been updated this year, but the lamps sector has been moving along a projectable path toward SSL saturation. However, policy rollbacks such as the new work by the DOE could change the outlook considerably.