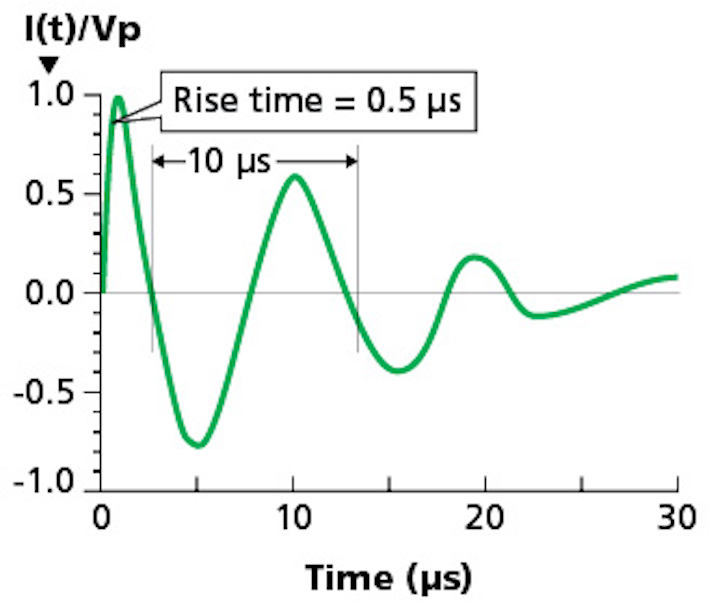 Indoor farming is quickly becoming a growth industry, especially with the advent of LED-based horticultural lighting. One factor driving this growth is likely the rapid decrease in the amount of arable land available for traditional agriculture. According to the United Nations’ Food and Agriculture Organization, the amount of arable land per person around the world is shrinking at an alarming rate, decreasing from 0.38 hectare in 1970 to 0.23 hectare in 2000, with a projected decline to just 0.15 hectare per person by 2050. As a result, more fruit, vegetable, and flower growers are turning to indoor horticulture for reasons ranging from a desire to bring the field closer to the table, to farm more sustainably on less real estate using fewer resources, to allow for a year-round growing season, or simply to raise crops that otherwise couldn’t flourish in a particular climate. But developers working on LED-based horticultural fixtures must take steps to ensure reliable operation in a potentially harshenvironment.

There are other advantages to LED lighting. It’s easy to control both in terms of on-off cycles and dimming, and in spectrum. What’s more, LED lamps feature long operating lifespans (more than 50,000 hours) that speed up payback and reduce maintenance costs.

Still, lighting system developers seeking to take advantage of the growing demand for products suitable for indoor agriculture must be aware that LEDs aren’t as robust in terms of withstanding electrical disturbances as HPS lamps. Hazardous conditions that affect horticultural lighting can be the result of environmental factors such as heat and humidity, in addition to the typical disturbances that can negatively impact any electrical system, namely power faults and switching load surges.

Unlike many general lighting applications, LED lighting systems designed for plant growth are usually intended to operate continuously to maximize annual crop yields. In addition, the operating environment is often very humid, and electronics may be subject to chemical, biological, or other types ofcorrosion.

Indoor farming can involve a wide variety of growing systems and facility types, including everything from purpose-built indoor vertical farms to recycled shipping containers, as well as growing systems ranging from hydroponics to cultivating plants traditionally in soil in standardized containers. LED lighting for horticulture takes a variety of form factors, depending on the type of plants grown and the structure of the growing environment. These form factors include LED strings, LED arrays, flowering lamps, or linear LED lamps (also known as TLEDs).

Lighting control electronics (for timing and power) are typically located inside a wall-mounted enclosure. The entire control circuit must be protected from transients — from the LED to the passive and active components upstream. Providing protection from transients for both the LEDs and all the active and passive components upstream from them in the circuit is one of the most significant challenges associated with indoor LEDluminaires.

Any electrical component directly connected to an AC power source can be damaged by short-circuit and overload conditions caused by component and/or circuit failures inside the luminaire. In addition, lightning surges or load-switching transients (originating outside the luminaire) can create voltage spikes or ring waves that can stress and ultimately damage components inside theluminaire.

To understand the circuit protection problem, let’s consider a typical driver circuit. Fig. 1 details a driver circuit for LED-based lights, breaking the functionality into the basic circuit blocks shown in the figure with AC power entering on the left and ultimately powering the LEDs located on the right. Working from right to left in the figure, we have:

The primary overcurrent protection device for an LED luminaire is located at the AC input. When properly sized and selected, an AC fuse in series with the AC line will adequately defend all downstream components from induced transients, overloads, and short circuits by safely disconnecting all circuitry from the AC line input.

A fuse is designed to be the intentional weak link in an electrical circuit, providing protection by reliably and predictably melting during short circuits and other current overload conditions. An AC fuse with an adequate I2t rating is necessary to pass applicable surge testing as described by standards such as the Energy Star ring-wave tests or according to IEEE C.62.41. The nominal melting I2t rating, which is expressed in ampere squared seconds (A2sec), specifies the amount of energy required to melt the fusing element.

Often, selecting a fuse based on the nominal melting I2t is meant for applications in which the fuse must endure multiple large current pulses of short duration. Different fuse constructions may not react the same way to a surge, even if their nominal melting I2t rating exceeds that of the waveform energy. For example, electrical surge pulses produce thermal cycling that can fatigue the fuse mechanically and shorten its life. 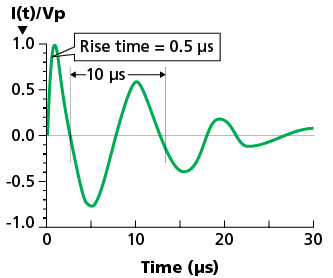 Designers of LED-based lighting systems for horticulture must consider a variety of important issues in order to select an appropriate AC input circuit fuse, including thefollowing:

For an LED-based light, the primary overvoltage protection device is an MOV located on the AC input circuit. It will clamp short-duration voltage pulses, and when properly selected for all the design parameters, help protect downstream components from electrical overstress (EOS) damage caused by ring-wave effects and induced transients. MOVs offer a cost-effective way to minimize transient energy that could otherwise make its way into downstream components. Proper MOV selection is based on a number of electrical parameters, including the voltage rating, peak pulse current, energy rating, disc size, and leadconfiguration.

Select an MOV based on the following importantparameters:

To ensure the reliability and robustness of LED strings, adding polymeric positive temperature coefficient (PPTC) resettable devices in series with the LED is a good strategy to use to prevent thermal runaway.

In addition, a PLED will protect the reliability of an LED string. If an LED in a string fails because of a surge, then all the LEDs downstream will go dark. Many designers add a PLED in parallel with each LED, so in the event that a single LED fails (LEDs typically fail open), the PLED shunts the current around it, keeping the rest of the stringilluminated.

Can your design live up to the standards?

As mentioned earlier, development teams must make sure their designs can meet standards in various geographies in addition to developing a robust circuit. Various regulatory organizations around the world have established a number of test standards that provide clear guidelines for manufacturers to follow when designing, manufacturing, and testing indoor LED bulbs, fixtures, and luminaires. Here are a few notes on some of the most important ones.

UL 8750 (Standard for Safety of LED Equipment for use in Lighting Products) requires the design to use a protective device that will interrupt or limit the flow of current in the event of an overload, in order to minimize the risk of fire and shock. For this type of application, a fuse is the most reliable and commonly used technology to protect against short circuit or overload events.

In the United States, bulb manufacturers must comply with Energy Star transient voltage surge specifications for LED replacement bulb assemblies used in residential and certain commercial applications. For example, Version 1.4 of the Energy Star program requirements defines a 0.5-µs, 100-kHz ring wave transient test (as illustrated in Fig. 2) for integral LED lamps. Other test requirements include a test level of 2.5 kV/83 A, line-to-line (ANSI/IEEEC.62.41-1991, Class A [i.e., indoors] operation) and the ability to withstand seven strikes in common mode and seven in differential mode, with one minute between each strike.

In countries other than the United States, the IEC/EN 61347 LED driver (power supply) specification and IEC/EN 62031 for LED arrays/modules contain safety requirements for these power supplies.

IEC 61000-4-5 is used throughout many countries. It is a surge standard often used for LED lighting assemblies. In addition, part of IEC 61547, “Equipment for General Lighting Purposes” requires EMC immunity testing. Fig. 3 shows two waveforms that define the rise time and duration of the test voltage and current.

The ongoing expansion of the indoor farming market means that lighting design engineers need to educate themselves about how to protect the LEDs that will be an essential part of this industry. Circuit protection device manufacturers are an excellent source of guidance on the various fuse, MOV, and TVS diode options available and how to apply them.

TODD PHILLIPS is global marketing manager at Littlefuse, focusing on the LED, datacenter, and mobile markets. He joined Littelfuse as a sales engineer in 2006 for the industrial industrial business unit. Phillips joined the electronics business unit in 2011 as a regional sales manager. His current responsibilities include development of marketing collateral material, management of marketing activities for new product launches, and performing market studies and feasibility analyses for new product ideas. Phillips has presented at the 2018 IES Street & Area Lighting Conference and has appeared in thought leadership videos for Littelfuse. He received his BSEE from Milwaukee School of Engineering.