LEDs are ubiquitous now, but fifty years and a few days ago they were completely unheard of until General Electric scientist Nick Holonyak Jr invented a visible red laser that was the precursor to the modern LED. 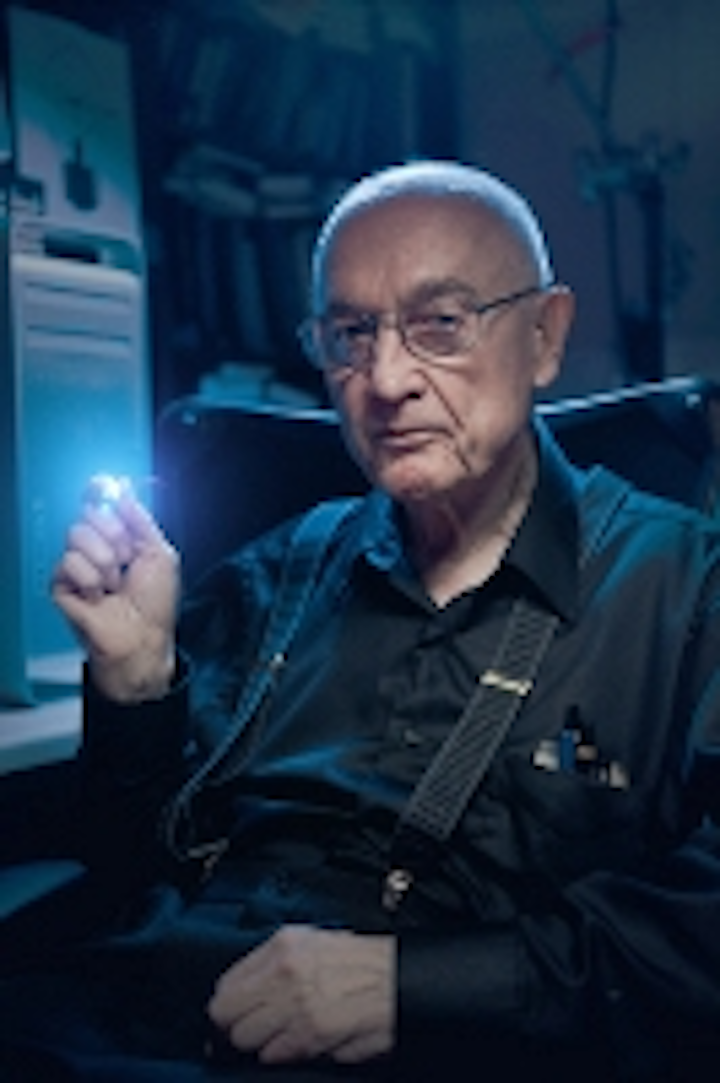 Over the two day period, October 9-10, 1962, Dr. Nick Holonyak Jr assembled and operated a red laser based on gallium arsenide phosphate (GaAsP) that was essentially the first LED that produced visible lighting from a semiconductor junction. The solid-state lighting (SSL) industry is celebrating the anniversary of the General Electric (GE) scientist's work as he had sought to build a laser that delivered visible light while GE colleagues were working on infrared lasers.

According to GE historians, the researchers referred to Holonyak's laser as "the magic one" because it yielded visible light. About his thoughts at the time, Holonyak said, "If they can make a laser, I can make a better laser than any of them because I've made this alloy that is in the red-visible. And I'm going to be able to see what's going on. And they're stuck in the infrared."

That leads us to now as we in the industry we celebrate the fiftieth anniversary of the LED, and appreciate the story of how they came to be. Moreover, the University of Illinois, where Holonyak attended engineering school, will hold the "LED 50th Anniversary Symposium" on October 24-25.

Holonyak was 33 years old when he created the first practical visible-spectrum laser. But he has described the discovery more as a journey than as a single event.

In a conversation with the Tech Goes Strong website, he described the multiyear process of developing the "red-spectrum III-V alloy GaAsP." After he illuminated the red laser, Holonyak has said that he knew immediately that the technology would go beyond red light.

Since the original LED in 1962, the technology has grown rapidly. With seven-segment LED displays seeing popularity in the 1970s and 1980s, but falling off due to liquid crystal displays being more flexible and lower cost at the time, for a while it seemed like LEDs would not be a popular technology. Due to defects in crystal structure and poor substrate creation, the light output of LEDs was not anywhere near its potential. However, in the 1990s high-brightness gallium nitride (GaN) LEDs were discovered, and it was a short step to the 2000s, when bright white LEDs became a lighting revolution.

While LEDs, which Holonyak has called "the ultimate lamp", are still growing in popularity, it's important to look back and see the origin of this incredibly impactful technology. Odds are that the device you're reading this on is lit by one, after all.