Despite an efficiency advantage over other light sources, LEDs can still suffer reliability issues if all parts of the lighting system, including the driver, aren’t properly protected from over-temperature situations, says Steve Roberts. 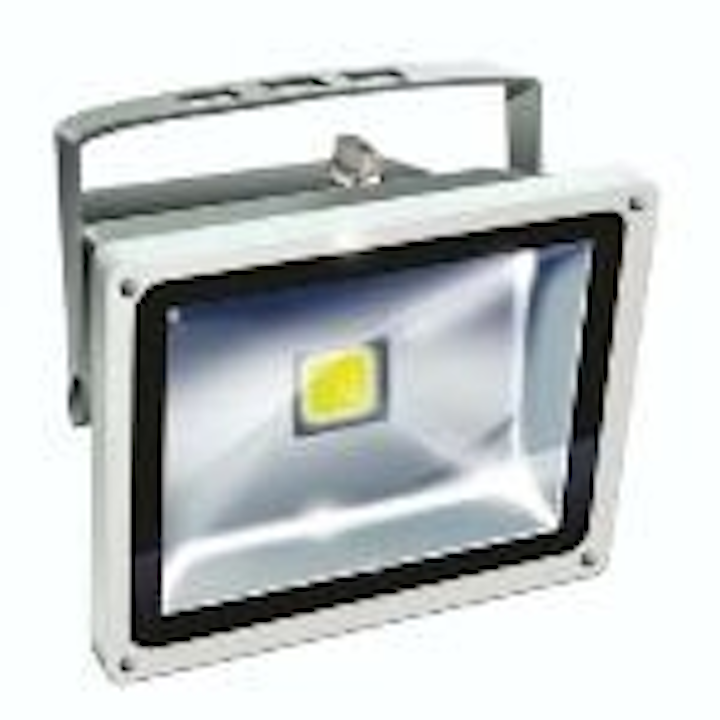 LEDs are typically around three times as efficient as traditional forms of incandescent lighting and yet they will still fail prematurely if not bolted onto a bulky heat sink. It seems counter intuitive to have a more efficient solid state light that needs more heat-sinking than an inefficient traditional light. Let’s consider an example of two floodlights: one using a traditional linear halogen bulb and the other an LED array, to understand the thermal issues involved. We will then discuss how to enhance the LED driver circuit to protect both the driver and the LED from thermally-related premature failure, as a robust thermal system design must account for all elements of the lighting system including the driver.

Both floodlights have the same performance in that they both have a radiant power of 5W. Note that watts are the radiometric units of radiant flux while the more commonly given specification of lumens are photometric units of luminous flux. The relationship between watts and lumens is not simple and beyond the scope of this discussion. The point here is that both floodlights look equally bright to the human eye and have roughly similar visible light spectrums.

This article was published in the November/December 2010 issue of LEDs Magazine. To read the full version of this article, please visit our magazine page, where you can download FREE electronic PDF versions of all issues of LEDs Magazine. You can also request a print copy of LEDs Magazine (available by paid subscription) and sign up for our free weekly email newsletter.