Four Dutch growers have deployed horticultural SSL products powered by Plessey to grow tomatoes, and a variety of flowering plants in four trials slated to run through summer. 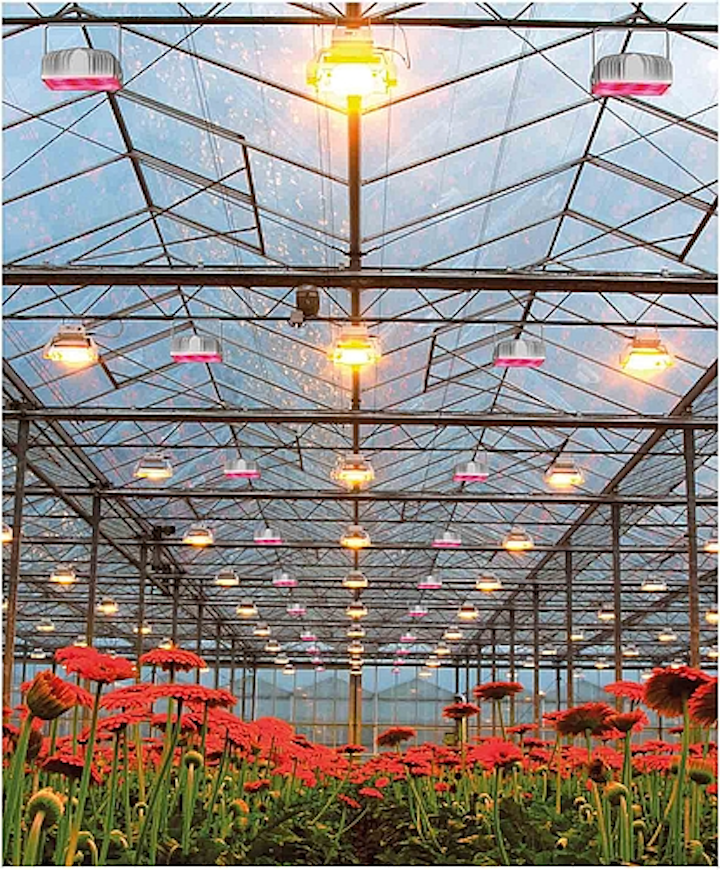 Four Dutch growers have deployed horticultural SSL products powered by Plessey to grow tomatoes, and a variety of flowering plants in four trials slated to run through summer.

LED manufacturer Plessey has announced four horticultural lighting trials in the Netherlands that are using fixtures developed by the company that mix colored LEDs with its phosphor-converted white LEDs based on silicon substrates — generally referred to as gallium-nitride-on-silicon (GaN-on-Si) LEDs. Dutch companies Villa Gerbera, Gebr. Koot BV, Together2Grow, and Slijkerman are respectively testing the solid-state lighting (SSL) on Gerbera (daisy family), tomatoes, Alstroemeria (lily family), and Kalanchoe (a decorative succulent). The trials will run through the summer at which point the effectiveness of the LED lighting will be evaluated.

Plessey has shown considerable interest in the horticultural space going back about one year when it signed a licensing agreement with PhytoLux. And PhytoLux founder Steve Edwards has now taken an active role at Plessey and indeed spoke at our inaugural Horticultural Lighting Conference last year.

The company surely saw horticulture as a significant opportunity to supply its GaN-on-Si LEDs. Indeed, the company was already making blue emitters for use in its white LEDs. So Plessey only has to source red LEDs externally to deliver horticultural lighting products. 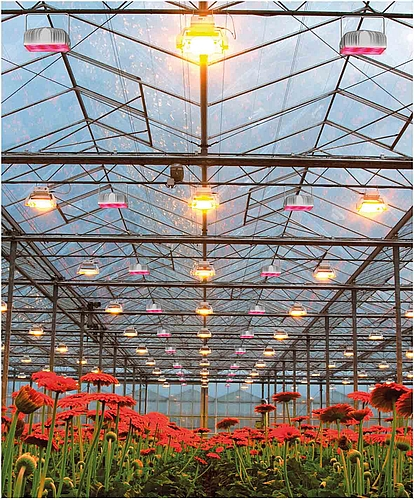 Plessey has announced several horticultural lighting projects in the Netherlands where luminaires based on the company's LED technology are being used to augment growing operations.

On the fixture product front, Plessey has said its Hyperion 1000 and 1600 LED fixtures can directly replace high-pressure sodium (HPS) lamps and cut energy usage by 40%. The products were formally launched back in January as replacements for 600W and 1000W legacy HPS lamps. The high-output designs are intended for greenhouse-type applications growing vegetables and flowers as opposed to vertical farms where fixtures are placed directly above the plant canopy of cultivars such as leafy greens.

The new pilot trials announcement didn’t specifically reference the products used, but the application in the trials would fit the usage touted for those fixtures. They can be used as one-for-one replacements of HPS lights, although in this case the products are being used to augment existing lighting.

“Many growers are convinced that if they can find an additional light source, which is low in energy and adds little extra heat to their glasshouse, they will be able to deliver greater yields,” said Jonathan Barton, Plessey’s director for grow lights. “The trials we are conducting are confirming to top Dutch growers that our LED technology can bring them significant benefits. The trials will continue to run through to the early summer of 2017 and we will be revealing early indications of impact on yields before then.”

And speaking of the Netherlands, we will hold our next Horticultural Lighting Conference in Eindhoven on May 23, 2017. That will be followed by another US conference in October.

*Updated May 8, 2017 for specification correction.