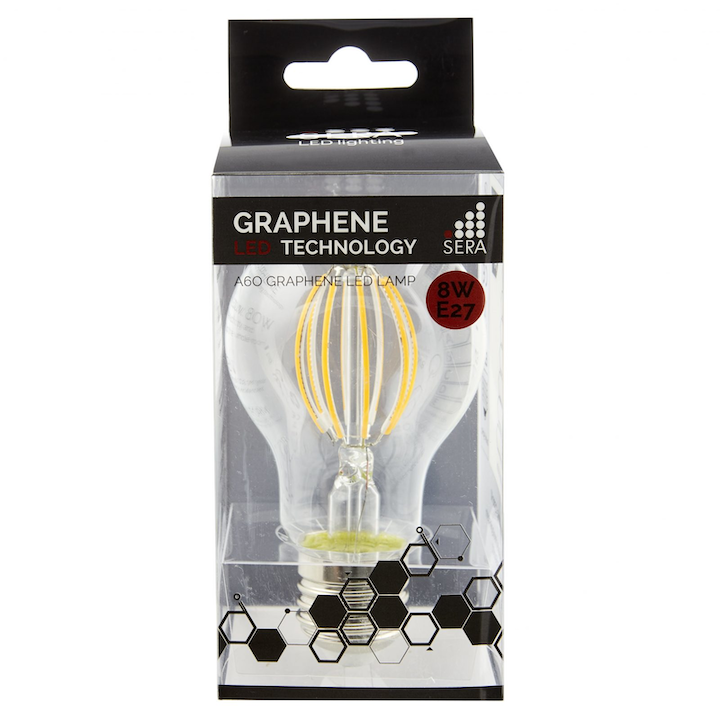 These 8W LED bulbs are built using the Latest Graphene LED technology, developed by Manchester University (GB). The developers of the advanced LED technology were awarded the 2010 Nobel Prize in Physics. By using Graphene, these LED bulbs are more efficient than a traditional LED, meaning they run cooler and brighter for longer. We’ve got a handy page all about what graphene actually is, so head over there if you’d like some more information on the new wonder material.

Why buy a Graphene LED bulb?

Graphene is Designed to last 25% longer than other LED.
Graphene LED designed to be Brighter for longer.
Graphene runs colder than Standard Filament LED Lamps by around 16°C.
Request More Information

Fill out the form below to request more information about E27 GRAPHENE LED LIGHT BULB (A60) 8W DIMMABLE.

Traditional and LED Lampholders and Bases